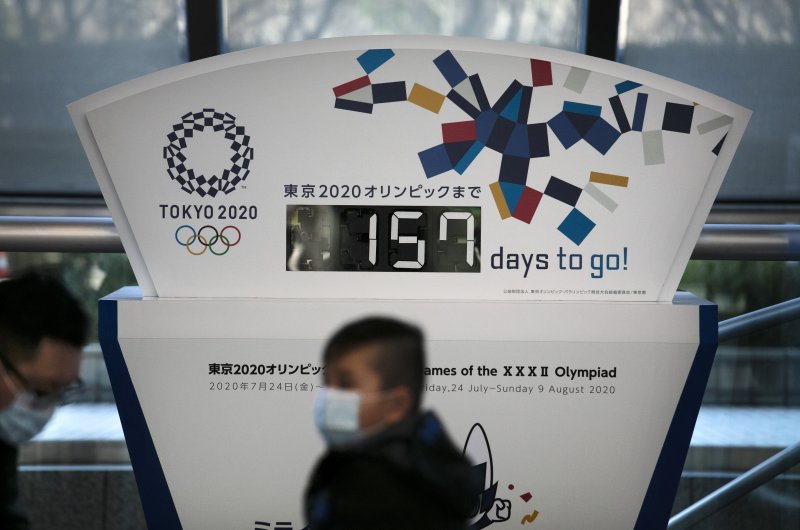 Japanese Prime Minister Shinzo Abe on Wednesday called for sports and cultural events to be scrapped or curtailed for two weeks as the country battles to stem the coronavirus contagion amid mounting concerns the 2020 Tokyo Olympics could be canceled.

Abe's call came after a Tokyo baseball team said it would play games in an empty stadium this weekend, while two businesses in central Tokyo reported confirmed cases of infection a day after the government had urged companies to encourage staff to work from home or stagger commutes.

"Taking into account that the next one to two weeks are extremely important in stopping the spread of infection, the government considers there to be a large risk of transmission at sports, cultural events and large gatherings of people," Abe said in Parliament.

As of mid-afternoon Wednesday, Japan had close to 170 cases of infections from the flu-like coronavirus, separate from 691 reported from a cruise ship that was quarantined off Tokyo earlier this month.

The northern island of Hokkaido, the region most affected outside Tokyo with 38 cases, reported another fatality related to the virus, bringing the total in Japan to six, including four from the cruise liner. Hokkaido will seek to close public elementary and junior high schools for a few days starting from Thursday, the Kyodo news agency reported.

The disease is believed to have originated in the Chinese city of Wuhan late last year and has spread rapidly, infecting about 80,000 people globally and killing more than 2,700, the vast majority in mainland China.

Japan's government has shifted its strategy in fighting the contagion, seeking to slow its expansion and minimize the number of deaths rather than stopping it completely, now seen as impossible.

Earlier on Wednesday the minister in charge of the Olympics sought to quell fears the Olympics could be canceled.

International Olympic Committee (IOC) member Dick Pound said earlier the Games would more likely be canceled than postponed or moved should the virus threat enforce any change in schedule, the Associated Press reported, with a decision necessary by May.

"The IOC is preparing for the Tokyo Games as scheduled," Minister Seiko Hashimoto said in Parliament when asked about Pound's comment. "We will continue our preparations so that the IOC can make sound decisions."

Officials have consistently denied the Olympics will be postponed or canceled. But Tokyo has been forced to postpone training for volunteers, with large-scale gatherings like March's Tokyo Marathon already voluntarily curtailed or halted altogether.