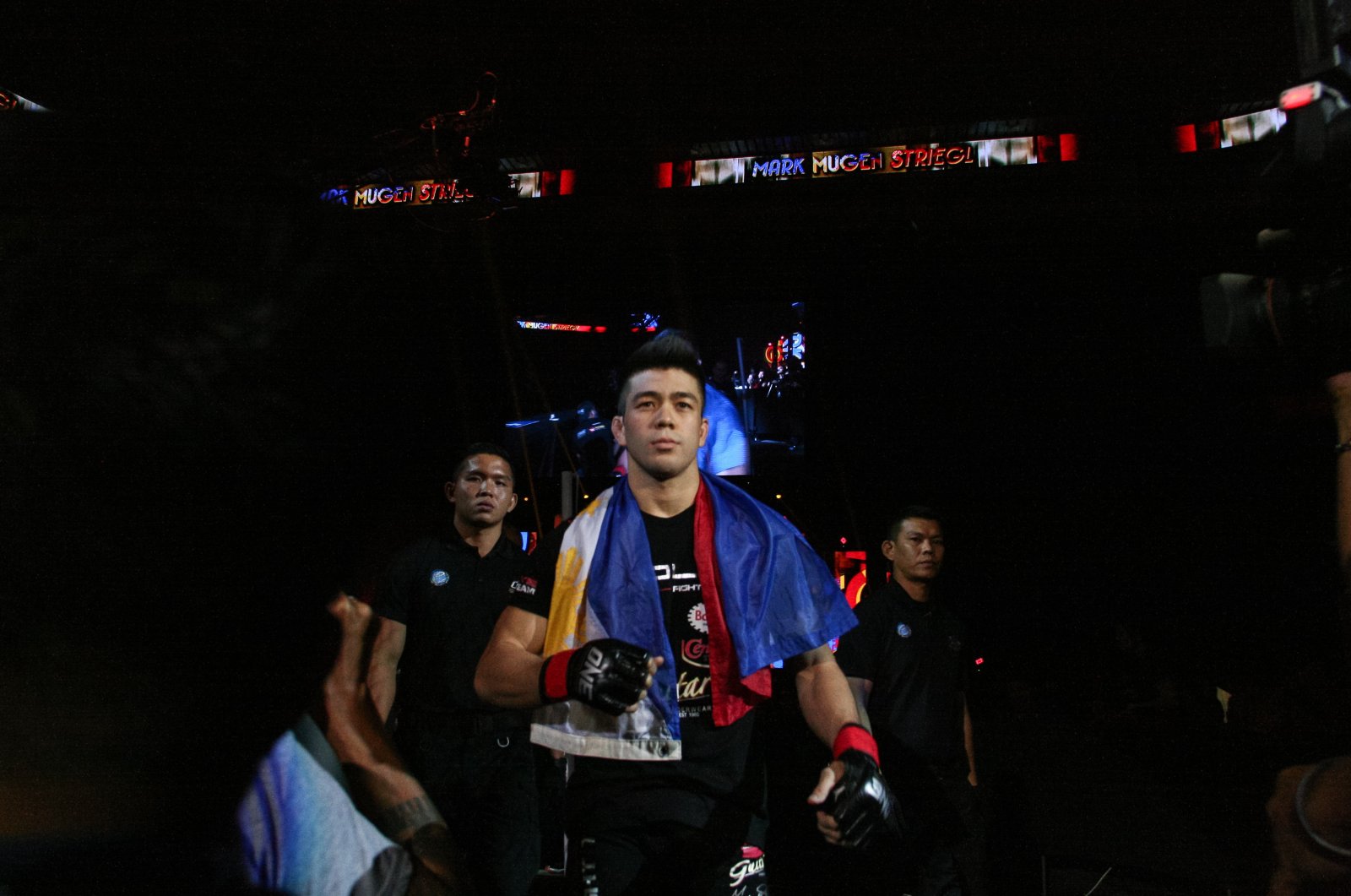 Mark Striegl makes his UFC debut in Abu Dhabi this weekend having taken a path forged by centuries of feared Filipino warriors and followed by boxing great Manny Pacquiao.

Striegl based himself in the cool mountain climate of Baguio City, and it paid off as he became the only Philippines-based fighter on the UFC's books.

"There's the high-altitude training, but there's also the history there," said Filipino-American Striegl. "Once I'd fought there, I couldn't get myself to leave."

Baguio City – on the northern Philippines island of Luzon – has in the past hosted eight-weight world champion Pacquiao's training camps.

He met a local woman and fell in love both with her and the popular Filipino holiday destination, which offers a welcome respite from the sticky heat of much of the sprawling tropical archipelago.

The mountains are home to the indigenous Igorot people, legendary warriors who resisted colonial domination for hundreds of years.

From 1565 to 1898, they successfully fought to keep the gold found on their lands out of the hands of Spanish colonial powers.

They continued their defiance after Spain ceded the Philippines to the United States. They then fought against Japanese occupiers during World War II.

"Everybody knows about the warriors from the mountains, and that history really surrounds you," said Striegl.

Today Baguio City is home to gyms such as Shape Up Boxing and Team Lakay MMA that have hosted a string of top-class fighters, including Pacquiao and the Asia-based One Championship's strawweight MMA world champion Joshua Pacio.

'Living in a movie'

Striegl, who has an MMA record of 18 wins with two defeats will begin his UFC career in the talent-rich bantamweight division against Russia's Said Nurmagomedov (13-2) on Sunday morning at "Fight Island" in Abu Dhabi.

It's a debut delayed from August when Striegl tested positive for COVID-19 just two days before a maiden bout at the UFC's Las Vegas base, despite having spent weeks in isolation in Manila before traveling.

After 10 days in quarantine fighting off the coronavirus, he was cleared to resume training and now comes his date with Nurmagomedov – the first contest of Streigl's four-fight UFC contract.

"Thankfully it came and it went," Striegl said of the virus.

"I had a fever and lost my sense of taste and smell. But now I have had a full fight camp, and I am super stoked. It's almost like I have been living in a movie."

Striegl was born in Tokyo to an American father and Filipina mother and started out in karate and wrestling. He spent his college years in California before turning to MMA and making the Philippines his home.

Striegl grafted for a decade in regional fight promotions such as Asia's One Fighting Championship and the Philippine-based Universal Reality Combat Championship where he claimed the featherweight belt. He is also the reigning Southeast Asian Games combat sambo gold medalist.

"It's a crazy, crazy game," said Striegl. "This is just one of those adventures I will look back on one day and just laugh about. It's super fun."

The UFC was one of the first international sports organizations to restart during the COVID-19 pandemic, setting up sports "bubbles" in Florida, Las Vegas and then in Abu Dhabi where the promotion is currently having its second monthlong stay.

"I'm expecting a war," said Striegl. "There's never an easy fight in the UFC, and I am expecting Said to bring out the best in me.