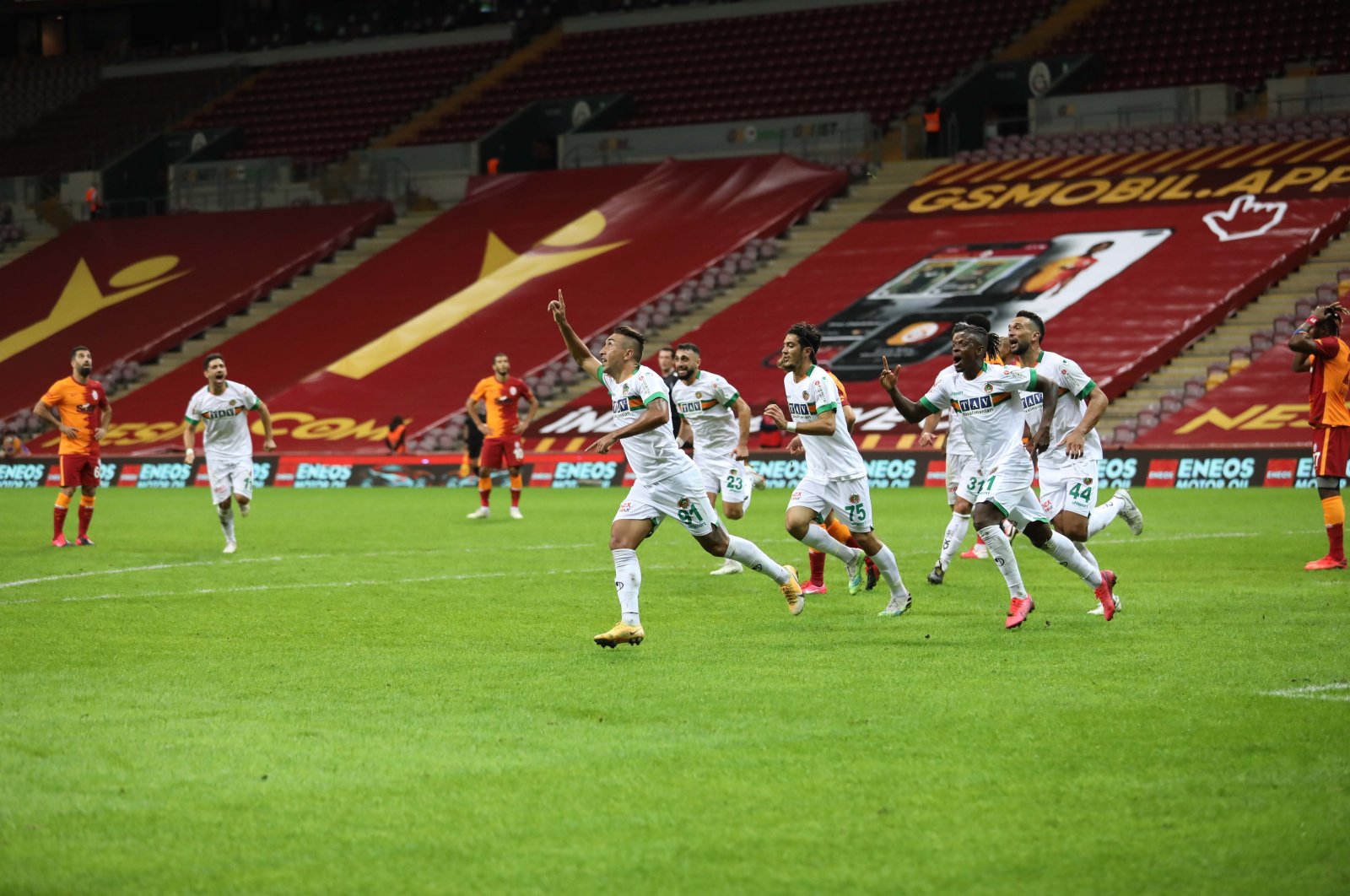 Even though it has been only 10 weeks since the start of the Süper Lig season, the top of the table shows it will be a very tight race this time around.

Alanyaspor, the unbeaten leaders of the league suffered its first defeat against Gençlerbirliği this week. Galatasaray kept its under-the-radar run with a victory against Hatayspor, while Fenerbahçe made a strong return against Denizlispor.

All three teams have 23 points each, but Alanyaspor has one match in hand. Adding to these three, Beşiktaş has reached 19 points and has also played one match less than Fenerbahçe and Galatasaray.

Combined with an even more chaotic mid-table with five teams at 15 points, the rest of the Süper Lig season is going to witness lots of drama and excitement.

Starting with the leader, Alanyaspor is without a doubt the most organized team in the Süper Lig at the moment. Its surprising defeat against Gençlerbirliği could only be an accident, which the following weeks will determine.

If we set this week aside, manager coach Çağdaş Atan's team is a master of defensive build-ups. The entire plan is built around creating more time and space for Davidson Pereira and Anastasios Bakasetas in the left wing, so the passes among left back Juanfran, left center back Steven Caulker and defensive midfielder Salih Uçan has a clear purpose.

If this somehow does not work, right center-back Georgios Tzavellas shows a 2015 Jerome Boateng performance with his opening passes. This plan and its implementation are the most sophisticated form of a build-up in Turkey at the moment.

Chasing Alanyaspor, Fatih Terim's Galatasaray has been playing a very solid game for a couple of weeks as well. Nevertheless, unlike Alanyaspor, Galatasaray's build-up shines more in front of their game as they have many talented players there. Terim gave up on his dominant game and switched to a more direct attacking strategy. Falcao's injury was naturally unwanted but the team benefits from a more dynamic Mbaye Diagne as the striker.

Galatasaray has started to play a more fluid game with less possession in their opponent's half, better suited to Diagne's athleticism.

Defensive midfielder Taylan Antalyalı's box-to-box performance was another crucial point in the team's return after the Alanyaspor defeat.

Another manager who learned his lessons from an important defeat was Fenerbahçe coach Erol Bulut. After losing to Beşiktaş mainly due to lack of organization in its attack strategy, Bulut ordered his team to make fewer crosses and play more through balls. Just like Alanyaspor, which Bulut coached last season, Fenerbahçe used the left wing to organize attacks against Denizlispor.

Then, with a wiser and refined Caner Erkin in the left wing, the team was able to deliver precise balls towards Denizlispor's penalty box. If Bulut continues to improve this wise game, Fenerbahçe can seriously challenge Alanyaspor and Galatasaray in the following weeks.

Finally, I do not like to say that "I told you so," but Beşiktaş sprung back to life after the two-week Nations League break, with a new defensive strategy.

It was obvious from the beginning of the season that this team would not be able to play the crazy attacking game in manager Sergen Yalçın's mind, no team in Turkey has that level of stamina. Now, Beşiktaş plays a much wiser game with a solid defensive plan, combined with an athletic forward line and an energetic midfield.

Atiba Hutchinson, Bernard Mensah and Josef de Souza, or Dorukhan Toköz trio gives Beşiktaş a very strong center. The balls intercepted in this area are quickly delivered to Vincent Aboubakar, Rachid Ghezzal and Cyle Larin/Georges N'Koudou in front. The team will most definitely struggle against purely defensive sides, but so far, it has built a very strong foundation.