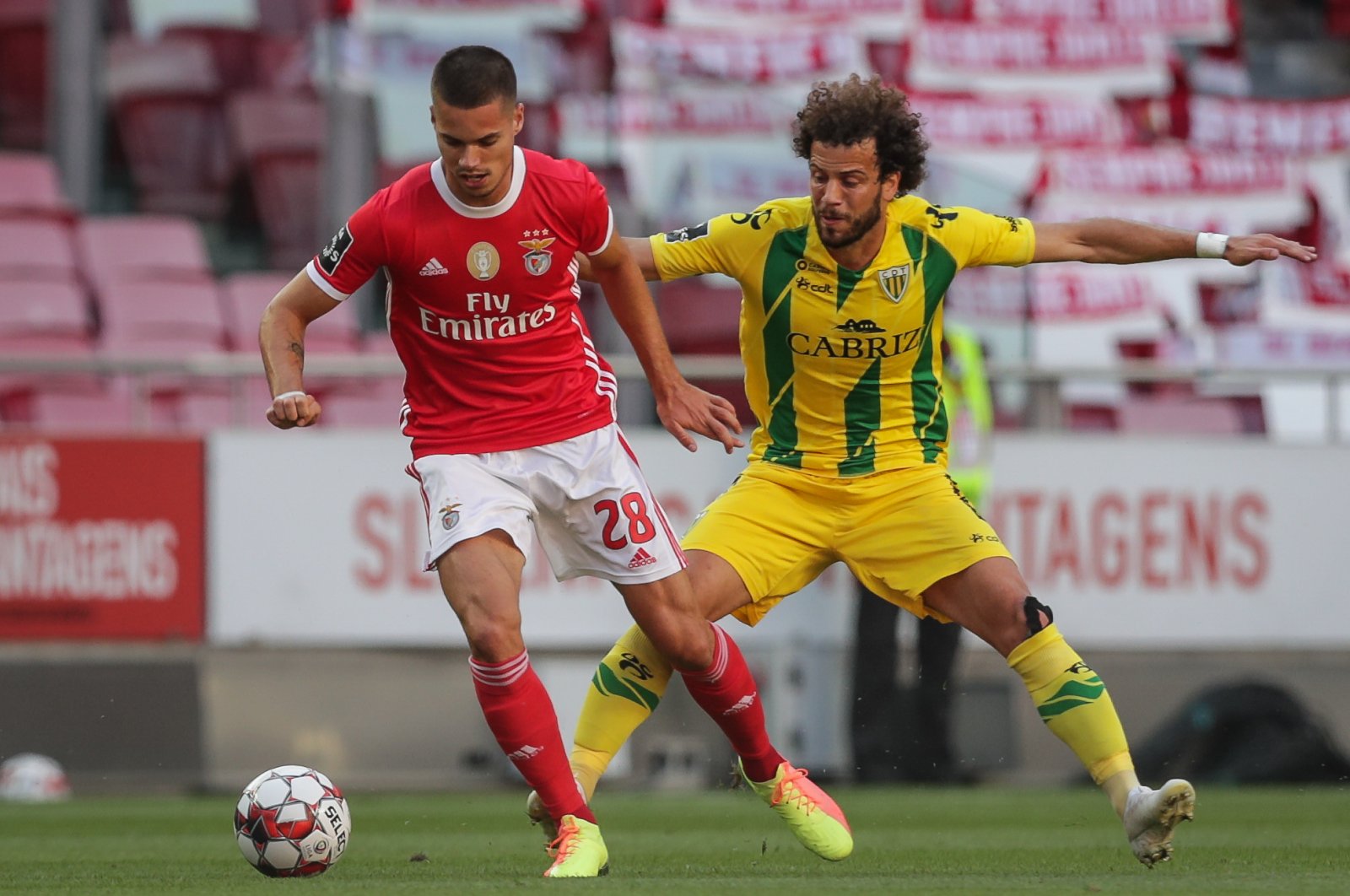 Two Benfica players were sent to the hospital after being injured during an attack on the team bus following their goalless draw at home to Tondela on Thursday night.

German midfielder Julian Weigl and Serbian forward Andrija Zivkovic were hit by shrapnel as the bus was stoned while returning to Benfica's training ground, the club said in a statement.

A video posted by the Record newspaper in Portugal showed a bus with broken glass on the floor and damage on the outside.

The team was traveling along a motorway in Lisbon after Benfica's 0-0 draw meant they missed the chance to move ahead of Porto on points at the top of the Primeira Liga.

It was Benfica's first game back since the three-month break due to the coronavirus pandemic.

A club statement read: "Benfica condemns and regrets the criminal stoning that the players' bus suffered while heading to the Seixal training ground after the game against Tondela on Thursday night at Estadio da Luz."

"We inform that, as a matter of precaution, players Julian Weigl and Zivkovic were immediately taken to Hospital da Luz to be observed, following the shrapnel that hit them."

"Benfica guarantees its full collaboration with the authorities, on whom it calls for the greatest effort to be made in order to identify the offenders responsible for these criminal acts."