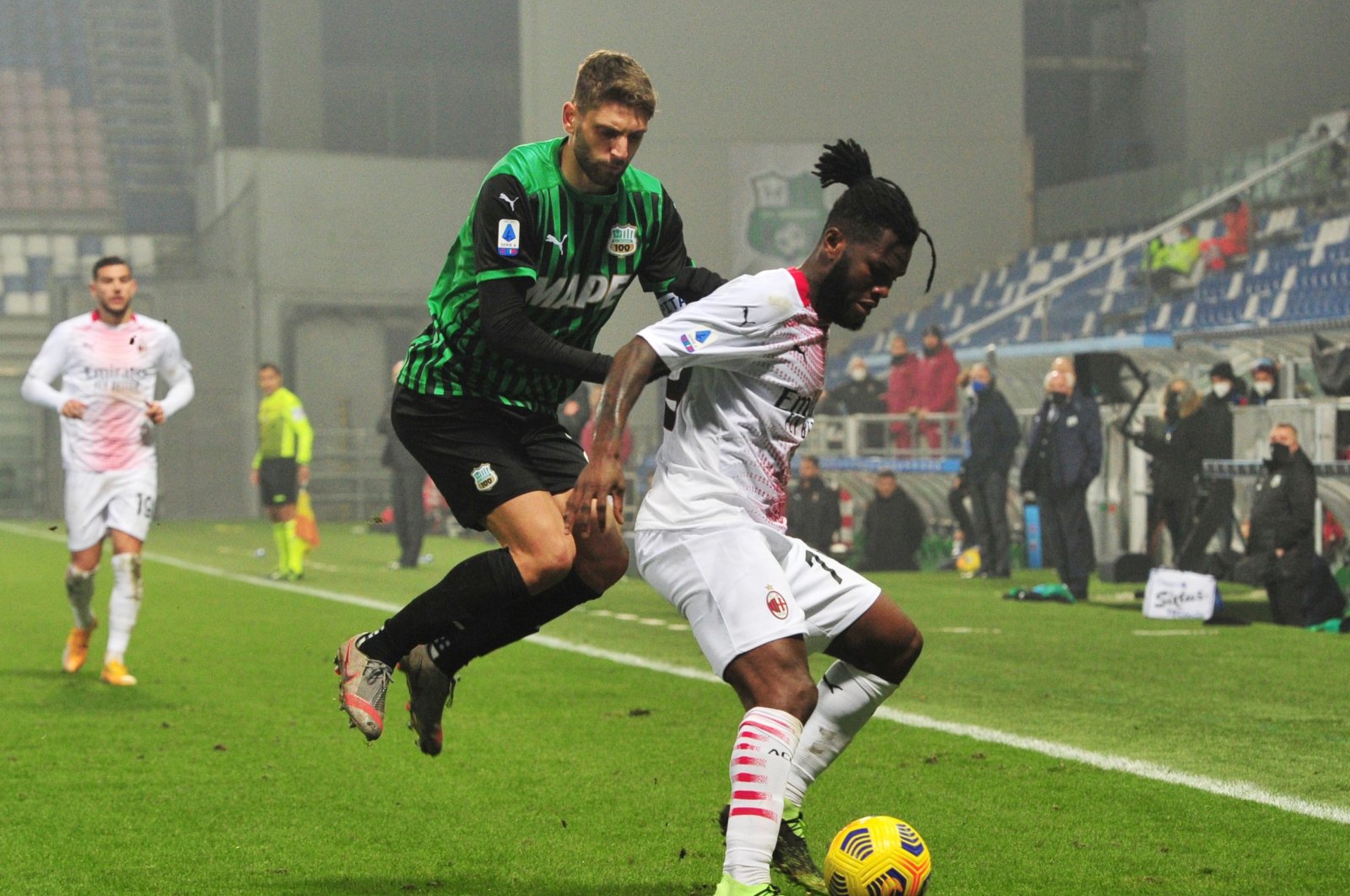 Serie A leaders AC Milan's unbeaten league run, which stretches back to March, faces a stiff test against Lazio in the San Siro. "We have one game left against Lazio, and we might be able to achieve our first objective (staying at the top of Serie A) on December 23," said Milan coach Stefano Pioli. "It would add to our success in the Europa League this season, so we'd end a very positive year."

But Antonio Conte's Inter Milan are just one point behind in second before their trip to ninth-placed Hellas Verona. Inter last won the Serie A title in 2010, with Milan taking the honors the following year. Since then Juventus have dominated.

Andrea Pirlo's champions are third, four points behind AC Milan, and have a chance to pile the pressure on their northern rivals at home Tuesday against struggling Fiorentina. Cristiano Ronaldo has been clinical as always, leading all Serie A scorers with 12 goals. Juventus can also take advantage of injury worries among its rivals. Zlatan Ibrahimovic remains out for a sixth consecutive league match for Milan with a leg muscle injury, even if Pioli's side have shown they can win even without the towering presence of the 39-year-old Swede. But Pioli also has a crisis in midfield with Ismaël Bennacer out, Franck Kessie suspended, and Sandro Tonali, Ante Rebic and Simon Kjaer in doubt. "I'd like to have more options to choose from, but we'll make the best of the situation as always," said Pioli. "The squad has always done well in turning difficulties into a chance to show something different and better. But we still have a very difficult match to play, probably with few players available, but we have the right mentality and character. We'll try and do it on Wednesday against a difficult opponent. We have to grit our teeth and dig deep and then enjoy Christmas."

Inter coach Antonio Conte's focus is firmly on the league after his Champions League hopes came to an abrupt end. Inter's domestic form has been better. They are on a six-match winning streak and have proved a tighter unit in December with fewer goals conceded. They also have the top strike force in the Italian league, led by Romelu Lukaku. Collectively Inter's forwards have scored 32 goals in 13 games. "We want to finish this cycle of fixtures in the best possible fashion," said Conte. "We don't want to give up now, and we need to hold firm against Verona, despite only having one training session beforehand. The hope then is to recover a bit of energy over Christmas because our lads haven't stopped, particularly with international commitments."

Behind the leading trio, Roma hosts Cagliari days after crashing 4-1 at Atalanta. Paulo Fonseca's side is pushing for a return to Champions League football along with Napoli who are just one point behind in fifth. Napoli lost to Lazio on Sunday and the next host Torino without injured Nigerian striker Victor Osimhen and club record scorer Dries Mertens. But captain Lorenzo Insigne will return from suspension. Seventh-placed Atalanta travels to Bologna looking to keep in touch with the European places amid increasing uncertainty over the future of out-of-favor Argentine captain Papu Gomez.