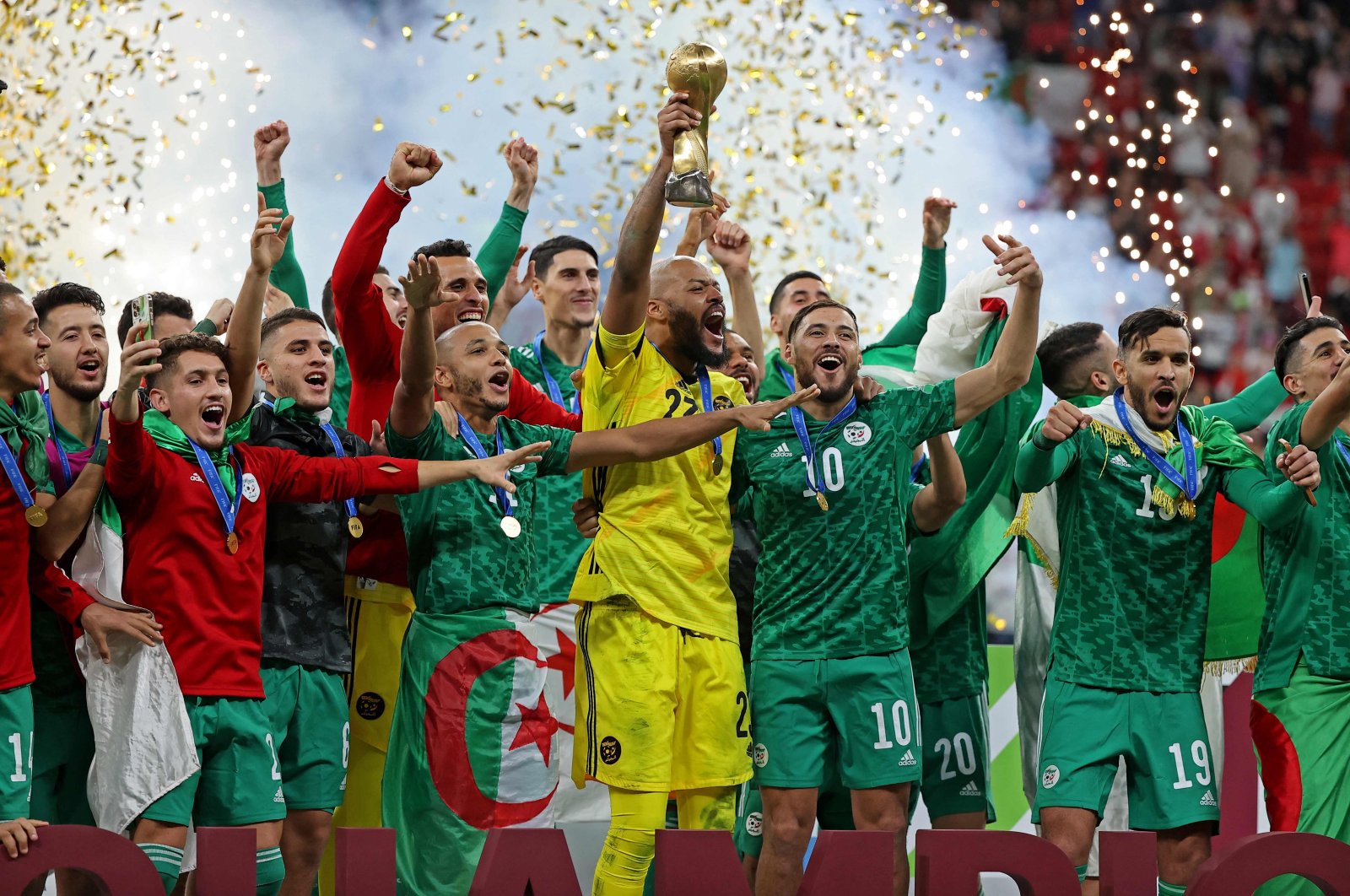 Extra-time goals by substitute Amr Sayoud and Yacine Brahimi gave Algeria the win in the final at the Al Bayt Stadium.

The 31-year-old Sayoud made his international debut in Algeria's opening game of the tournament but did not play again until coming on just past the hour mark in the final.

Brahimi scored on a breakaway with the last kick of the game as Tunisia pushed everyone up for a last-gasp corner and he raced away unchecked after the ball was cleared by the Algeria defense.

Both countries were playing without their European-based players and looked tired at the end of the 18-day tournament but kept pressing for goals against the backdrop of a raucous atmosphere delivered by a capacity 60,456 crowd.

The tournament was designed as a dress rehearsal for next year’s World Cup. It has been the first time fans have packed into some of the stadiums the Gulf Arab state built in preparation for the global showpiece tournament.

Thousands of fan-filled cars decorated with Algerian, Tunisian and Qatari flags headed north along the desert expressway leading to Al Bayt Stadium, around 50 kilometers north of the Qatari capital.

The stadium, which resembles a giant black and white Bedouin tent like those traditionally used by nomadic tribes in the Arab Gulf, will be the venue for the World Cup's opening match.

Tunisia struck the crossbar through Bilel Ifa in the 14th minute and Algeria goalkeeper Rais Mbolhi had to tip Naim Sliti’s effort over the top in a bright start for the underdogs.

But Algeria should have led when Tayeb Mezaini had the goal at his mercy in the 21st minute but put his effort wide.

Algeria had the better of the possession but the best opportunity of the second half went Tunisia’s way, as Seifeddine Jaziri led a last-minute counterattack but put his shot into the side netting.

Algeria finally made the breakthrough in extra time, although it needed more saves from Mbolhi to keep their lead intact.