Ailing Madrid chance for Koeman to prove himself at Clasico 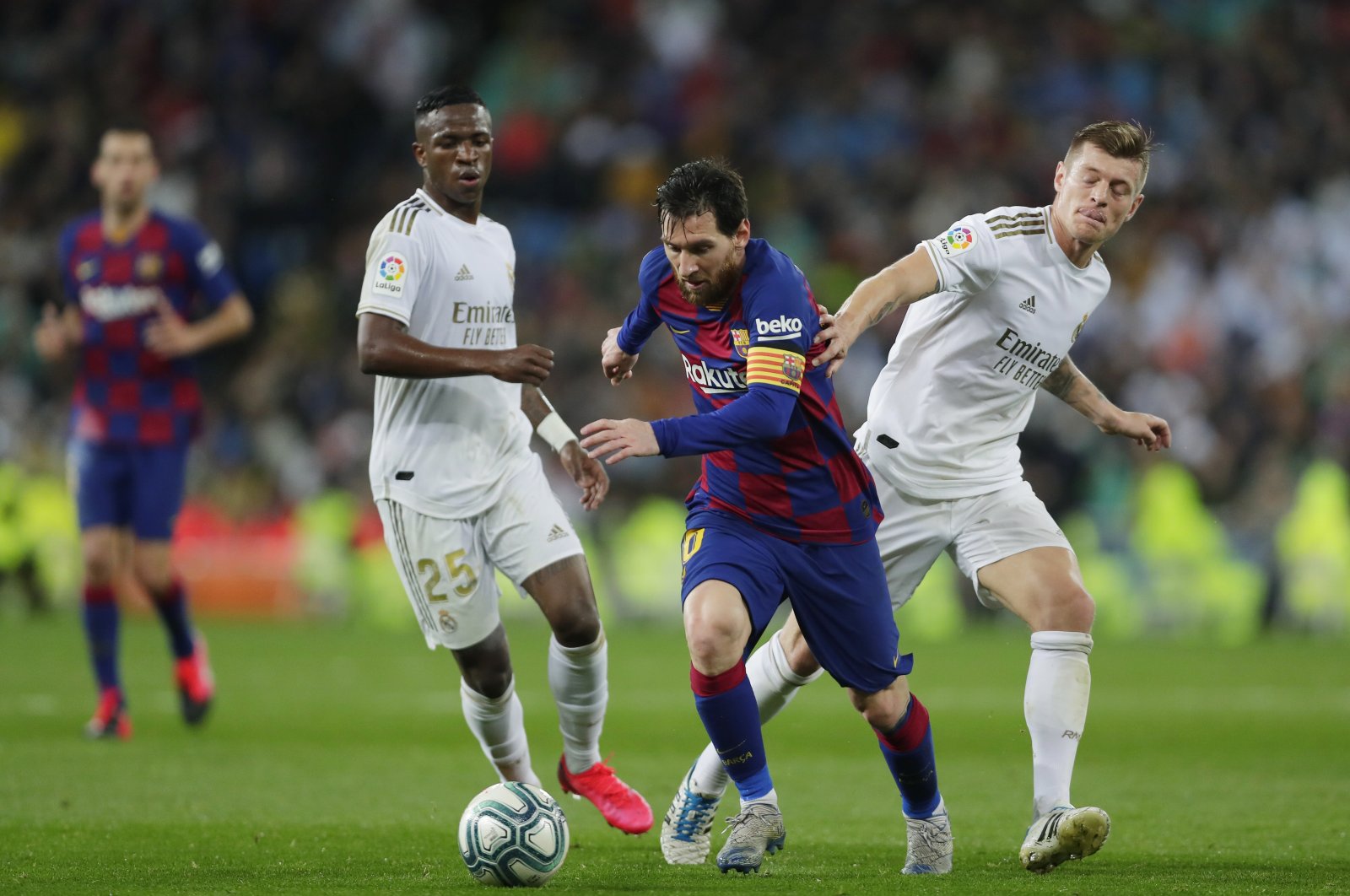 Ronald Koeman will know Barcelona can plunge Real Madrid into crisis on Saturday but for him, a first El Clasico as coach is more about vindication.

Inflicting a third consecutive defeat in a week on Madrid at Camp Nou would create the sort of turbulence for its opponent that Barca has grown only too used to in recent months.

But as much as cranking up the pressure on Zinedine Zidane and gaining an early boost in La Liga's title race would be welcome, Koeman might claim the biggest rewards from a victory.

Barcelona's new coach, appointed in August, has overseen a middling start to the season, with three wins, a draw and a defeat meaning the trajectory of his project is not yet clear.

Most encouraging has been Koeman's faith in youth, which has been repaid handsomely as Ansu Fati, Francisco Trincao and Pedri have all delivered more than expected in attack.

Ansu is the most established of the three, the 17-year-old who set more records by scoring again in the Champions League on Tuesday and has been arguably Barcelona's stand-out performer so far.

"We go into it with the maximum motivation possible," said Fati. "It's a Clasico, a game I have always dreamed of playing in."

So impressive has he been that it would be a surprise if Ansu was not in the starting line-up this weekend.

But Trincao and Pedri would be braver calls, especially considering those they would replace.

The most pressing issue of Koeman's tenure is currently Antoine Griezmann, who is now on his third coach at Barcelona but still yet to find anything close to top form.

Griezmann's problems have not all been of his own making. He was played out of position for much of last season while his controversial arrival prompted speculation about his relationship with teammates and Lionel Messi in particular.

But it is becoming more difficult to justify the Frenchman's underwhelming performances and it was telling on Tuesday when Koeman left him on the bench for the duration of Barca's 5-1 win over Ferencvaros, that it was not clear if he was rested or dropped.

"It means nothing for the Clasico," said Koeman.

Perhaps he believes Griezmann needs some tough love, a spell out of the team to make him want to prove himself again. Perhaps the likes of Trincaco are now viable alternatives for his spot.

"Antoine knows his situation. The only thing he can do is work hard to change it," Koeman said.

The merits of the decision will be defined by the result and in that regard, there will be scrutiny on Messi too, whose contribution is so often decisive.

Koeman's approach with Messi, at least in public, has so far been straightforward. He has praised the Argentinian, but as much for his dedication and work rate as his creativity.

The strategy appears to be to appreciate Messi when it is warranted but to frame his performances more in the context of the team than his genius as an individual.

"His performances can be better," said Koeman on Monday. "But seeing the player every day, he is happy, training well, focused and wants to play and be the captain of the team. In that sense, I have no complaints."

There have certainly been times when Messi has looked frustrated, not least in the 1-0 loss against Getafe last weekend when Barcelona managed only two shots on target.

A long, aimless ball chipped into the box in injury-time could not have been further from the DNA Barca claim to identify with.

But ponderous possession had also become a problem long before Koeman's arrival and a more direct approach can create more space, in which the likes of Messi and Griezmann can thrive.

A positive performance against Madrid will give Barcelona momentum ahead of their trip to Juventus in the Champions League on Tuesday. And for Koeman, the benefits would last even longer.