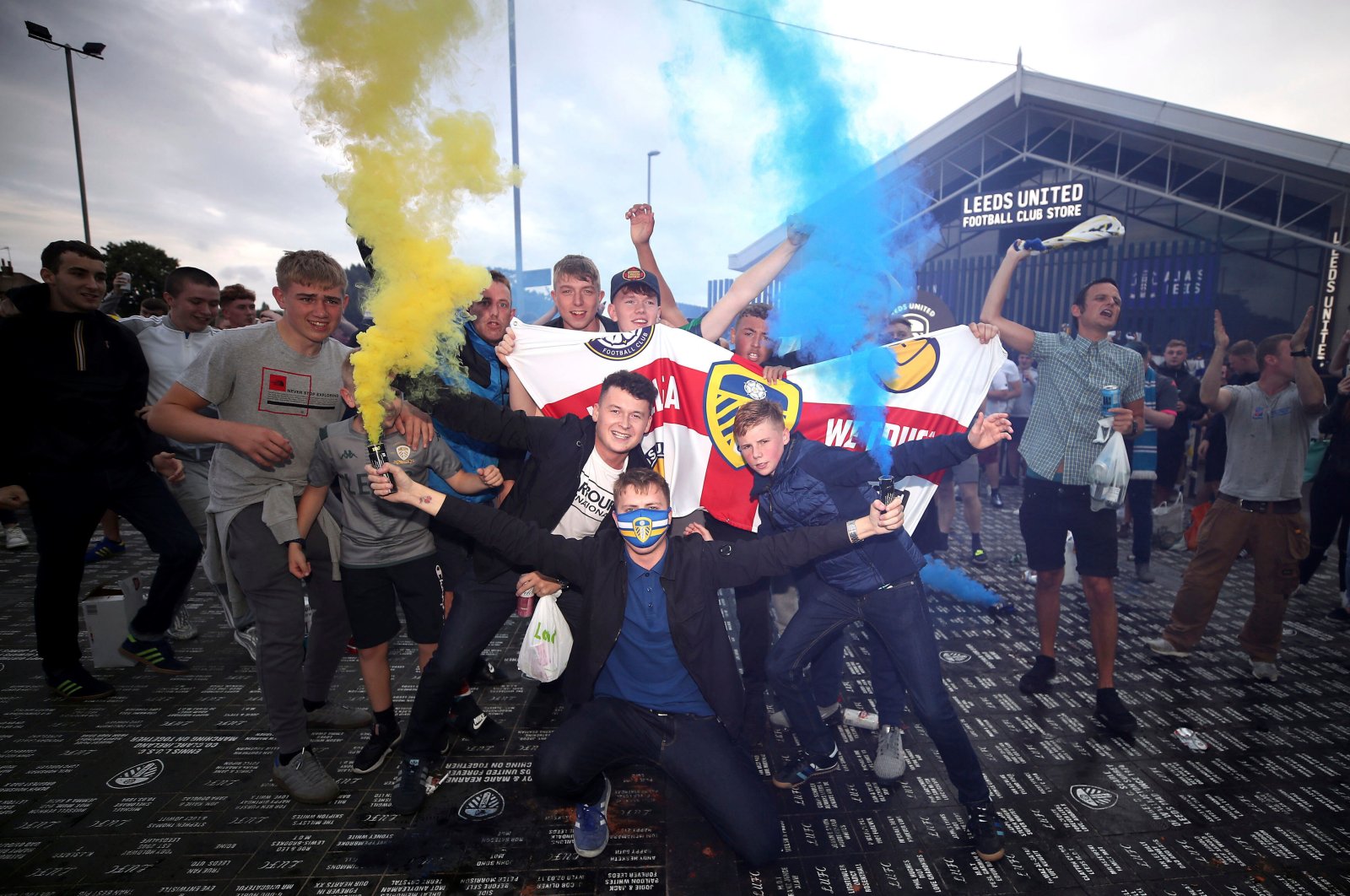 Leeds United clinched the Championship title without kicking the ball Saturday as Brentford's 1-0 defeat at Stoke handed the trophy to Marcelo Bielsa's side.

Leeds had celebrated promotion to the Premier League on Friday evening when second-placed West Brom were beaten 2-1 at Huddersfield.

Less than 24 hours later, champagne corks were popping at the Yorkshire club again after third-placed Brentford's defeat ensured Leeds will go up as champions.

Bielsa's team, who face Derby on Sunday, have two games left and hold a five-point lead over West Brom.

Brentford's loss, sealed by Lee Gregory's first-half goal for Stoke, means they have handed the initiative back to West Brom in the race to join Leeds in the Premier League.

The top two in the Championship go up automatically and West Brom, one point ahead of Brentford, will be promoted if they win their last game against QPR on Wednesday, or if the Bees lose their final match against Barnsley.

Leeds are back in the top flight after a 16-year absence marred by a spell in the third tier, a painful administration, a host of woeful owners and 14 failed managers.

Former Lazio and Marseille boss Bielsa has finally awoken one of English football's sleeping giants, with crowds regularly over 35,000 at Elland Road.

Thousands of fans celebrated on the streets outside their stadium on Friday, with Leeds' Italian owner Andrea Radrizzani also eager to remember those the club have lost in recent weeks.

Norman Hunter and Jack Charlton died at either end of the recent lockdown, while Trevor Cherry passed away in between.

Celebrating the club's centenary last October, Hunter wrote Radrizzani a letter expressing his wish that the club would be promoted in his lifetime.

"A word about Norman Hunter and Jack Charlton, two club legends we lost recently and who would have certainly celebrated this achievement with us," he said in a letter on Leeds' website.

"They are part of a great legacy that we will work hard to honor, as we continue to take strides forward in a new cycle for this fantastic club."

Radrizzani assumed sole control of Leeds in 2017, having initially gone through a staged buy-out from the unpopular Massimo Cellino.

After a false start under Thomas Christiansen and then a short spell under Paul Heckingbottom, he and director of football Victor Orta pursued Bielsa to be their next manager.

The Argentine has delivered, transforming a mid-table team into champions in just two seasons.

"I am so happy for everyone in the Leeds United family, we all deserve this promotion. Leeds United is one of England's greatest and most well-supported clubs with a rich history known all over the world," Radrizzani said.

"We have been out of the top flight for 16 years and I am thrilled for the whole club and our incredible fans that we are back in the Premier League... Since my journey with Leeds United began in the summer of 2017, we have strived for this moment and it is a time for us all to celebrate the club returning to where we belong," he added.