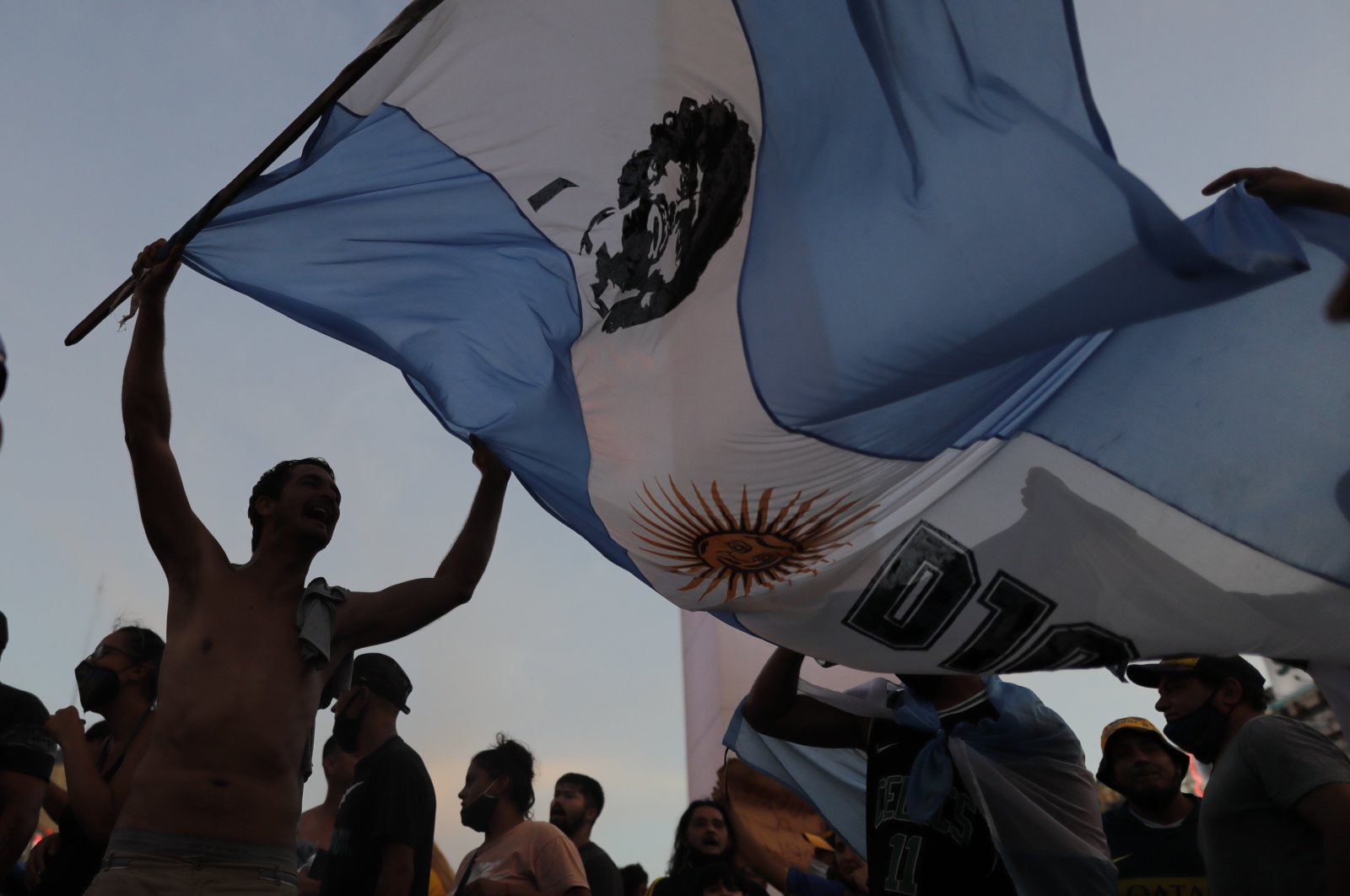 Diego Maradona fans participate in a demonstration where they ask for justice for the death of the Argentine star, in the center of Buenos Aires, Argentina, March 10, 2021. (EPA Photo)
by French Press Agency - AFP Mar 11, 2021 1:15 pm
RECOMMENDED

Hundreds of Argentine football fans demonstrated on Wednesday in Buenos Aires to demand justice for superstar player Diego Maradona, who died on Nov. 25 in circumstances under investigation.

"Maradona has been left to die and it is not fair, it is not fair that a person who gave us Argentines so much ends up like that," Abel Chorolque, a 44-year-old cab driver, told Agence France-Presse (AFP) at the protest.

Maradona, who was 60, died of a heart attack just weeks after undergoing brain surgery on a blood clot.

Investigators are looking into the health treatment he received prior to his death to determine whether or not to bring a case of wrongful death, a conviction for which would result in a prison sentence of up to 15 years.

The "10M" demonstration was organized on social media by different Maradona fan groups under the slogan "Justice for Diego, he did not die, he was killed."

Two of his adult daughters, Dalma and Gianinna, as well as the youngest of his five children – Diego Fernando, 8 – were at the protest, though they had to leave as the atmosphere turned tense.

As darkness fell some in the crowd chanted death threats against Matias Morla, Maradona's last lawyer, who would have appointed the medical team that treated him at the end of his life.

Maradona underwent surgery on Nov. 3, just four days after he celebrated his 60th birthday at the club he coached, Gimnasia y Esgrima.

However, he appeared in poor health then and had trouble speaking.

Maradona had battled cocaine and alcohol addictions during his life. He was suffering from liver, kidney and cardiovascular disorders when he died.

A panel of experts, made up of 10 official specialists and 10 more selected by the interested parties, is due to deliver its findings on his cause of death in two or three weeks.

Maradona's neurosurgeon Leopoldo Luque, psychiatrist Agustina Cosachov and psychologist Carlos Diaz are under investigation as well as two nurses, a nursing coordinator and a medical coordinator.