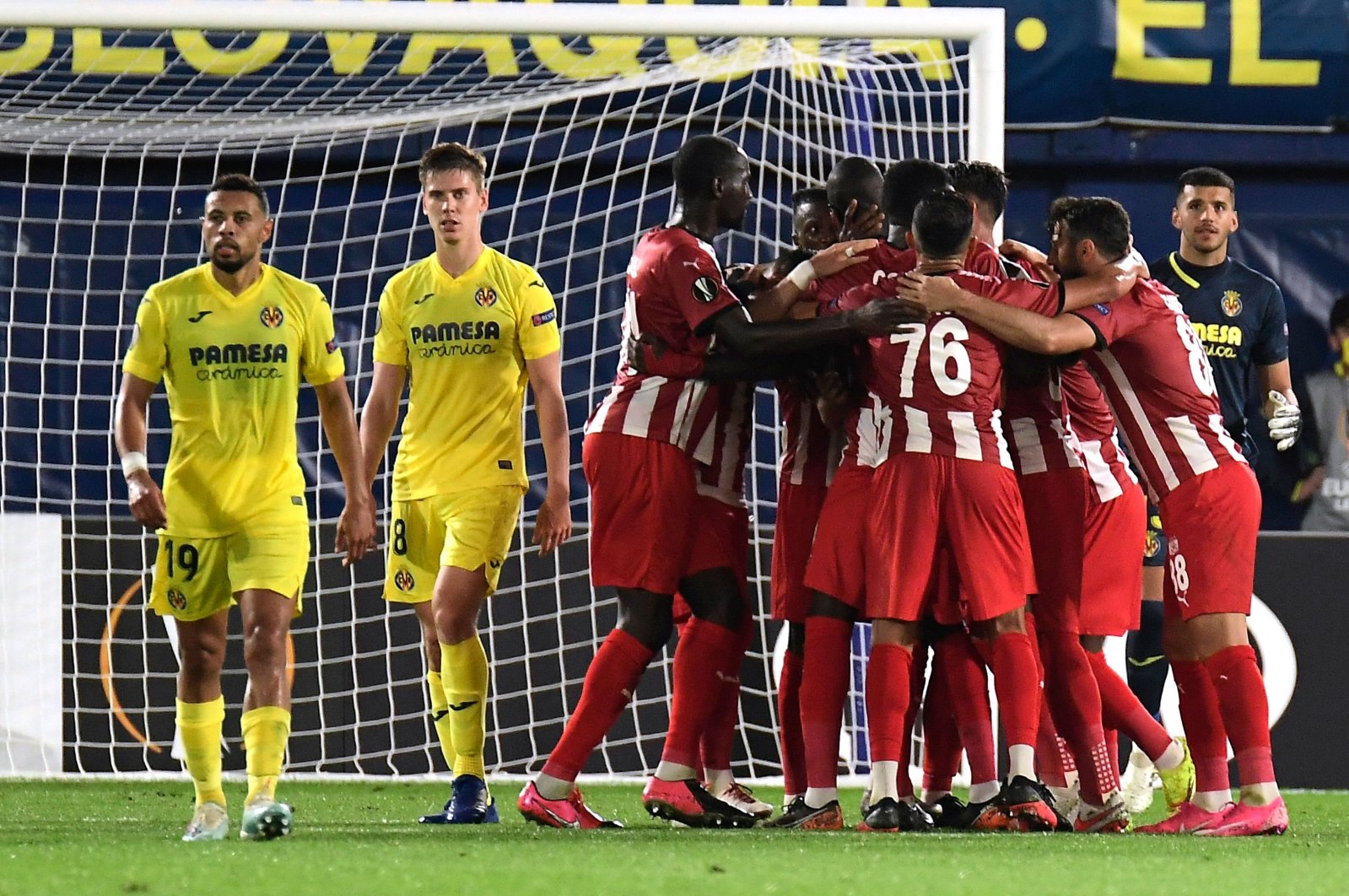 Sivasspor on Thursday hosts Israel’s Maccabi Tel Aviv in Europa League while Azerbaijan’s Qarabag had its game against Villarreal relocated to Istanbul. Both seek their first win in this season’s tournament

In their second matches of the new season of the tournament, both teams are in desperate need of a victory. Sivasspor held its own against the Spanish side in the first match but had its hopes crushed with a 5-3 loss while Qarabag lost its first game 1-0 to the Israeli team.

The conflict in Nagorno-Karabakh between Azerbaijan and Armenia forced the Azerbaijani side to have its game relocated. Turning down UEFA's offers for relocation in other countries, Qarabag chose to play in Istanbul's Başakşehir stadium, home to the last season's Turkish Süper Lig champion.

The Azerbaijani team hopes to snatch a victory after nine defeats in their last 13 Europa League campaign. With two wins under its belt, Qarabag's last victory was in 2015 against Belgium's Anderlecht. Villarreal, on the other hand, enjoys an unbeaten streak in away games in the Europa League group stages since the 2016-2017 season. Though they failed in their La Liga away games with three consecutive losses, the Spanish outfit still has the upper hand against the Azerbaijani minnows which will heavily rely on Ghanaian forward Owusu Kwabena, the top scorer this season.

Meanwhile, Sivasspor failed to score in four out of the last five games at home but their 5-3 defeat to Villarreal will go down in history as one of the Europa League group matches with the most goals. Maccabi Tel Aviv is without a win against its Turkish rivals in the six encounters they've had so far in international tournaments. Beşiktaş was the last Turkish team to crush the Israeli outfit both home and away in the Europa League. A powerhouse in Israeli football with 23 titles, Tel Aviv made a moderate showing in their Europa League opener this season with a 1-0 win.

The Turkish side may have to count on Olarenwaju Kayode, who scored the team's first goal against Villarreal and a former veteran of the Israeli league.

Elsewhere, English rivals Arsenal and Tottenham are aiming to build on winning starts in the Europa League Thursday while Zlatan Ibrahimovic will look to transfer his incredible Serie A form to the continental stage.

Starting from a 1-0 loss at home to Leicester at the weekend, the Gunners host Irish side Dundalk in their second Group B fixture following a come-from-behind victory in Austria in their opening match.

Dundalk is just the third Irish representative to reach the group stages, having matched its achievement in 2016/17 and that of Shamrock Rovers in 2011/12.

It lost 2-1 at home to Norway's Molde in the first game. Their Italian coach Filippo Giovagnoli is acutely aware the odds are stacked against the club from County Louth on Ireland's east coast.

"Arsenal have better players, better coaches and better everything than us, but this is the challenge. We need to play with a lot of heart, run a lot and be a little crazy and brave, but we're going to try," said Giovagnoli.

Tottenham's solid start in the Premier League has stirred up talk they could potentially end a long title drought, with no team yet to truly assert themselves after a truncated pre-season. "We know with the team we have got and the players we have got we can do something special," captain Harry Kane, who is two goals shy of 200 for the Spurs, told the BBC after Monday's 1-0 win at Burnley.

Jose Mourinho's side head to Belgium to play Antwerp this week after easing past Austrian outfit LASK Linz 3-0 in their will Group J opener.

Leicester, the third English club in the competition, travel to AEK Athens as it too chases a second straight victory in Group J. Scottish Premiership leaders Rangers are at home playing Lech Poznan in Group D. Steven Gerrard's men are unbeaten this term and have won their last seven games.

Celtic, who is targeting a record 10th successive Scottish title, lost ground to the Rangers at the weekend and have work to do in Group H after they were beaten 3-1 by Milan. The task won't get any easier with a visit to Lille, who are level on points with Paris Saint-Germain in France and the only unbeaten team left in Ligue 1.

Zlatan Ibrahimovic has scored seven times in five games this season despite missing a handful of matches after testing positive for coronavirus. The 39-year-old former Sweden international netted twice for the third time in a row in Serie A as Milan drew 3-3 with Roma on Monday. Ibrahimovic would become the second-oldest scorer in Europa League history if he hits the target against Sparta Prague. Molde's Daniel Hestad holds the record, scoring against Celtic in November 2015 aged 40 years and 98 days.

Real Sociedad host Napoli as the two famous European names go to battle for the first time in Group F.