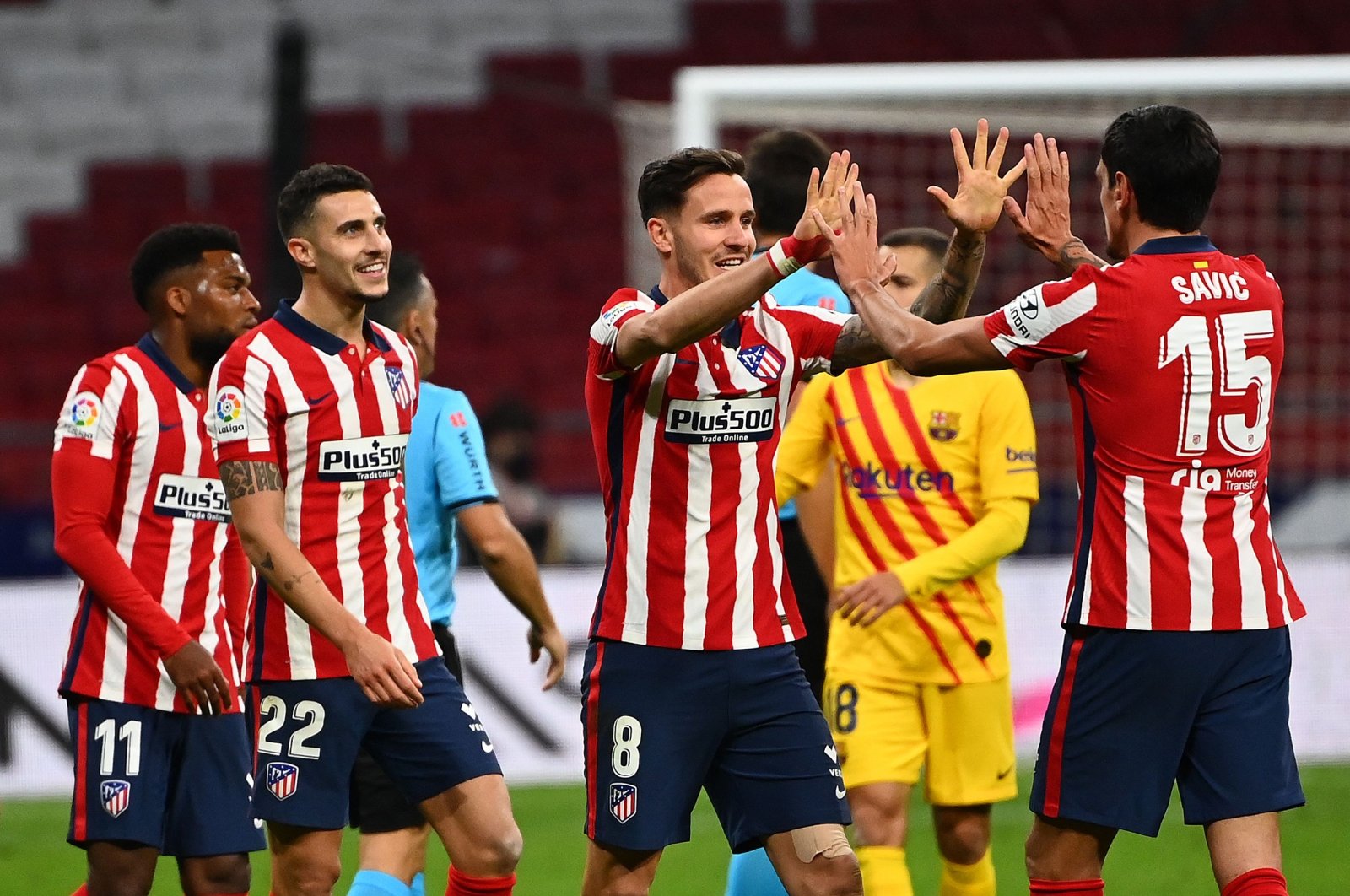 Atletico Madrid will look to extend its advantage over La Liga title rivals Real Madrid and Barcelona when it travels to Valencia on Saturday.

Atletico, which remains the league's only unbeaten side, sits in second place – three points behind leader Real Sociedad having played two games fewer.

Crucially, Atletico sits three points above Real, with a game played less, and nine ahead of a wobbling Barca – which they beat last weekend.

Diego Simeone will be without forwards Luis Suarez, who is isolating following a positive COVID-19 test, and Diego Costa, who has deep vein thrombosis.

The duo's absence was sorely felt on Wednesday night as Los Rojiblancos failed to break down a resolute Lokomotiv Moscow side to leave the La Liga side’s hopes of qualifying for the knockout stages of this season's Champions League in the balance.

Opponents Valencia, which sits ninth, has coped admirably this campaign under new coach Javi Gracia despite huge amounts of upheaval on and off the pitch. It hammered Real 4-1 earlier this month and will hope to repeat the trick when Atletico visits.

The visitors have not won at Mestalla since 2016; however, you have to go back to 2014 for the last time Valencia took three points off Atletico in La Liga.

Barcelona hosts Osasuna having won just one of their last six La Liga games with an ever-growing injury list of its own.

The Catalan side can ill-afford to slip further behind its rivals, having already lost to both teams this season. It will, however, take confidence from a dominant display in Europe, where it booked a place in the Champions League last-16 with a 4-0 win against Dynamo Kiev on Tuesday.

Captain Sergio Ramos, midfielder Federico Valverde and forward Luka Jovic will definitely be absent for the visit of the Basque outfit, while doubts also remain over top scorer Karim Benzema and Casemiro's availability.