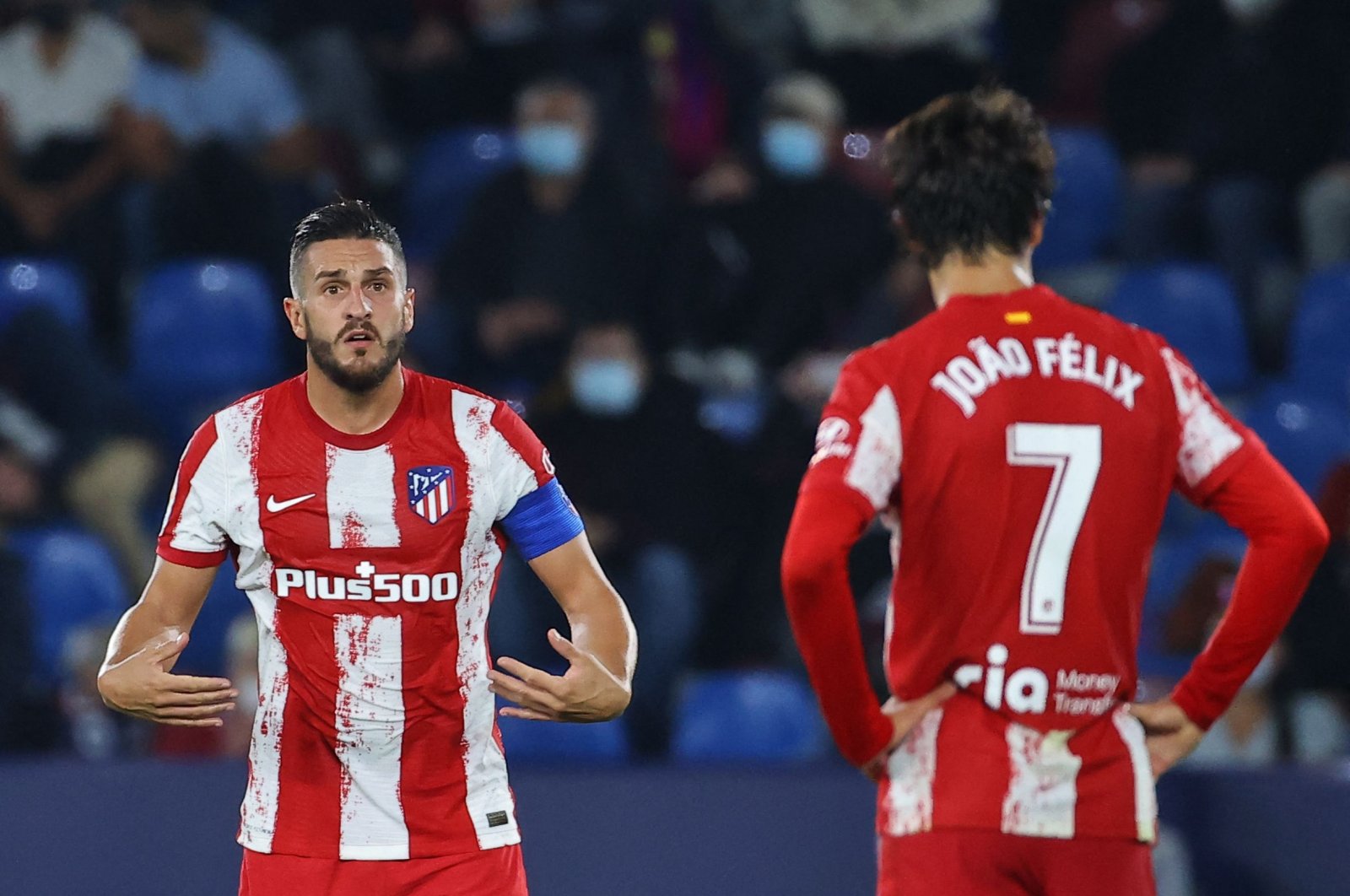 Atletico Madrid wasted an opportunity to go level with city rival Real Madrid after it was held to a 2-2 draw against Levante on Thursday.

The defending champions conceded both goals from penalties, with the second coming in the 89th minute.

Atletico led twice at the City of Valencia Stadium as Antoine Griezmann opened the scoring before Matheus Cunha's first goal for the club looked to have sealed victory.

But each time Levante hit back from the spot after a Luis Suarez foul and then a late handball by Renan Lodi allowed Enis Bardhi to convert from 12 yards.

Diego Simeone was also sent off toward the end of the contest as Atletico edge up to fifth, five points off early leaders Real Sociedad, albeit with a game in hand.

Real Sociedad earlier returned to the top of the table after it won 2-0 away at Celta Vigo.

Simeone had said before the game he was "worried but busy" trying to fix his team's unexpected fragility in defense, with this game making it seven goals conceded in the last three games.

Atletico has won only one of its last four league matches, against Barcelona, after a surprise defeat by Alaves and draws with Real Sociedad and now Levante.

Luis Suarez, Griezmann and Joao Felix started together again in a front three and it is possible that combining the trio's talents in attack is coming at a cost to the solidity of the team.

Atletico faces Liverpool at Anfield on Wednesday in what is a crunch game in Champions League Group B and it is likely to be punished again if it fails to tighten up against Mohamed Salah.

Griezmann's opener came in the 12th minute as his corner was deflected back to him on the left of the penalty area. Griezmann hung up a cross to the opposite post and Felipe's floating header across again found the Frenchman, who nodded in.

Levante equalized shortly before halftime when Suarez clambered over Ruben Vezo and Barhdi made no mistake.

Cunha, who joined in the summer from Hertha Berlin, might have thought he had scored the winner 14 minutes from the end when he was brilliantly slid through by Rodrigo de Paul and finished.

But Levante came again, Jose Luis Morales' cross diverted onto the hand of Lodi at point-blank range, causing referee Pablo Gonzalez to consult the replay and award the penalty. Bardhi found the corner.