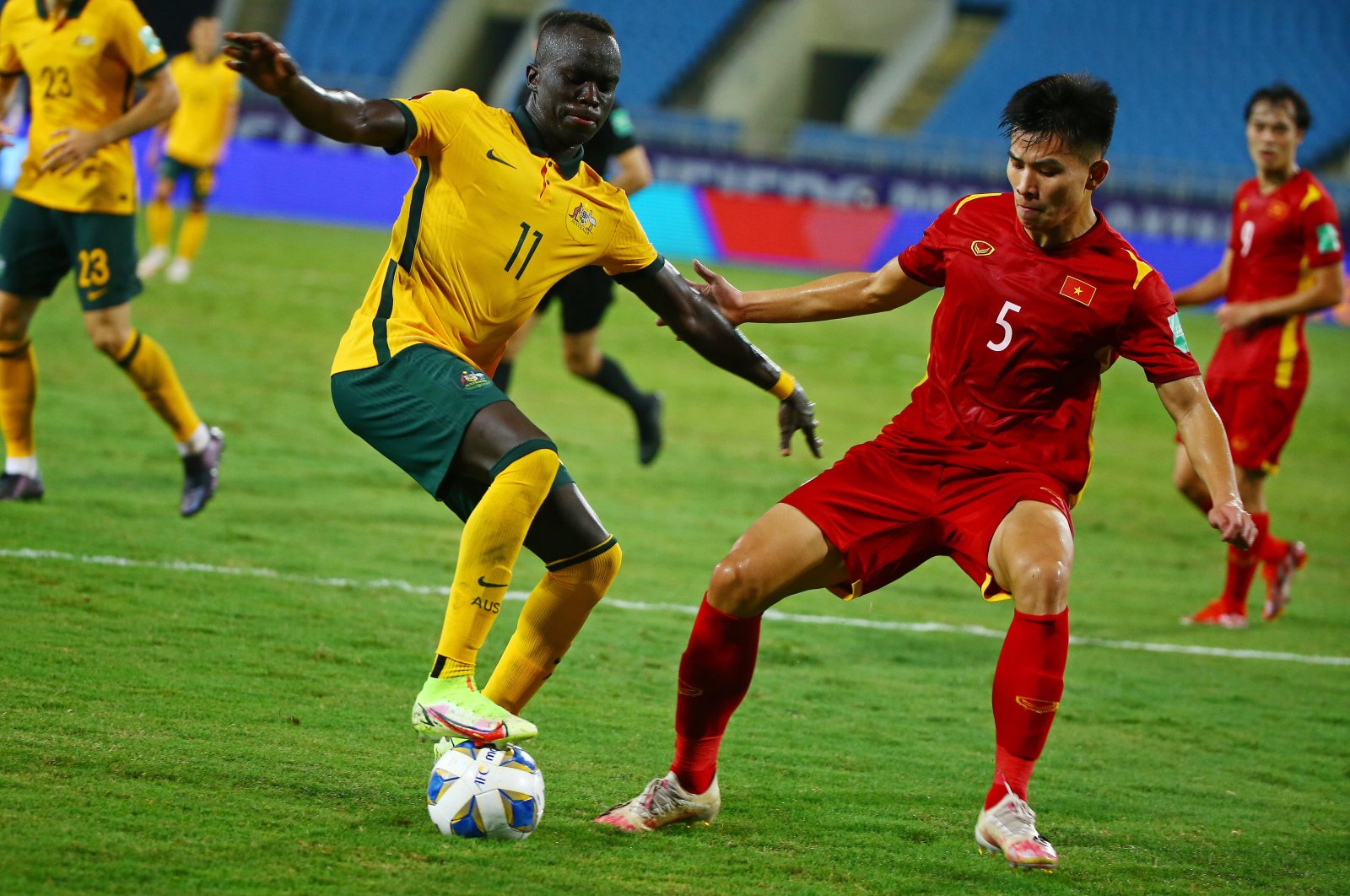 Australia picked up a record 10-straight World Cup qualifiers win as it beat Vietnam 1-0 on Tuesday, while Japan edged China to recover from last week's shock defeat to Oman.

Australia's victory, courtesy of Rhyan Grant's first-half winner, left the Socceroos on two wins from two in Group B.

Played behind closed doors at My Dinh National Stadium in Hanoi because of COVID-19 restrictions, Australia struggled to get past Vietnam's disciplined defense before Grant's header in the 43rd minute from an Ajdin Hrustic cross broke the deadlock.

Australia had beaten China 3-0 in Doha last week and Tuesday's victory means they have a perfect 10 wins from 10 matches starting with the first round of qualifying.

Japan also bagged three points against China Tuesday to revive their campaign after it lost 1-0 to Oman in the first match of the final round of qualifying.

Despite the narrow margin of victory, Japan was clearly the dominant side at the Khalifa International Stadium in Doha.

Efforts by Yuya Osaka and Spain-based Takefusa Kubo hit the post in the first half but China's luck ran out in the 40th minute.

Junya Ito produced a brilliant pass after getting past Wang Shenchao and Osako made amends for his earlier miss with a fine volley.

In a late match, Iran eased to a 3-0 win over Iraq at the Khalifa International Stadium in Doha.

Iran struck through Alireza Jahanbaksh in the second minute before Mehdi Taremi and Ali Gholizadeh scored in the second half to put the outcome beyond doubt.

Both teams were fresh from their opening wins but failed to come up with an inspired display at the Sultan Qaboos Stadium.

However, the Saudis, who beat Vietnam last week, went ahead in a spectacular fashion.

Earlier on Tuesday, 2002 World Cup semifinalists South Korea got its qualifying campaign back on track by beating Lebanon 1-0 in Suwon.

Aiming for a 10th successive appearance at football's showpiece, South Korea needed to rebound from an opening goalless draw against Iraq last week.

But just hours before the match, the Korea Football Association announced star player Son Heung-min was out with a calf injury.

The first half ended goalless, mostly thanks to Lebanese goalkeeper Mostafa Matar.

But on the hour mark, Kwon Chang-hoon – who had come on just two minutes earlier – exploited space in the box to put the hosts ahead.

"I'm happy to have scored a goal for the national team and honored to have done it at the Big Bird," Kwon told reporters, referring to the Suwon World Cup Stadium, where his club is based.

There are two groups of six nations in the final round of Asian qualifiers.

The top two teams from each group will advance to the World Cup, and the third-placed sides will face off for a chance to enter the intercontinental play-off.