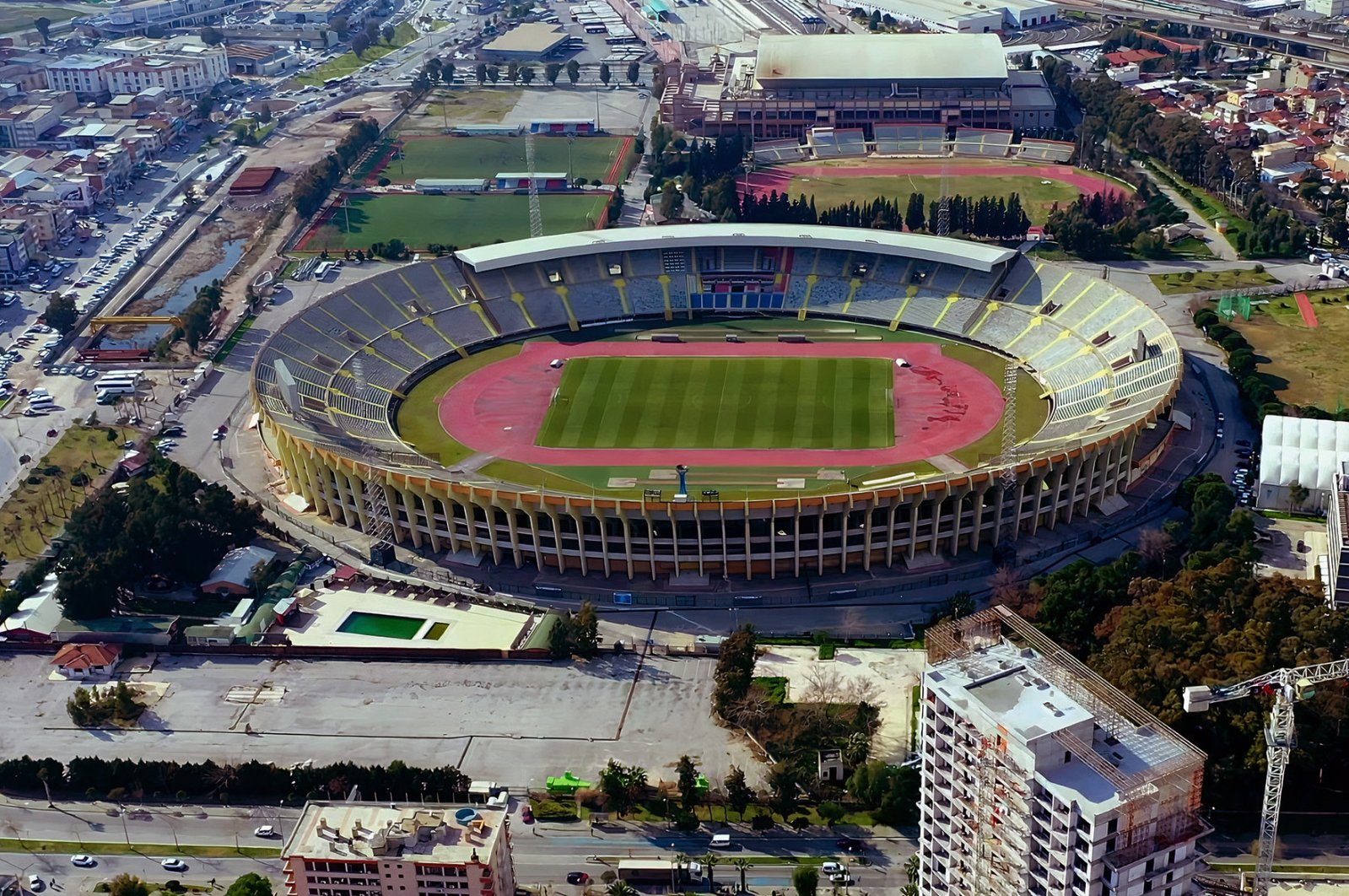 The Izmir Governorate ordered the closure of the historic Atatürk Stadium in the city for all matches following the deadly 6.6 magnitude earthquake that hit the Aegean city last week, Demirören News Agency (DHA) reported Thursday.

According to DHA, the governorate ordered the stadium located in the Konak district to be inspected for any potential damage before allowing any matches to be held at the venue.

A legendary football ground that holds the highest attendance record for a second-tier game between Izmir archrivals Göztepe and Karşıyaka in 1981, Atatürk Stadium is one of only two Olympic stadiums in Turkey. The other is the Atatürk Olympic Stadium in Istanbul, which was completed in 2002.

Following last week’s earthquake that killed at least 114 and injured more than 1,000, the Turkish Football Federation (TFF) had already called off last week’s matches across the city after several buildings collapsed and dozens sustained critical damage.

Completed in 1971 to host the Mediterranean Games that year, the Atatürk Stadium initially could host up to 80,000 fans but its capacity was lowered to about 51,000 seats after renovations in 2005 ahead of Universiade games held in the city to reinforce the venue against earthquakes.

The stadium lies only 1.5 kilometers (0.93 miles) south of the most affected areas in the Bayraklı district, where nearly 20 buildings collapsed. Once dotted with swamps, streams, orchards and a lake providing most of the freshwater to the city, the area comprised of the Mersinli and Çamdibi neighborhoods underwent serious changes in the 1970s and 1980s with industrial zones and factories popping up.

Atatürk Stadium lies in the middle of the area formerly occupied by Halkapınar Lake, while its namesake train and metro station currently serves as the city's main transport hub.

It is not the first time authorities raised fears over potential damages at the venue due to earthquakes, citing its poor construction quality and unstable ground.

The stadium underwent a series of repairs in 2015 addressing the roof over the stands and its grass pitch, and replacing some seats, but the stands were not reinforced.

The venue was also temporarily banned from hosting matches by TFF in 2017, when another 6.3 magnitude earthquake rocked the city.

Meanwhile, the TFF is also evacuating its headquarters in the city, located in the hardest-hit Mansuroğlu neighborhood in Bayraklı, as several buildings surrounding the TFF buildings collapsed, causing its ground to shift.

Hosting only fourth-tier TFF 3. Lig side Karşıyaka’s games these days, the stadium is frequented by athletes of various sports for training purposes.

DHA reported that the governorate might allow matches to be held before the damage assessment is complete on the condition that the stands remain empty.

Preparing to host Arhavispor on Saturday, Karşıyaka awaits a decision from the authorities.

A stadium in the Bornova district currently hosts evacuees from the earthquake, whereas Karşıyaka's home ground, where a heated debate on a new stadium project has been ongoing for the last two decades, has laid in ruins since 2014 when it was demolished to make way for the new project.

Previously in 2015, the Alsancak Stadium, the home ground of TFF 1. Lig side Altay, was demolished over earthquake concerns and a new stadium built in its place will soon enter into service.