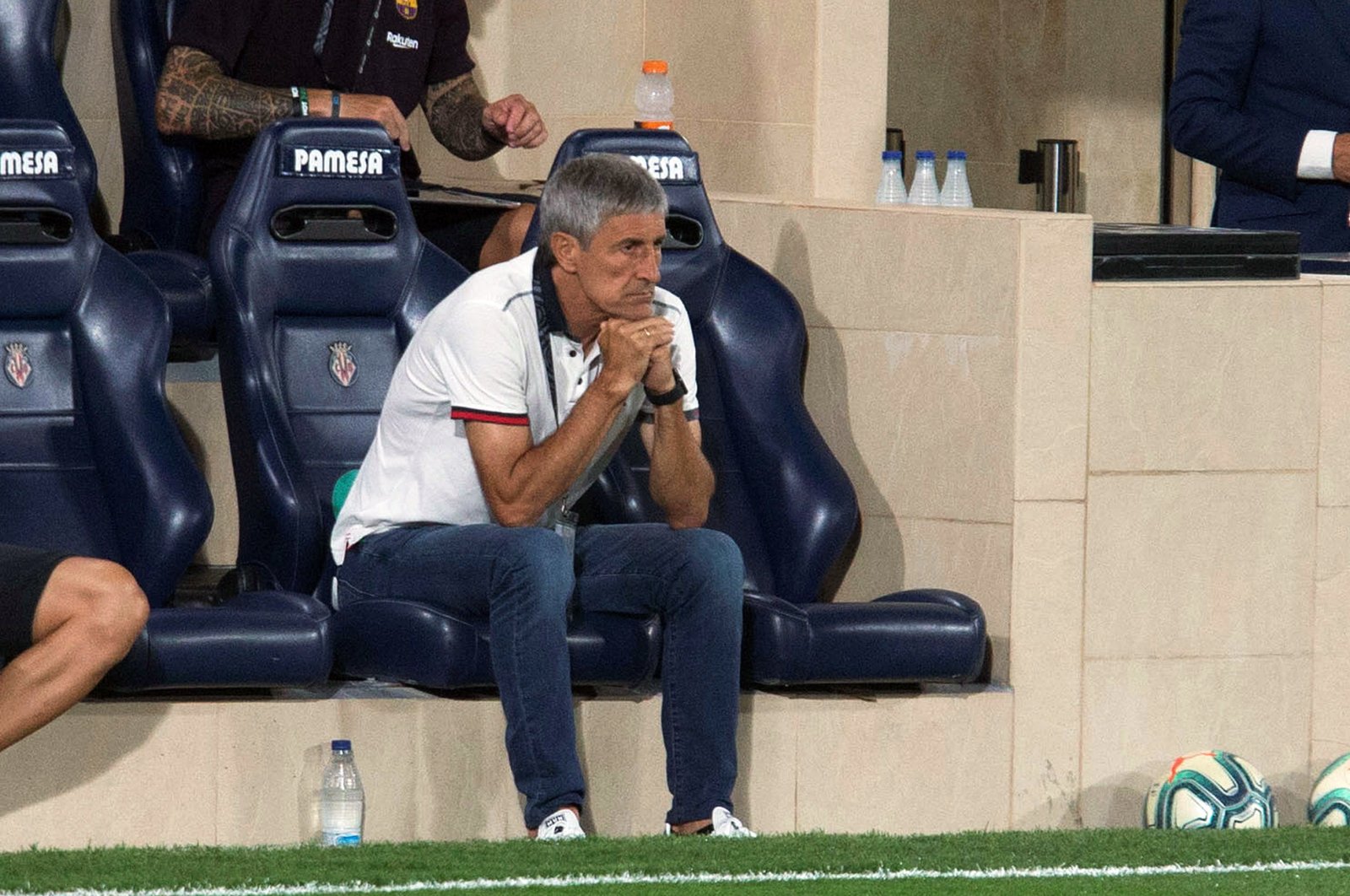 Barcelona president Josep Maria Bartomeu has said coach Quique Setien will remain in charge of the team next season despite the team's fading La Liga title bid, adding that he does not regret sacking Ernesto Valverde in January.

Valverde led Barca to successive title wins, and his team was top of the table on goal difference when he was dismissed in January and replaced by Setien, who has tried to revolutionize Barca's play with mixed results.

But the team finally clicked in Sunday's outstanding 4-1 win at Villarreal, and Bartomeu said he thinks they are heading in the right direction.

"Setien will obviously continue. At this moment I'm pretty happy with how the team has evolved, and in the last couple of games we have seen the improvements Setien has made," Bartomeu told radio station Rac1 on Tuesday.

"I don't regret the decision to sack Valverde, we needed to give the team a boost and Setien has brought new ideas and new sensations with him," he added.

Setien said he did not think his position had been under threat and was pleased with the football they have been playing.

"I didn't have the feeling things were going to change, I have gotten used to this circus," he told a virtual news conference ahead of Barca's match with Espanyol on Wednesday.

"I just do my job and I get the feeling the board are happy with the work we are doing and so am I," Setien said.

He also said his side would keep pushing Real until their chances of winning the title were over.

"Of course we can still win the league, it's still mathematically possible and we have to keep our hopes up until the last day," he added.

"We have to just focus on what we can do and try to win while playing well and making progress. And if we cannot win it, we can lay a platform for next season," Setien said.