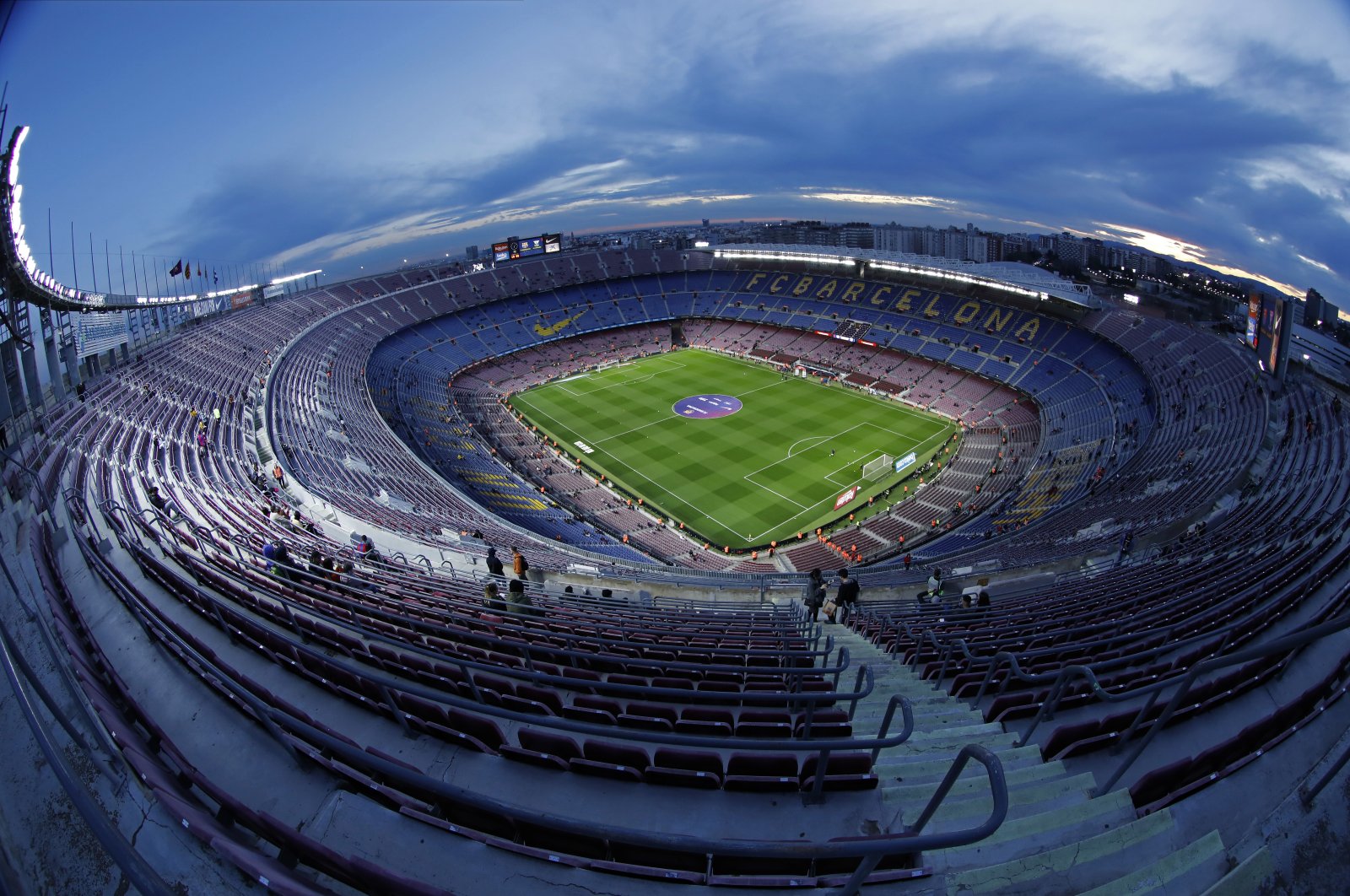 Barcelona will sell the title rights to its storied stadium for one year in an effort to raise money for the fight against the coronavirus.

The Spanish club’s executive board said Tuesday it will donate the entire fee raised by selling the title rights to the Camp Nou to fighting the global pandemic.

The Camp Nou is the biggest stadium in Europe with more than 99,000 seats. It has never had a sponsor since it opened in 1957.

“We want to send a universal message: For the first time someone will have the opportunity to put their name on Camp Nou and the revenues will go to all of humanity, not just Barca,” club Vice President Jordi Cardoner told The Associated Press.

“The initiative arose in an emergency situation. We think that we have to have a very quick response, putting our crown jewel at the service (of the fight).”

The club had planned to wait to sell the stadium’s title rights for the first time in the 2023-24 season. At that time, the club hopes to bring in 300 million euros ($326 million) paid upfront for a 25-year contract to pay for renovations to the stadium and other facilities.

Cardoner, who has recovered after contracting the virus, said the board conceived of this new charity sale independent of the long-term deal of 25 years. But, he said that if there emerges a sponsor who wanted to include it in the long-term deal, then the club would consider it.

Cardoner said Barcelona wants to listen to offers from companies and private foundations and will consider opening it up to a group of interested sponsors who could team up and hopefully provide even more funds to help battle the new virus.

He would not give any estimate on how much the foundation hopes to earn from this “one-shot” sale. But given the greatness of Lionel Messi and the millions of spectators who tune in each week to watch Barcelona’s games, Camp Nou is one of the most coveted venues in sports.

“Camp Nou is sending out an S.O.S.,” Cardoner said. “We are open to everything. We want to maximize the economic participation and to ensure that the partners share our same social values.”

The stadium will maintain the name “Camp Nou” in addition to including the sponsor, the club said.

Barcelona’s foundation for social charities, which is overseen by Cardoner, will manage the investment of the money in fighting the virus. The foundation runs programs in Spain and in 58 other countries, largely focused on at-risk youth and refugees.

The club said it hopes to close a deal “in the coming weeks.” The decision will then have to be approved by a general assembly of club members, which number 140,000, likely to be held in October, if conditions permit.

How the money is used will be determined by the club’s foundation and the sponsor, with each party proposing how to distribute half of the funds, Cardoner said. Barcelona said it wants to propose using part of the money in Spain, especially in Catalonia, and in countries where the club has current charities. Cardoner said specific projects have not been chosen, but he would like some money to go to helping the elderly, especially in the devastated nursing home sector.

Cardoner said he took some inspiration from the club’s decision in 2006 to put UNICEF on its shirt, which had never carried a sponsor before. The club moved the UNICEF logo to the back of the shirt in 2011 and sold the front to a corporate sponsor. It has continued to donate 2 million euros ($2.14 million) to UNICEF annually.

The main impetus, however, hit Cardoner while he was confined to his bed waging his own fight against infection from the virus. He never needed hospitalization and fully recovered after a couple of weeks, but he said that the experience prompted him to “think big.”

“I spent a long time in bed and had time to think,” he said. “We do a lot through our foundation, and it occurred to me that we had to think big, think big like we did with the shirt and UNICEF.”

Spain has been one of the hardest-hit countries by the COVID-19 virus, which causes respiratory failure especially in the elderly and the sick. More than 20,000 people have died in Spain, a death toll second only to the U.S. The city of Barcelona and the surrounding areas in northeast Catalonia have been hotspots.

The suspension of the Spanish football amid the pandemic has put a large hole in the expected revenues of Barcelona, forcing its players to take a pay cut. Still, Cardoner said the club was not tempted to use the title rights revenue now to help plug the holes.

The decision comes during a rocky season for Barcelona and president Josep Bartomeu, who has weathered a mid-season coaching switch, internal tiffs between club officials and players, and the resignation of six board members. Even so, Barcelona leads the league that is now in limbo.