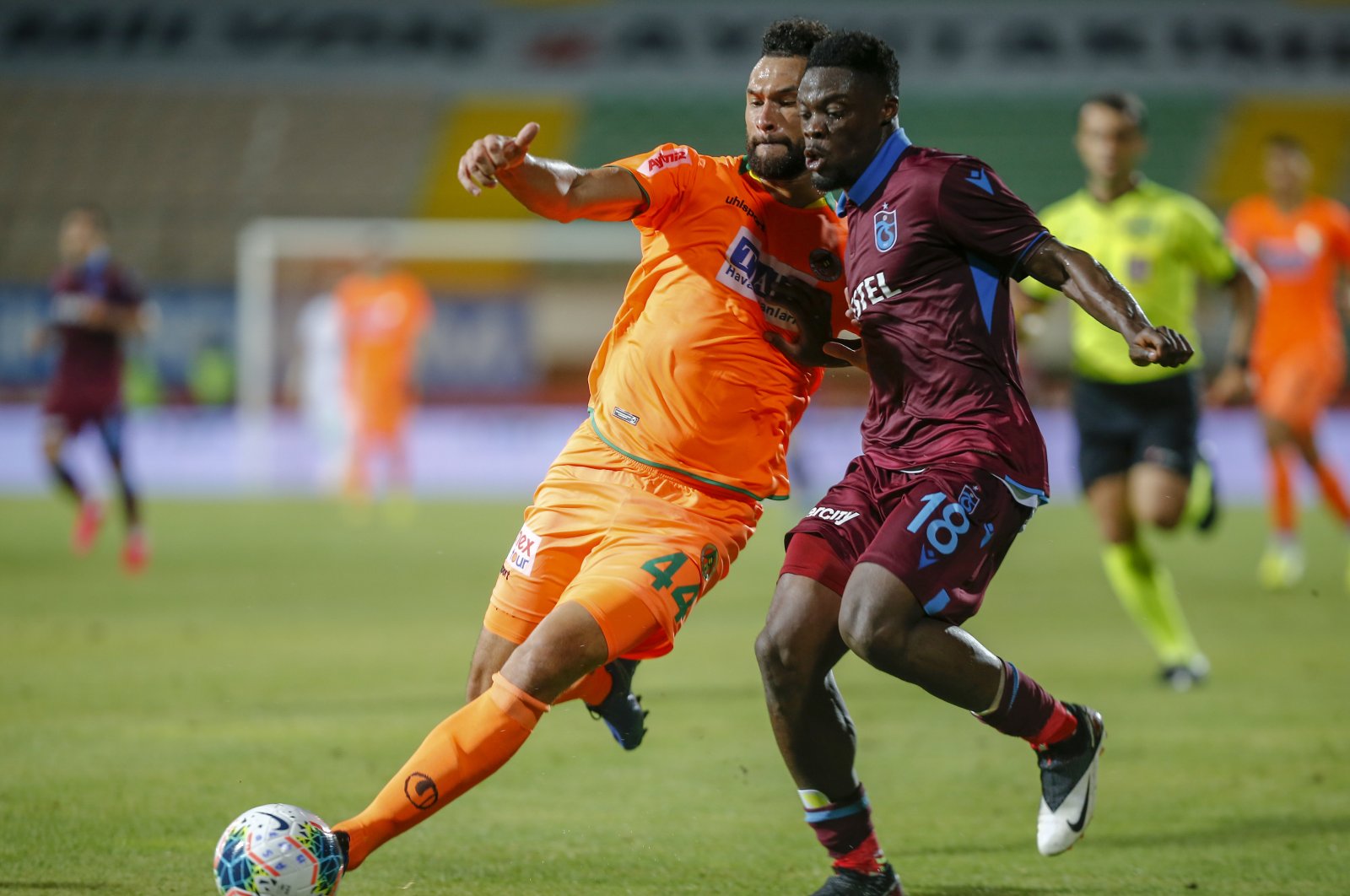 After weeks of trailing Trabzonspor in second place, Istanbul side Başakşehir finally managed to snatch the Süper Lig’s top spot from the Black Sea club, thanks to a second goal by Alanyaspor that deprived the former leader of a much-needed three points.

Başakşehir was in close pursuit of Trabzonspor in second place since week 22 of the Süper Lig and at last managed to climb to the top Monday after the Black Sea side drew with Alanyaspor 2-2 with a last-second goal.

Playing the opening game of match day 28, Başakşehir initially took the leader’s spot after beating capital side Ankaragücü 2-1 on Friday, but to hold on to the spot, Başakşehir needed its title contender Trabzonspor to drop points.

And as fate would have it, Trabzonspor lost the lead in a dramatic fashion.

Up until the last moments, Trabzonspor’s away match at Alanyaspor looked to be in its favor but the first half of the game perhaps foreshadowed what was to come for the former leaders.

Trabzonspor got the early lead during the match after Alexander Sorloth capitalized on a dangerous back-pass by Alanyaspor defender Steven Caulker and assisted Abdülkadir Ömür for a seventh-minute goal.

But Alanyaspor’s Papiss Cisse managed to equalize the score during the injury time of the first half with a brilliant shot.

Trabzonspor managed to get ahead once again in the early minutes of the second half with a goal in the 51st minute by defender Filip Novak.

While the Trabzonspor squad was reduced to 10 men after the referee sent Majid Hosseini off with a red card, the balance was quickly restored as Alanyaspor saw its Fabrice N'Sakala sent away with a second yellow card two minutes later.

As if mirroring the events of the first half, the early lead Trabzonspor snatched was undone by a last-minute goal by Alanyaspor’s Greek midfielder Anastasios Bakasetas.

With six weeks left until the end of Süper Lig, Başakşehir currently sits at the top with 59 points, two points above its rival Trabzonspor.

After the high-stakes match, a brief scuffle broke out between executives of Alanyaspor and Trabzsonspor, with Trabzonspor President Ahmet Ağaoğlu climbing down to the pitch in a heated argument with Alanyaspor staff. Security forces at the stadium broke up the fight quickly before things escalated further.

Speaking in a broadcast following the match, Ağaoğlu explained he walked on the pitch after one of the Alanyaspor staffers swore at his mother.

“No one should doubt Trabzonspor will be the champion this year,” he said.

In a similar sentiment, Trabzonspor fans welcomed their team upon their return to the Black Sea city by lighting up flares and chanting “champions” to show their support.