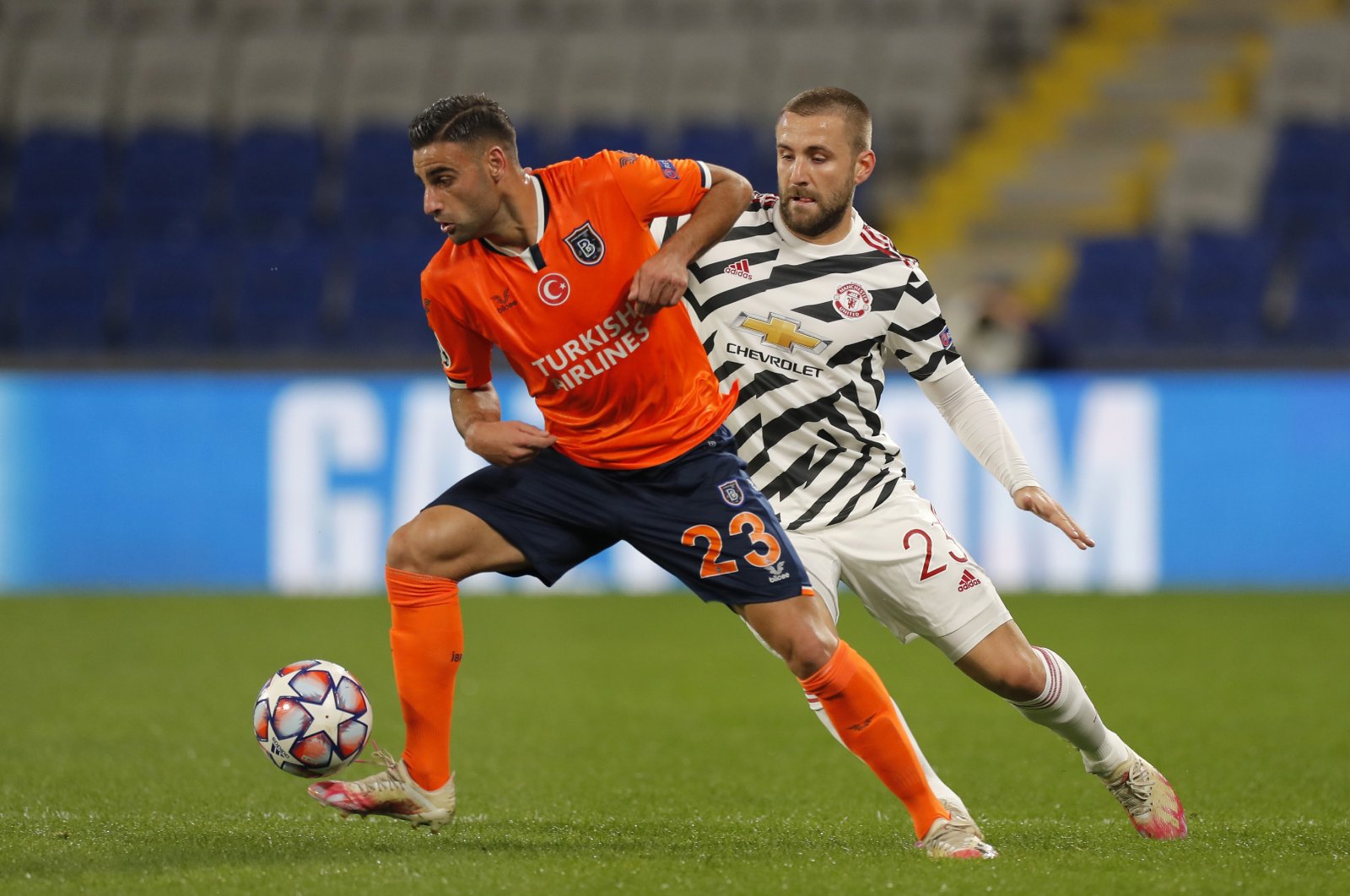 Istanbul Başakşehir takes on Manchester United on Tuesday in the second round of their Champions League meeting, following the spectacular 2-1 win for the Turkish champion that capped off the first half of the group stages.

And now, Başakşehir coach Okan Buruk hopes his men will be able to pull a rabbit out of the hat once again and return from Britain with at least a point to cement his ambitions for advancing to the next round.

The Istanbul side shares the bottom side of Group H with Paris Saint-Germain, with both at three points, while Manchester United and RB Leipzig are tied at the top with six points.

As a realist, Başakşehir coach Okan Buruk never named the leader spot as his goal, but his desire for the second or third spot could be jeopardized in the case of a defeat at the Old Trafford.

Speaking to reporters before departing for Manchester, Buruk said the previous match has proved Başakşehir’s desire to leave an impression in its debut Champions League campaign and that his side was not a team to scoff at.

“Our victory in the last meeting has shown that we are a serious contender. It also paved the way for a potential third or second place in the group for us. We will be playing a very decisive game in that matter,” Buruk said Monday.

“We have a lot of reasons to win. It is one of those matches that you need to win both for your own and your country’s success, as well as prestige,” he said.

Some good news for Buruk is that he will be able to field his main goalkeeper Mert Günok after his coronavirus test was negative.

Başakşehir last week announced that Günok had tested positive after his arrival from the Turkish national team’s camp. He was replaced by reserve goalie Volkan Babacan during the Beşiktaş clash on Saturday, which ended with a 3-2 defeat.

But according to Buruk, Günok’s initial test could have been a false positive as the four other tests that followed all returned negative.

“Tests done by the UEFA have been negative too. The UEFA has allowed him to play for the upcoming match. So he is coming with us,” the coach said.

With Günok’s return, Buruk will have no players from his main squad missing for Tuesday’s clash.

In the other match of the group, last year’s runner-up PSG will host Leipzig.

Only winning against Başakşehir and losing its two other matches, PSG hasn’t had a good start to its latest Champions League campaign.

Under pressure after an inconsistent run of results this season, coach Thomas Tuchel knows another loss against Leipzig would leave his team in a complicated situation ahead of the last two games in the group stage.

"We need to reorganize our troops because we need to start thinking about Leipzig," Tuchel was quoted as saying Friday by Deutsche Presse Agentur (dpa), when PSG lost 3-2 at Monaco after leading 2-0 before half-time.

"We have to analyze all of this. But not for a long time. We have a final to play on Tuesday. And we have to prepare for it as we would in a final."

Another defeat on home soil would leave PSG’s hopes of reaching the round of last 16 in shreds. The good news for Tuchel is that both Kylian Mbappe and Neymar are back in the squad, returning from injuries.

At Monaco, Neymar was a half-time substitute and made his first appearance since the win at Istanbul on Oct. 28.

"Neymar? Yes, it's decided. He will start against Leipzig," Tuchel said.

Both missed the first leg against Leipzig. Mbappe scored a brace against Monaco on Friday, but his performance couldn't prevent defeat.

But Tuchel still faces the headache of trying to patch his team together. Ander Herrera is doubtful with a knock before the game at Monaco, while Marco Verratti is also not confirmed in the squad due to injury.

As for Leipzig, the German side can take a big step toward the next stage but also didn't manage a good result over the weekend in being held to a 1-1 draw at Eintracht Frankfurt.

"The pressure is on PSG," Leipzig coach Julian Nagelsmann said. "We would like to win, to have a good advantage.”