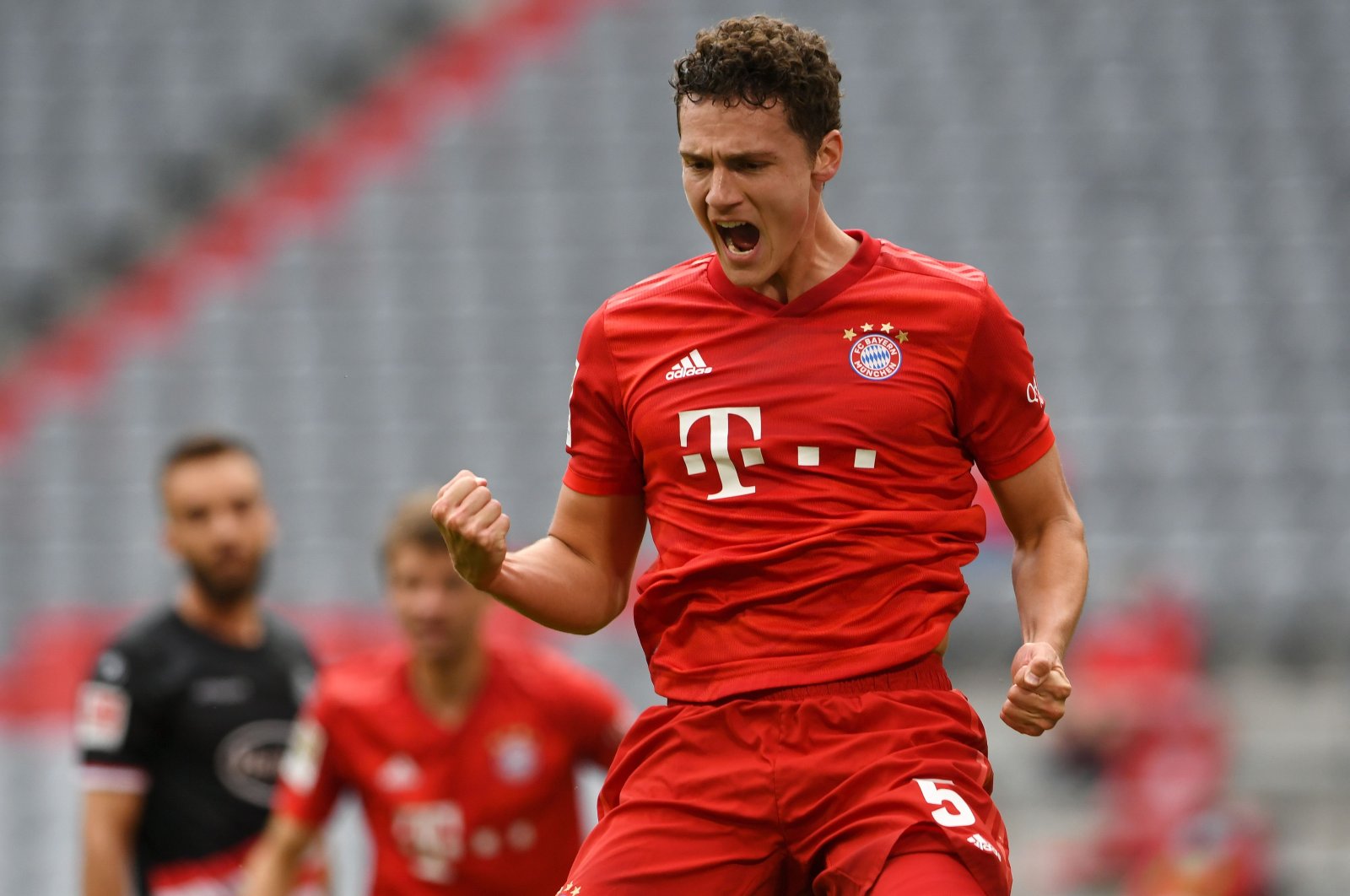 Enjoying a remarkable change in fortune from earlier in the season, leader Bayern Munich will visit Bayer Leverkusen to put the finishing touches on its title claim

Bundesliga leader Bayern Munich will travel to Bayer Leverkusen on Saturday looking to complete a remarkable turnaround in fortune and take another step closer to an eighth successive title.

When Leon Bailey's double for Leverkusen handed Hansi Flick a first defeat as Bayern coach in Munich back in November, there was little to indicate what would follow.

But in progressing from emergency solution to interim coach to, finally, the undisputed coach of choice at Bayern on a long-term deal, Flick has banished memories of the difficult start to the season under Niko Kovac.

"I knew him from the German national team, but he also developed," Thomas Mueller told international media this week. "I didn't know him as a head coach, but I am very impressed by how well he has handled this situation.

"When you work for a club as big as Bayern is, you are always under pressure. The media is not always on your side and you have to be very successful to have a nice time here," Mueller said.

Flick has won 22 of his 25 competitive games for Bayern, a start that eclipses even that of Pep Guardiola.

Bayern will enter the game seven points clear of closest challenger Borussia Dortmund with just five rounds left of the season delayed by the coronavirus outbreak. When it lost at home to Leverkusen, it was fourth and four points off the pace set by Borussia Moenchengladbach.

The trip to fifth-placed Leverkusen and hosting fourth-placed Gladbach next week are, on paper, the toughest remaining tests of the league season.

In between, they welcome Eintracht Frankfurt in the German Cup semifinal and, still in the currently suspended Champions League, a repeat of the 2013 treble could be on.

The Bundesliga website this week pointed out Flick's side outscores the team assembled by treble coach Jupp Heynckes with 3.2 goals per match while also running on average nearly 3 kilometers (1.9 miles) more per game.

Leverkusen, out of the Champions League spots on goal difference, is out to cause another upset.

"We'll face a team on Saturday who will be up for the game, very intensive in challenges and will want to win the ball high up the pitch," said midfielder Julian Baumgartlinger.

"We had a similar sort of game in Munich. And, nevertheless, there was space and we found it," he said.

Wagner on the rocks

Meanwhile, Schalke manager David Wagner’s future at the club could become uncertain, despite signing a recent contract extension, if his side fails to secure a win against Union Berlin on Sunday.

Wagner, a former Borussia Dortmund youth coach during Juergen Klopp's time there, was hailed as one of the game's brightest talents after guiding Huddersfield Town to the Premier League in 2017 and keeping them there the following season.

Arriving at Schalke, which is without a German championship title since 1958, the 48-year-old was tasked with stabilizing the side after years of roller-coaster campaigns.

He had a bright start, guiding the team to fourth place and ahead of Bayern Munich after the first 15 matches and letting the fans dream of a Champions League place.

But the honeymoon period was short.

When the league resumed in January, Schalke had lost its ability to score, notching five goals and just one win in 12 matches.

A two-month break due to the COVID-19 pandemic has done nothing to reverse their fortunes, with Schalke losing all four games and scoring just once since the May 16 restart.

The loss of Germany international Suat Serdar for the remainder of the season due to injury was a further blow.

Its free fall since the winter break has seen them tumble to 10th place, all but eliminating any chance of European competition next season.

Just 10 days ago, club bosses were moved to guarantee Wagner, whose contract runs out in 2022, would still be in charge next season but last week's 1-0 home loss to relegation-threatened Werder Bremen has ratcheted up the pressure.