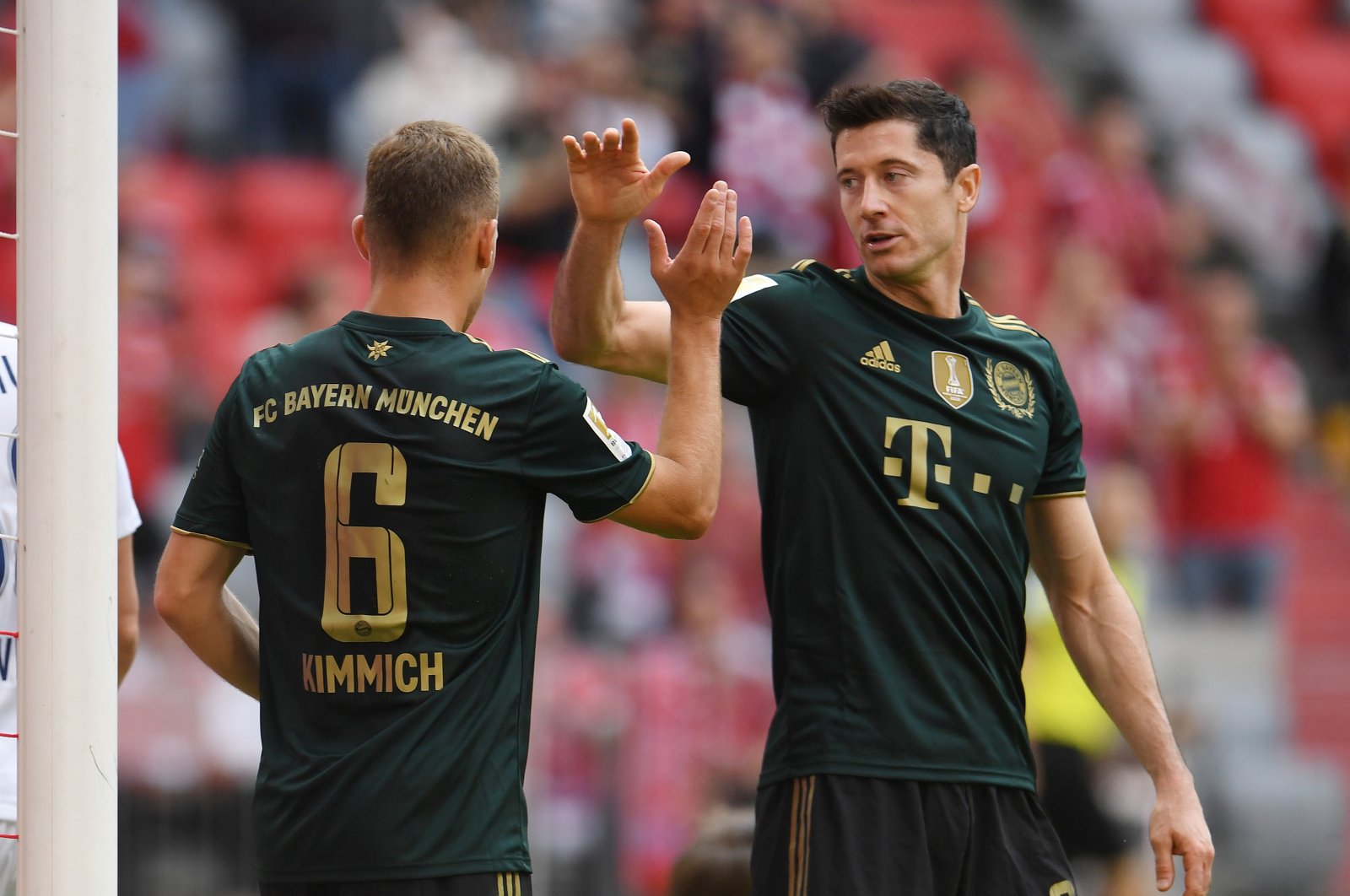 Champions Bayern Munich sealed a comfortable 7-0 win over Bochum at home in a Bundesliga clash on Saturday.

Joshua Kimmich with a brace, Leroy Sane, Serge Gnabry, an own goal from Vasilios Lampropoulos, record-breaking Robert Lewandowski and substitute Eric Maxim Choupo-Moting secured a fourth league win in a row and sixth straight in all competitions.

Bayern improved to 13 points, one more than Wolfsburg who plays Eintracht Frankfurt on Sunday aiming to continue their perfect start into the league season.

Bochum dropped to second last after their worst-ever Bundesliga defeat.

Augsburg got their first season win 1-0 against Borussia Moenchengladbach, while Mainz vs. Freiburg and Bielefeld vs. Hoffenheim ended 0-0, with Cologne vs. Leipzig later Saturday.

"Bochum were very alert at first but we got rolling after the first goal," Sane told broadcasters Sky.

Bochum goalkeeper Manuel Riemann said: "If you make it so easy for your opponent then you concede seven. We gifted them at least four goals. It is very bitter. But it shows their class."

Leon Goretzka was in Munich's team against his boyhood club a few days after signing a contract renewal until 2026, but the goals were scored by others though with Sane getting Bayern going with a 25-meters free kick into the bottom right corner.

And the Germany winger who was only a few weeks ago jeered by Bayern fans then set up the second 10 minutes later with a low cross to Kimmich who turned and scored with a little help of a deflection.

"Things are going well for me at the moment. I know what I am capable of," Sane said.

Gnabry made it 3-0 in the 32nd and it was 4-0 at intermission when Lampropoulos' attempted clearance went in.

On the day 45 years ago Bayern had famously fought back from 4-0 down to win 6-5 in Bochum, but the western Germans were not able to mount a similar comeback in Munich.

On the contrary, Sane's cross on the hour was deflected to Lewandowski for an easy tap-in, Kimmich chipped home to make it half a dozen five minutes later and substitute Choupo-Moting wrapped up matters by coming third time lucky after Riemann had saved his first two attempts.

Lewandowski became the first-ever player to score in 13 successive Bundesliga home games and also moved within one game of Gerd Mueller's record of having scored in 16 league matches in a row.

Hertha Berlin beat bottom club Greuther Fuerth 2-1 on Friday, and the other Sunday games are VfB Stuttgart vs. Bayer Leverkusen and Borussia Dortmund vs. Union Berlin.