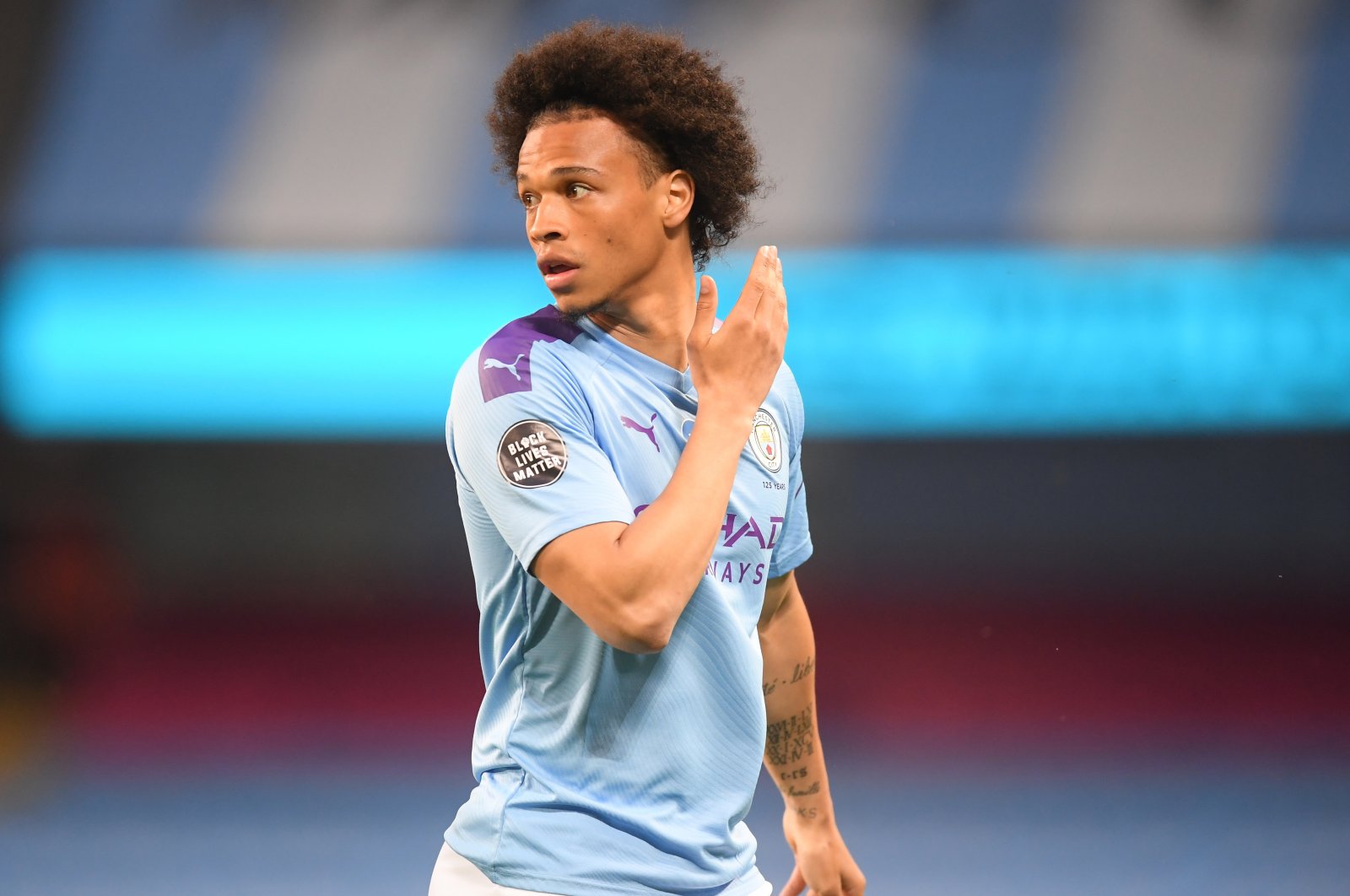 Leroy Sane of Manchester City comes on from the bench during the English Premier League football match between Manchester City and Burnley at the Etihad Stadium in Manchester, England, June 22, 2020. (EPA Photo)
by German Press Agency - DPA Jul 03, 2020 10:14 am
RECOMMENDED

The former Premier League champion had hoped to keep the 24-year-old but Sane rejected an extension to his contract which was due to expire in 2021.

"He is an outstanding player who has proven his qualities over the past few years, especially in the national team," Bayern chairman Karl-Heinz Rummenigge said in a club statement.

Sane is set to prepare for the upcoming season in Munich from next week onward.

"FC Bayern is a great club with big goals – and these goals suit me as well," Sane said. "I'm looking forward to the new challenge and can't wait to train with the team."

Bayern did not confirm the transfer fee paid for the 21-times capped Germany player but it would have decreased massively since their original interest last year.

Last summer, a potential 100 million-euro ($112.9 million) move was rumored but a combination of Sane's contract having a year less to run and the coronavirus crisis slashed the fee.

Sane is Bayern's third signing for the new season after the free transfers of goalkeeper Alexander Nuebel from Schalke and young defender Tanguy Nianzou Kouassi from Paris Saint-Germain.

The transfer meets coach Hansi Flick's wish for a top class wide player, an area of the side he previously identified to be improved.

Ivan Perisic, on loan from Inter Milan, could also be signed permanently to add further cover and some experience.

"We have a young team with potential," said former president Uli Hoeness. "I can well imagine, when all runs well, the start of a new era for Bayern Munich."