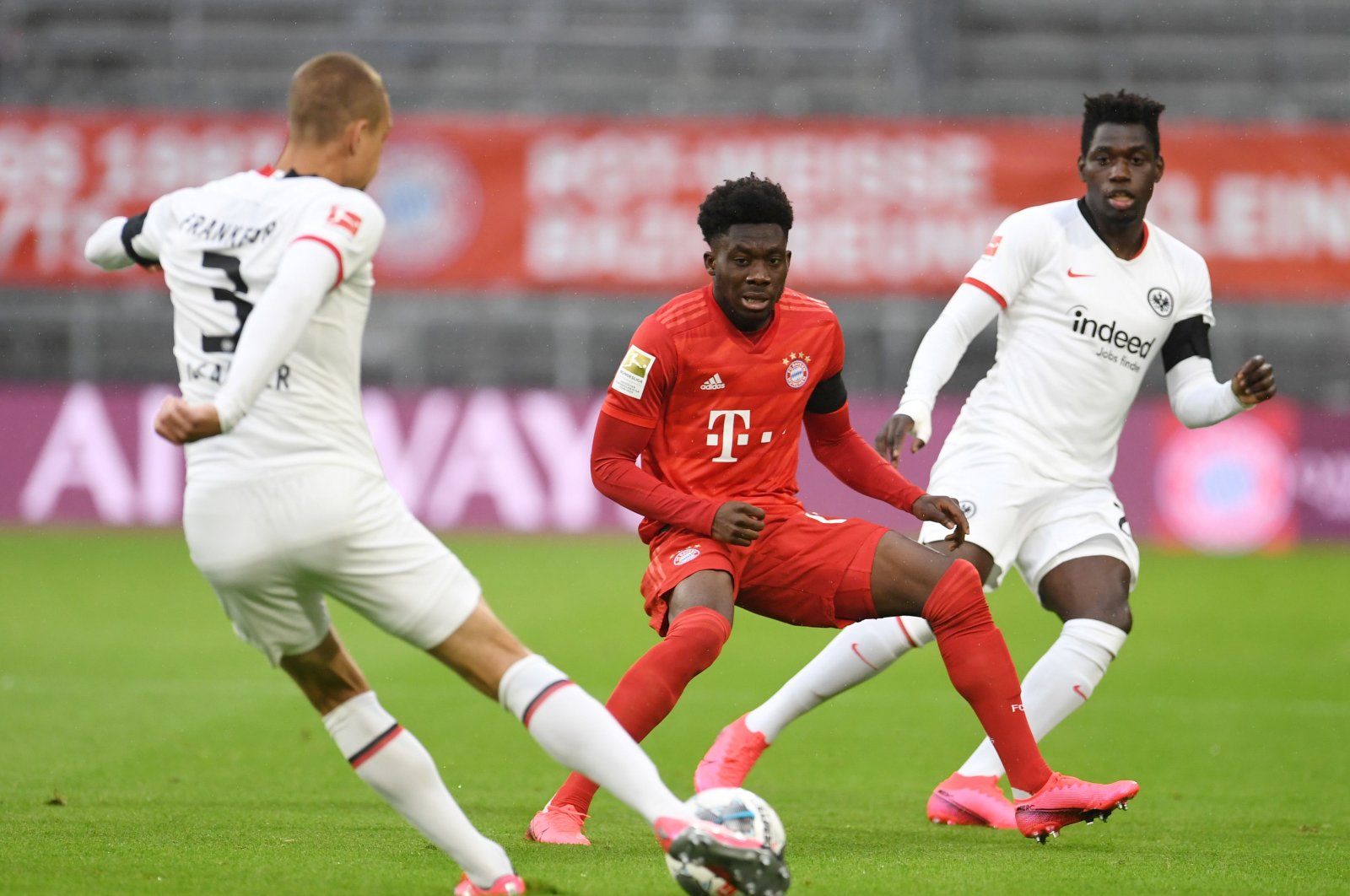 Bayern Munich can take another step toward repeating last season's German league and cup double on Wednesday, with midfielder Leon Goretzka – a player transformed since the coronavirus shutdown.

Bayern hosts Eintracht Frankfurt behind closed doors in the semi-finals of the German Cup, three days before they could conceivably wrap up an eight successive Bundesliga title.

Hansi Flick's side has won all five games since the league resumed last month following the coronavirus suspension, including a 5-2 rout of Wednesday's opponents Frankfurt.

Germany international Goretzka has been at the heart of Bayern's impressive displays, notching two goals and three assists since the restart.

"I feel very good at the moment," said Goretzka, who set up a goal for Kingsley Coman and then scored himself in Saturday's 4-2 win at Bayer Leverkusen.

The 25-year-old said he made the most of the unscheduled break to spend more time in the gym, giving Bayern extra muscle in midfield alongside the likes of Joshua Kimmich and Thiago Alcantara.

"I haven't lost any speed, quite the opposite," said Goretzka, cited by Flick as the catalyst behind Bayern's comeback win at Leverkusen last weekend.

"Leon was instrumental. With his physique, he has a huge presence on the pitch," said Flick.

"He set the tone that you need in a team when things are not going so well. He did that brilliantly."

Frankfurt upset Bayern in the 2018 German Cup final with a 3-1 victory in Berlin, but the Bavarians have already beaten Eintracht home and away in the league this season.

"We still have no intention of taking our foot off the accelerator," said Goretzka.

A treble also remains possible for Bayern, who is on the verge of the Champions League quarter-finals after a 3-0 win at Chelsea in the last 16, the first leg in February. The competition has been on hold since mid-March.

Eintracht has endured a disappointing league season although it has at least stabilized enough not to be in serious danger of relegation.

"We need an absolutely perfect day when everything works," said midfielder Sebastian Rode. "Everyone must fight for the others so we can reach our goal.

"We have shown this season that we can beat every opponent, but on bad days can also lose to anyone."