Bayern's Kimmich out until January after knee surgery 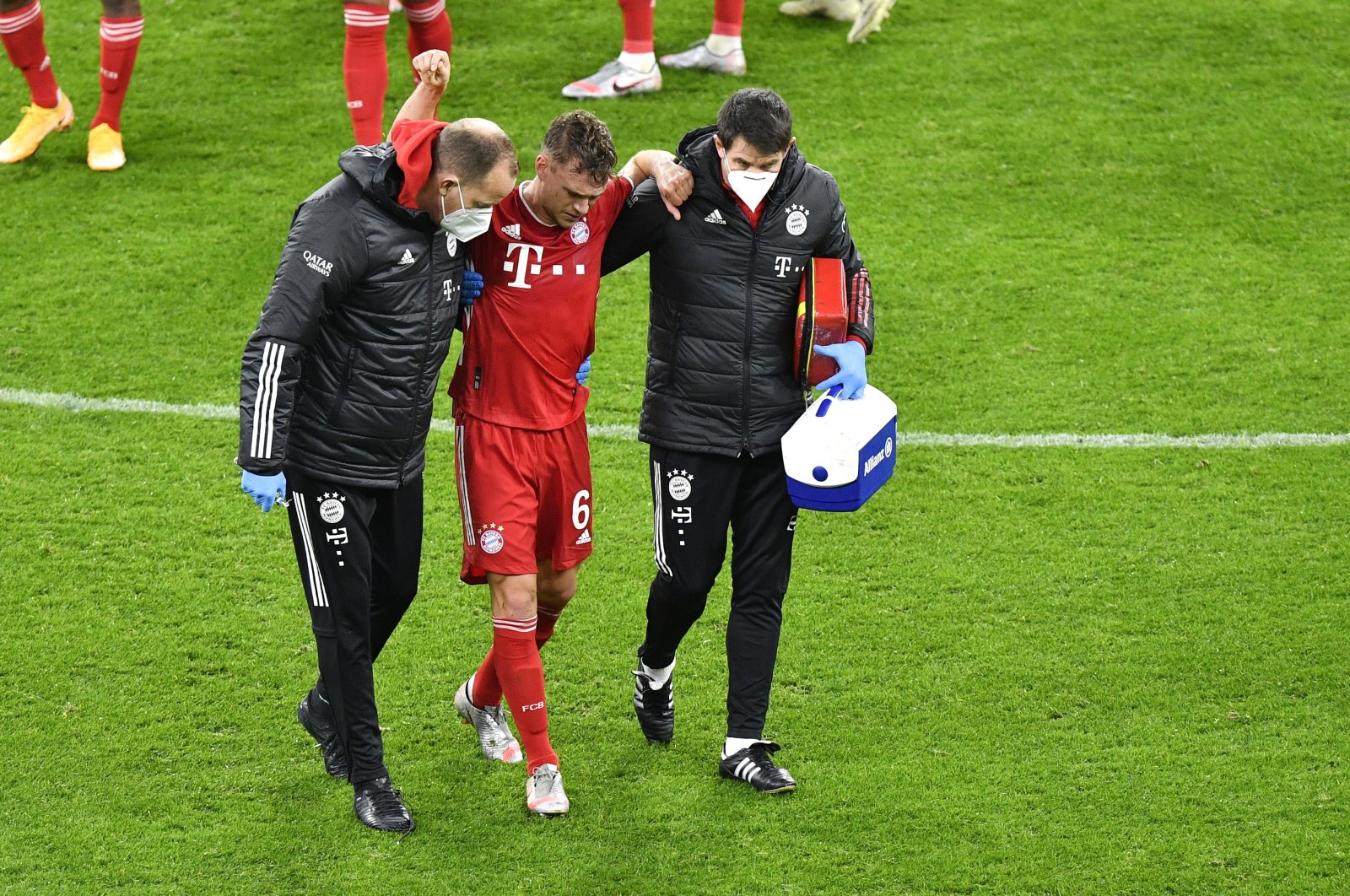 Bayern Munich's Joshua Kimmich (C) leaves the pitch as a substitute after sustaining an injury during a Bundesliga match against Borussia Dortmund, in Dortmund, Germany, Nov. 7, 2020. (Reuters Photo)
by Associated Press
Nov 09, 2020 3:56 pm

Bayern Munich midfielder Joshua Kimmich will be out until January after undergoing a knee operation, the club said.

Kimmich damaged the meniscus in his right knee in a challenge on Borussia Dortmund forward Erling Haaland during Bayern's 3-2 win over its title rival on Saturday. He had to be helped off the field.

Kimmich was operated on successfully Sunday and the club hopes he can return to play in January, the club said late Sunday.

“We’re glad that Joshua will probably be available again in a matter of weeks. We’ll support him in his rehabilitation as best we can,” sporting director Hasan Salihamidzic said in a statement.

Kimmich has played 11 games for Bayern this season, scoring three goals and setting up seven more.

The injury rules Kimmich out of Germany’s team for Nations League games against Ukraine at home on Saturday and away to Spain on Nov. 17.

Germany coach Joachim Low said Monday he was “happy” to hear that the operation was successful.

“We will obviously miss him for the Nations League games against Ukraine and especially in Spain,” Low said. “However, the most important thing is that he will get the time and peace he needs now in order to recover completely."