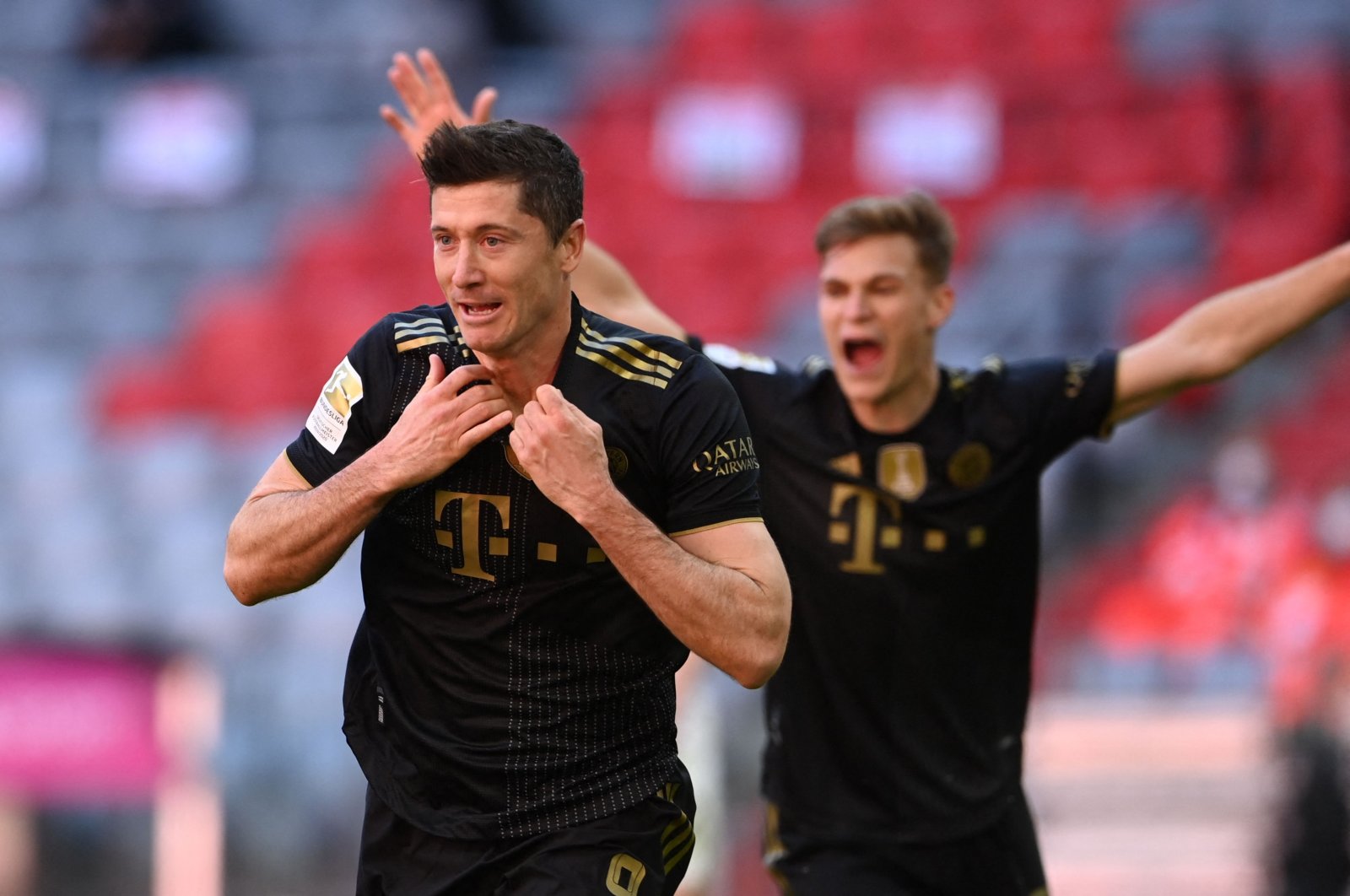 Poland forward Robert Lewandowski added another silverware to his impressive personal record, this time clinching a victory over a top-scoring player in a Bundesliga season with an unbelievable 41 goals.

The Bayern Munich striker broke Gerd Muller's 49-year-old scoring record for a single season on Saturday when he scored in the last minute of their last match, a 5-2 win over Augsburg, taking his tally to 41 goals, one more than the former Bayern great.

The Poland striker is already second on the all-time scorers' list in the Bundesliga, with 277 goals now, behind only Mueller's 365. Muller set the previous record in the 1971/72 season with 40 goals, which Lewandowski equaled last week.

Lewandowski missed more than half a dozen clear scoring chances in the game and looked set to miss out on the record, with Augsburg determined not to let him add to his tally and snatch the record away from Muller, a youth idol of Augsburg coach Markus Weinzierl.

But the Pole was not to be denied and in the final minute, when keeper Rafal Gikiewicz spilled a Leroy Sane shot, the forward rounded the keeper to score.

With coach Hansi Flick and several players of the old guard – Javi Martinez, David Alaba and Jerome Boateng – bidding farewell to the club, and 250 invited fans in the 75,000-seat arena, it was an emotional afternoon for Bayern with the championship long wrapped up.

It did not take long for the host to take the lead, with Augsburg's Jeffrey Gouweleeuw stabbing the ball into his own net from a Serge Gnabry cutback in the ninth minute.

Gnabry then headed in his team's second goal in the 23rd after Gikiewicz had saved a point blank effort by Lewandowski.

Kingsley Coman also got onto the scoresheet, scoring two minutes before the break, with his low crisp shot whizzing past Gikiewicz.

The visitors came to life midway through the second half, scoring twice with Andre Hahn and Florian Niederlechner. But it was Lewandowski who had the last say.

At the other end of the table, former Bundesliga champion Werder Bremen was relegated for the first time since 1980 following their 4-2 defeat to Borussia Monchengladbach, along with already-relegated Schalke 04.

Lars Stindl, Marcus Thuram, Ramy Bensebaini and Florian Neuhaus scored for Gladbach as the return of Thomas Schaaf to the Bremen helm for one game was to no avail.

Bremen missed the relegation play-off and went straight down along with Schalke because Cologne beat Schalke 1-0 from Sebastiaan Bornauw's 86th-minute winner to move ahead of Bremen into the play-off spot.

There was total silence in Bremen as Gladbach's victory was to no avail either because Max Kruse scored a stoppage time 2-1 winner for Union Berlin who remained seventh to claim the place in the new European Conference League.

F.C. 1 Köln will go into the relegation playoffs after scoring an 86th-minute winner over Schalke.