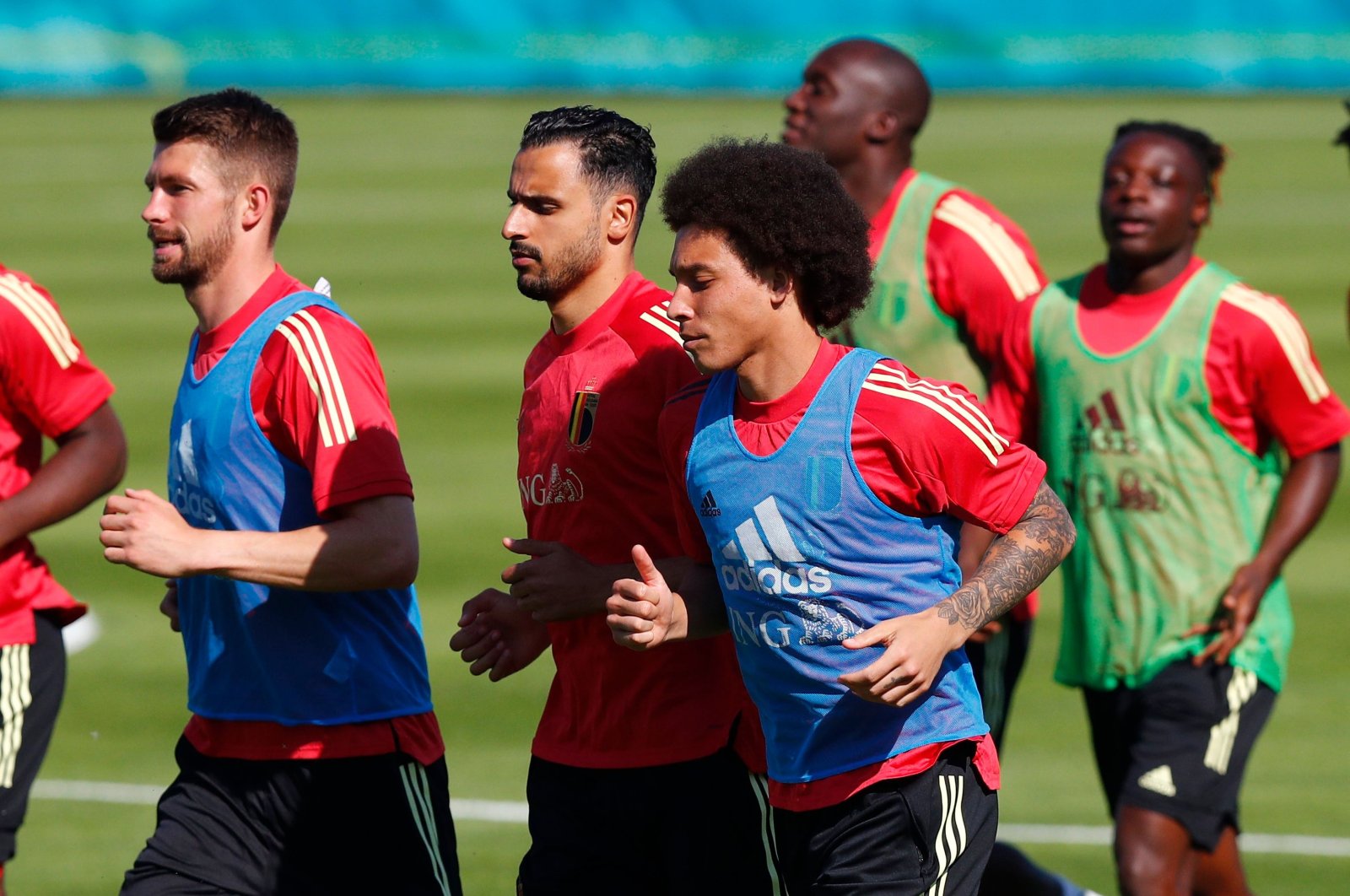 Tournament favorites Belgium will look to continue its unbeaten qualifiers run in the Euro 2020 as it takes on Russia in its opening Group B match in St. Petersburg Saturday.

Romping through the European Championship qualifiers, Belgium looked every bit the top-ranked team in world football and strong contenders for its first major tournament title.

However, hopes for the finals have been dealt a serious blow by a series of injuries to key members of the team.

Belgium will likely be without Kevin De Bruyne and Axel Witsel and have captain Eden Hazard only on the bench against Russia.

The absence of such a quality trio, essentially the heartbeat of the team, would be fatal to most. But Belgium’s considerable resources mean it is an opportunity for Youri Tielemans to step up into a leading role, just one month after his FA Cup final heroics.

Up front, Romelu Lukaku comes into the tournament on the back of a leading role in Inter Milan’s Serie A success and confirmed his form by extending his scoring record for Belgium to 60 goals with the winner in Sunday’s friendly against Croatia.

One of those 60 came in November 2019 when Belgium was last in St. Petersburg, thumping its Russian hosts 4-1 to ensure a 100% finish to its qualifying campaign.

Russia qualified a distant second, six points behind in the group, and Saturday’s home advantage seems irrelevant given how comprehensively Belgium picked them apart previously.

"Yes, their team is strong, but we will make every effort to play well against them," conceded Anton Shunin, who has the difficult task of filling the void in the Russian team left by the talismanic goalkeeper Igor Akinfeev.

Russia will need its 1.98-meter (6 feet 6 inches) striker Artyom Dzyuba to prove disruptive, with the assistance of Denis Cheryshev and Alexander Golovin, if they are to stand any chance.

But its best chance of success could be a five-man defense set out to frustrate its guests. That was how they forced a draw with Spain in the last 16 at the World Cup in 2018, which allowed them to reach the quarterfinals via a penalty shootout.

Wales was the surprise packages of the 2016 European Championship but it kicks off the Group A campaign against Switzerland in Baku on Saturday with a very different team.

Five years ago, under Chris Coleman, the Welsh, playing in its first major tournament for 58 years, reached the semifinals before losing to eventual winners Portugal.

Only eight players survive from a campaign, which gave Welsh football the belief that it can compete against the bigger nations and Coleman has long since gone, replaced by former Manchester United winger Ryan Giggs.

Giggs' assistant Robert Page will take charge of the side during this tournament in the absence of Giggs, who faces charges of assaulting two women and has pleaded not guilty.

Much is still expected of the star of 2016, Gareth Bale, despite his disappointments at club level with Real Madrid and Tottenham Hotspur, but it is the younger faces who are generating most of the optimism.

Harry Wilson and David Brooks are two other talents, both with technical skills, who could make an impact for Page's side.

"It is crucial, it’s the first game and you want to get off to a good start," said Page, who having worked with the age-group teams, has a strong link with his younger players.

"They’re great characters, first and foremost. I’ve worked with them through Under-19s and U-21s, so I know them as people, as characters. I know they’ve got ability. And they’ve made that transition and step-up really smoothly, so that’s credit to them as well.

"They’ve just got to be themselves. Yes, you’re playing against the best teams in Europe, but we’ve proven in recent months...that we can compete against the best," he said.

But the Swiss reached the last 16 in the World Cup in Russia in 2018 and in France two years earlier and are a solid side who will fancy its chances of progressing from Group A – which also includes Italy and Turkey.

Vladimir Petkovic's team lost just one game in qualifying and in Arsenal midfielder Granit Xhaka and Liverpool playmaker Xherdan Shaqiri he has experienced players comfortable at this level.

Borussia Moenchengladbach's Breel Embolo and Benfica's Haris Seferovic are a handful in attack but much will depend on Shaqiri to provide the creative spark.

"We respect our opponents – that's very important – but we're not scared of anyone," Petkovic said.

In the other match of the day, Euro 1992 champions Denmark will come head to head with Finland in Copenhagen.

Finland goalkeeper Lukas Hradecky didn't sugarcoat things when summing up the difference between his team and Denmark at the European Championship.

“They have better players than us in every position,” Hradecky said bluntly ahead of Finland's major tournament debut at Euro 2020.

Finland, though, showed great cohesiveness in qualifying for its first major tournament under coach Markku Kanerva. That's in part because the core of Kanerva's team has been together since he led them to the Under-19 European Championship in 2009.

With that kind of tight-knit bond, Finland could spring a few surprises at Euro 2020. And Denmark, of course, knows all about springing an upset at this tournament – having won the 1992 European Championship in one of the sport's biggest shocks.