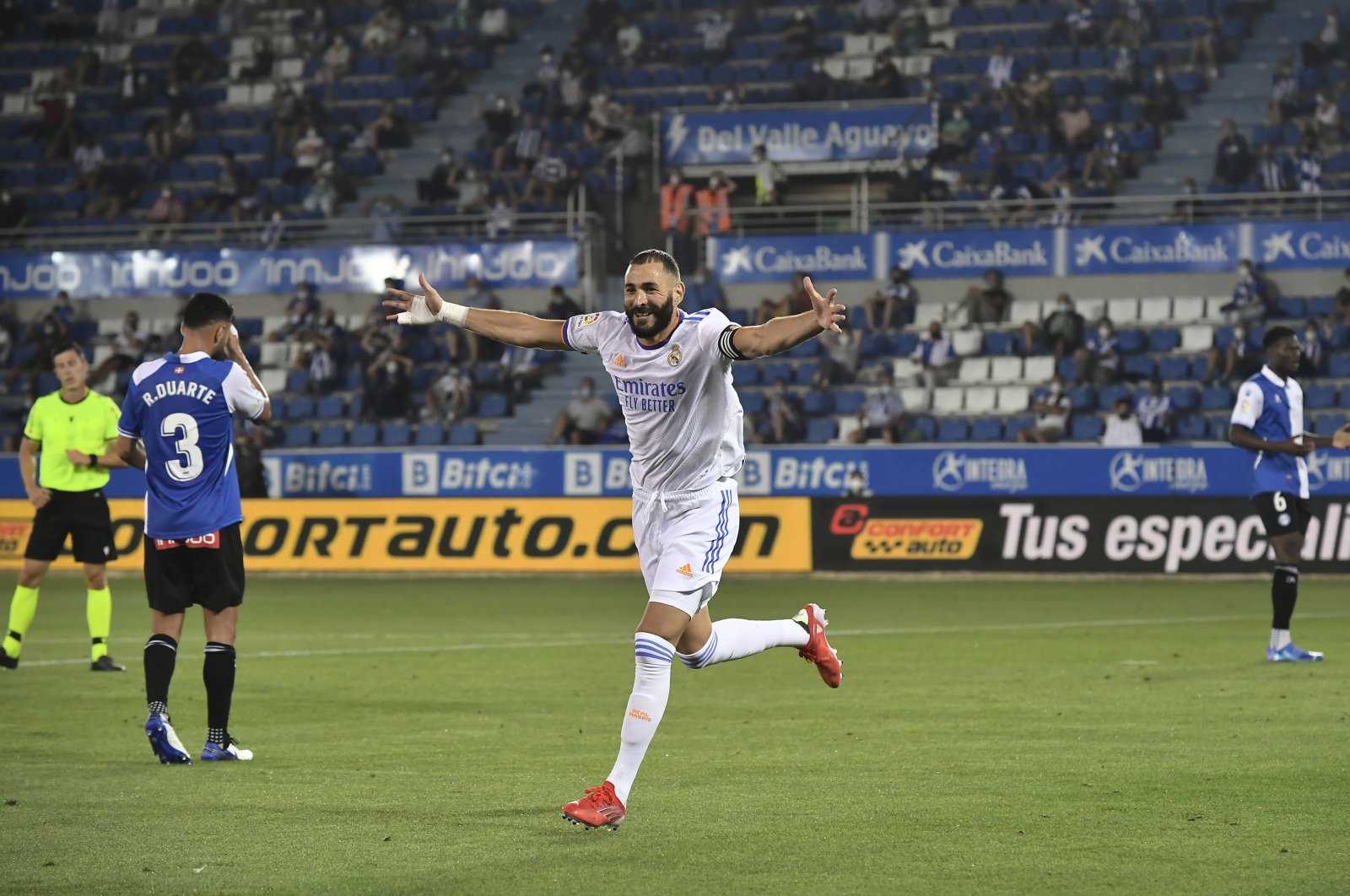 Spanish giant Real Madrid was off to a flying start to the 2021/2022 season Saturday after veteran French striker Karim Benzema scored twice to give his side a 4-1 victory at Alaves.

Real's eternal rival Barcelona may have lost Lionel Messi but Real itself is in a period of transition, having seen Zinedine Zidane step down as coach and central defensive linchpins Sergio Ramos and Raphael Varane head for Messi's PSG and Manchester United, respectively.

Even with their big names still on board both of Spain's biggest clubs were unable to prevent Atletico Madrid from walking off with the title last season.

But after initially failing to click in a goalless first half, Real found its rhythm after the restart as the returning Gareth Bale found Eden Hazard who flicked on with his heel for Benzema, skipper in the injured Marcelo's absence, to volley home on 48 minutes.

Bale blotted his copybook with a booking for a high boot thereafter but Real – who featured its only new face in David Alaba – did not allow that to loosen the grip it was steadily taking on the game.

Nacho volleyed in from close range following a Luka Modric short corner on 56 minutes and Benzema made it 3-0 and essentially game over just after the hour, scuffing in at the second time of asking after a fine run and assist by Federico Valverde.

A Joselu penalty for the hosts was a minor blemish after Thibaut Courtois, making his 100th Liga appearance between the posts for Real, brought down John Guidetti.

But a Vinicius header applied extra gloss for Real's fourth in injury time.

"To call Karim a striker is not to do him justice – he is a very complete player. More so than five years ago," said Ancelotti.

"In the first half we lacked intensity but Karim's first goal opened up the game. I want to play with intensity with or without the ball."

In other actions Saturday, Cadiz and Levante parted 1-1 as did Mallorca and Real Betis while the match between Osasuna and Espanyol ended in a goalless stalemate.

Atletico starts its title defense Sunday at Celta Vigo in Galicia while Barcelona begins the post-Messi era at the Camp Nou against Real Sociedad while Sevilla host Rayo Vallecano.

There are two matches Monday as Villarreal goes up against Granada while Elche meets Athletic Bilbao.

Valencia got the ball rolling Friday and pocketed three points after an early Carlos Soler penalty was enough to see them overcome Getafe 1-0.