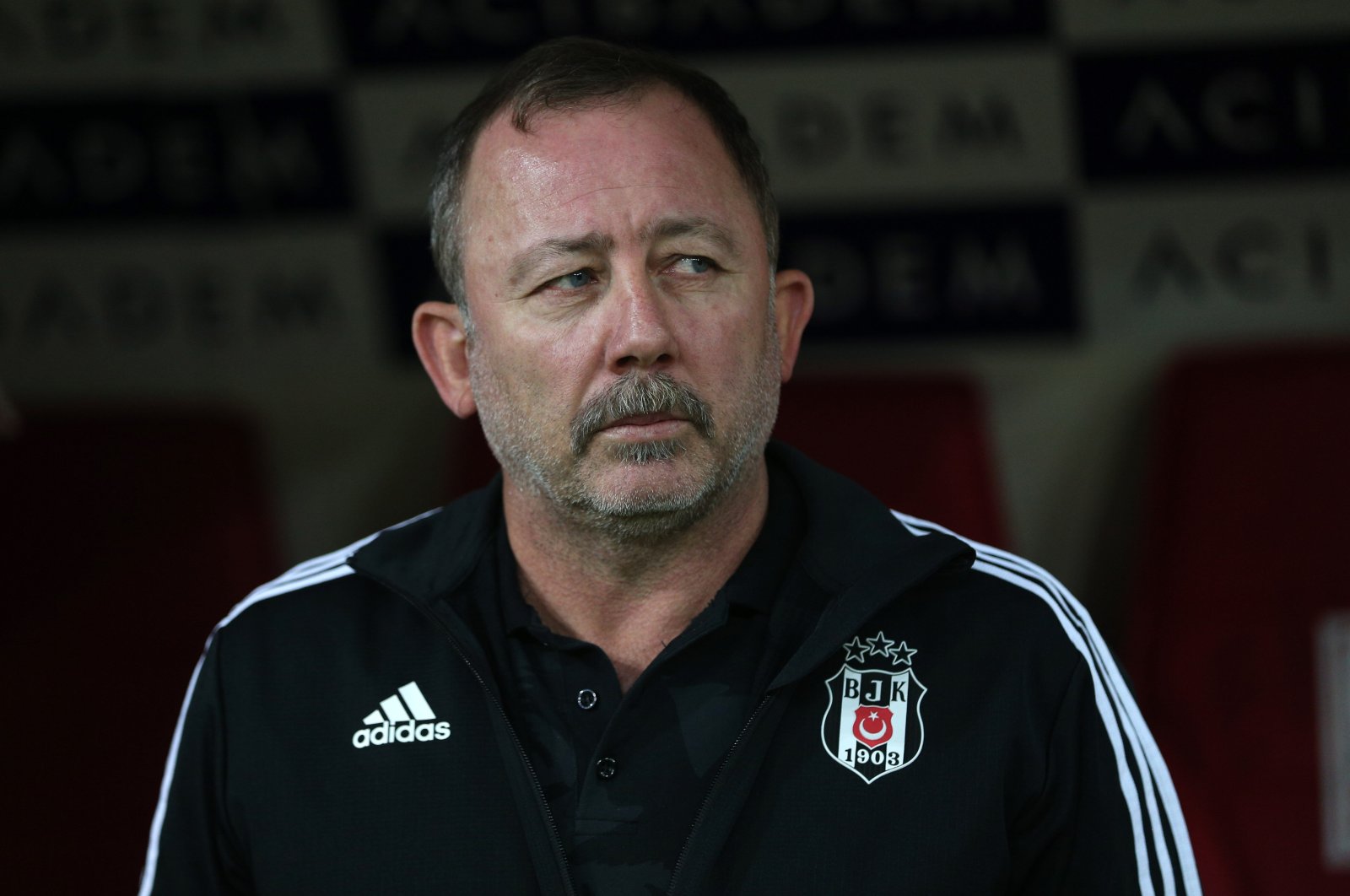 Beşiktaş manager Sergen Yalçın said many of his players were acting irresponsibly as he blamed them for the Istanbul side’s lackluster performance.

The Black Eagles started the season with a show of force, defeating last year’s runner-up Trabzonspor 3-1, but things have taken a downward turn ever since.

After drawing 1-1 with Antalyaspor, Beşiktaş lost its last two matches against Konyaspor and Gençlerbirliği. To worsen the situation, the Istanbul side was first knocked out of the Champions League by Greek side PAOK with a 3-1 defeat and then crashed out of the Europa League after losing to Portugal’s Rio Ave in a penalty shootout.

And now, with its European campaign ending so early in the season and standing at 15th place with four points in the Süper Lig, Yalçın’s managerial capabilities have come into question.

Speaking to reporters after Sunday’s 1-0 defeat at Gençlerbirliği, Yalçın partially took the blame for the poor form but also pointed a finger at his players.

“Considering our gameplay, the result couldn’t have been different; maybe it could have ended in a draw. It looks like we need to question individual performances,” Yalçın said and added: “The way we play does not look hopeful. There can always be defeats, but the fact that our game lacks promise is creating questions and making us fall further than our goals.”

Explaining that he was not trying to avoid blame, Yalçın said he could not be held responsible for all the problems at the club.

“I take responsibility for the bad game and poor results, but I’m not responsible for everything. I learn a lot of things from TV. And this demoralizes me,” he said, suggesting there were communication problems within the club’s management.

Regarding criticisms about the club’s transfer policies, Yalçın said the reports were simply misleading, using the Italian footballer Mario Balotelli rumors at the start of the season as an example.

Explaining that Balotelli was never on the club’s transfer list, Yalçın added that he was the last person to hear about the potential move.

“When the club president asked me, I said we needed a less problematic forward, but I never said no. I said he was an expensive player with problems both on and outside the pitch. And I told them I wouldn’t take his responsibility and he should be transferred only if the club’s management was willing to take the blame if it created problems,” Yalçın said.

“But the reports told the story as if I didn’t want him.”