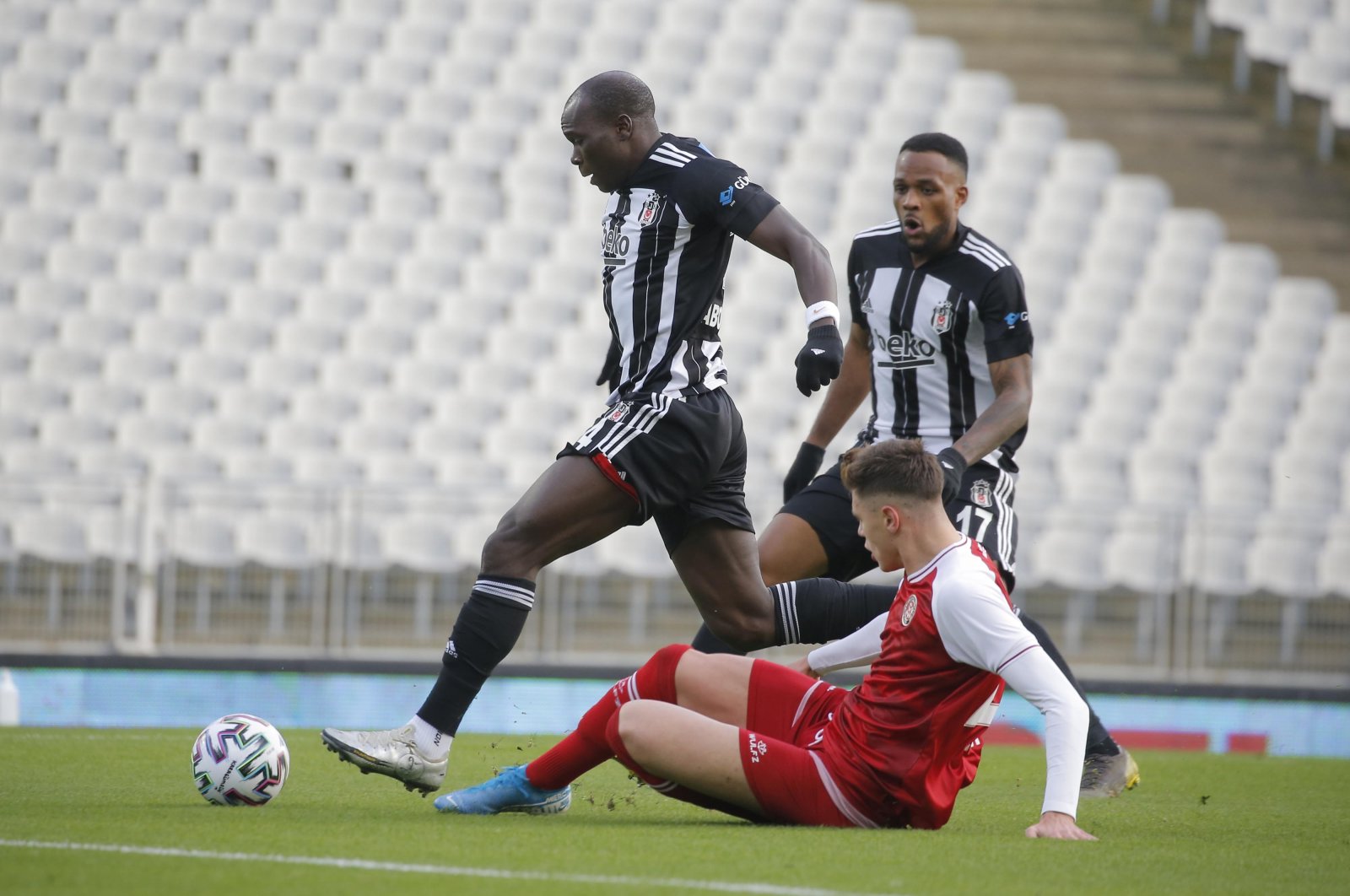 It was as if Beşiktaş manager Sergen Yalçın read my article about the Galatasaray derby and started his next match against Fatih Karagümrük with a much more dynamic squad. Starting with Bernard Mensah instead of Oğuzhan Özyakup and Kevin N’Koudou replacing Rachid Ghezzal, the team became an incredibly athletic group of players. Combined with the defensive quality Beşiktaş has accumulated since November a 4-1 victory against Karagümrük was totally earned.

After watching Beşiktaş completely dominate the game with their defensive and athletic game, I can wholeheartedly say Yalçın’s team can now play a game beyond the Süper Lig’s standards.

Beşiktaş can bring more players in and around areas where the ball is than any of their opponents. This habit is not just a matter of courage; it also means that the Beşiktaş squad is convinced about the tactical quality of the game they are playing. Having more men in the area provides an important advantage to the team. It means a continuous press against the opponent, which means not only leaving little to no room for play but also squeezing the game into a narrow space.

Beşiktaş squeezed Karagümrük’s attacking game, which required a wide field, into a narrow space and pushed it close to the opponent’s penalty box. Karagümrük had to accept Beşiktaş’s game around its penalty box throughout the match. After that, Yalçın’s team harassed Karagümrük’s defense with short bursts, a constant hit-and-run pressing style. With this strategy, Beşiktaş displayed the most advanced combination of defense and athleticism in Turkey.

On the other hand, there is no doubt that central midfielders Atiba Hutchinson and Josef de Souza bring crucial balance to Beşiktaş’s game. Their presence on almost every occasion allows Beşiktaş to find easier defensive and offensive solutions.

Likewise, center backs Domagoj Vida and Francisco Montero's calm and controlled game allows de Souza and Hutchinson to join attacks without worrying about the back. When these two, especially Hutchinson, join the attacks, Beşiktaş automatically has more players than its opponent almost everywhere the ball is.

Specifically for Hutchinson, I can only say the Canadian midfielder deserves the praise Beşiktaş fans sing of him. He walks in and out of every position like a typical wildcard. It seems as if he could play anywhere and everywhere on the pitch. His game, vision and energy, despite his age, transforms Beşiktaş.

Wingers Rıdvan Yılmaz and Valentin Rosier, on the other hand, are getting better by the week. During the Karagümrük match, the cooperation that Rosier established with Georges-Kevin Nkoudou on the right wing was much more efficient than his relationship with Rachid Ghezzal. The reason was simple, both Rosier and N'Koudou are very athletic players.

If Sergen Yalçın can find a proper role for Cyle Larin, the team can become the favorites in the championship race. Larin’s role is a bit vague at the moment, but I believe he can perform his best as a false nine. Larin can make fake runs to make the way for Vincent Aboubakar, who turns into a very deadly scorer when he faces the goal. This attacking scheme can be very helpful for Yalçın in this tight championship race.