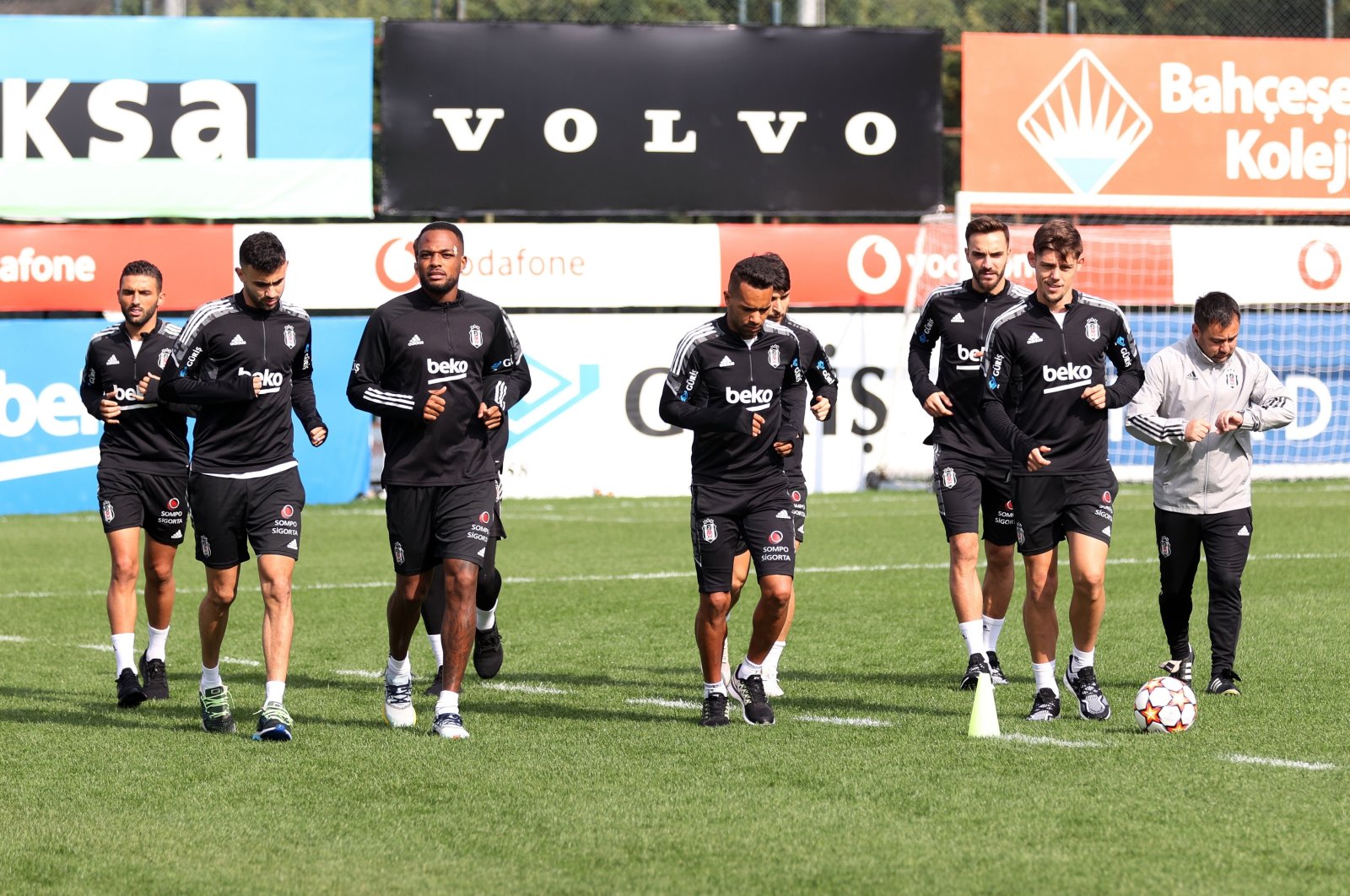 With three defeats in three outings, Beşiktaş's Champions League journey has reached a make-or-break point as it travels to Lisbon

Beşiktaş will get one last opportunity to put its UEFA Champions League campaign back on track as the Turkish champion travels to Portugal to take on Sporting Lisbon on Wednesday. The Black Eagles are yet to open their European scorecard with three losses in as many matches in Group C.

Sporting Lisbon, one the other hand, is third in the group with two defeats and one win. The single victory, 4-1 against Beşiktaş, came in the last matchday in Istanbul.

Lisbon lost to Ajax 5-1 in the opening game and was edged 1-0 by Dortmund.

The match will be crucial for Beşiktaş since this might be its last chance to move forward in the competition. However, there is more at stake. The Turkish champions could miss 2.8 million euros ($3.25 million) in winning bonuses if it loses the match, according to reports on Turkish media.

The match at Jose Alvalade Stadium will kick off at 11 p.m. Istanbul time (8 p.m. GMT).

Messi out of Leipzig clash

Lionel Messi was not included in the Paris Saint-Germain squad that will face RB Leipzig in the Champions League on Wednesday but forward Kylian Mbappe made the team.

Messi had limped off during PSG’s 2-1 win over Lille in Ligue 1 on Friday and was not included in the 21-member squad named on Tuesday for its Group A game in Germany.

The Argentine had been replaced by Mauro Icardi in Friday's match after having missed training a day earlier with a muscle problem.

Teammate Mbappe, however, who had to sit out the Lille game with an infection, was included.

The French club is top of Group A with seven points from three games, with Manchester City second on six. Club Brugge is on four, while Leipzig is yet to earn a point after losing all three games so far.

Liverpool plays Atletico again in the Champions League on Wednesday in a game that this time carries more significance for the Spaniards than the Reds.

Klopp's team is already five points clear at the top of a group that looked awkward when the draw came out in August.

Atletico is in scrap, level on four points with Porto, whom they still have to play in Lisbon in the final round.

In theory, the pressure on Liverpool should be reduced and yet this fixture keeps finding a way to irritate the German, to push his buttons and draw reactions he later has to rephrase or retract.

This will be the fourth meeting between the sides in the past 18 months. Atletico claimed victory in a thrilling knock-out tie last year after winning 1-0 at home, and 3-2 after extra-time away.

Liverpool then won by the same scoreline in Madrid last month, capitalizing on a red card for Antoine Griezmann and a penalty, scored by the blistering Mohamed Salah.

For the last decade, Klopp has been one of the game's most charming characters and charismatic voices. He is not a coach that seeks confrontation, either deliberately or desperately, as a technique to get the best out of players. His jabs at Atletico feel out of sync and out of character.

There have been several, but the most notable came after the loss at Anfield last year. "I don't understand with the quality they have to be honest, that they play this kind of football. I don't understand that," Klopp told BT Sport.

"When I see players like Koke, Saul (Niguez), (Marcos) Llorente – they could play proper football but they stand deep and have counterattacks. But they beat us that's how it is."

Inter Milan and AC Milan are looking for positive results in the Champions League not only to boost their chances of progressing to the next round but also to stand them in good stead heading into the weekend’s derby match in Serie A.

In the Champions League, it’s a different story for Milan, which has lost its first three games in the competition for the first time in its history and desperately needs a win at home to Porto in Group B.

Inter visits surprise Group D leader Sheriff and would move above its opponent with a win.

In the other Group D game, Real Madrid hosts Shakhtar Donetsk after winning 5-0 in Ukraine two weeks ago.