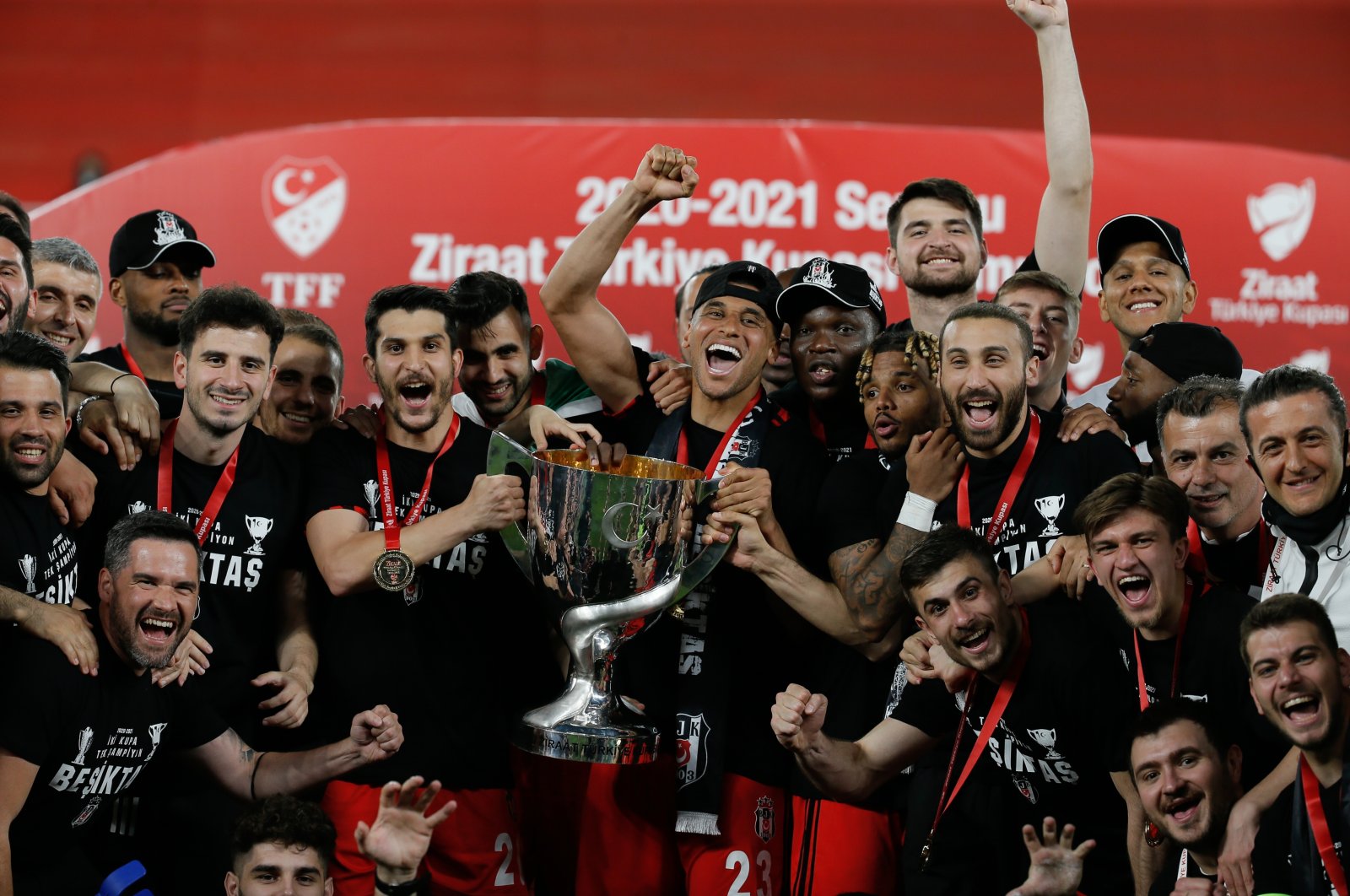 Beşiktaş players and staff celebrate with the Ziraat Turkish Cup after a 2-0 victory against Antalyaspor at Gürsel Aksel Stadium, Izmir, southwestern Turkey, May 18, 2021 (AA Photo)
by Agencies May 18, 2021 11:17 pm

Beşiktaş captured its 10th Turkish Cup in their 16th final.

"I wholeheartedly congratulate the Beşiktaş football team and the entire Beşiktaş community on winning the 2021 Ziraat Turkish Cup," he said on Twitter.

The usual wild celebrations of champions in Turkey's largest city were muted, with the country under lockdown due to a recent surge in coronavirus cases.

However, crowds of fans, many of whom did not wear masks and ignored social distancing rules, filled the streets of the Beşiktaş district and other parts of the country in low-key celebrations.

The victory brought relief to Beşiktaş in what has been otherwise a nervous end to the season, with defeats in its previous two matches.

Beşiktaş last won the Süper Lig title in the 2016-17 season but its fortunes were revived this season under coach Sergen Yalçın, a former star player at the club.