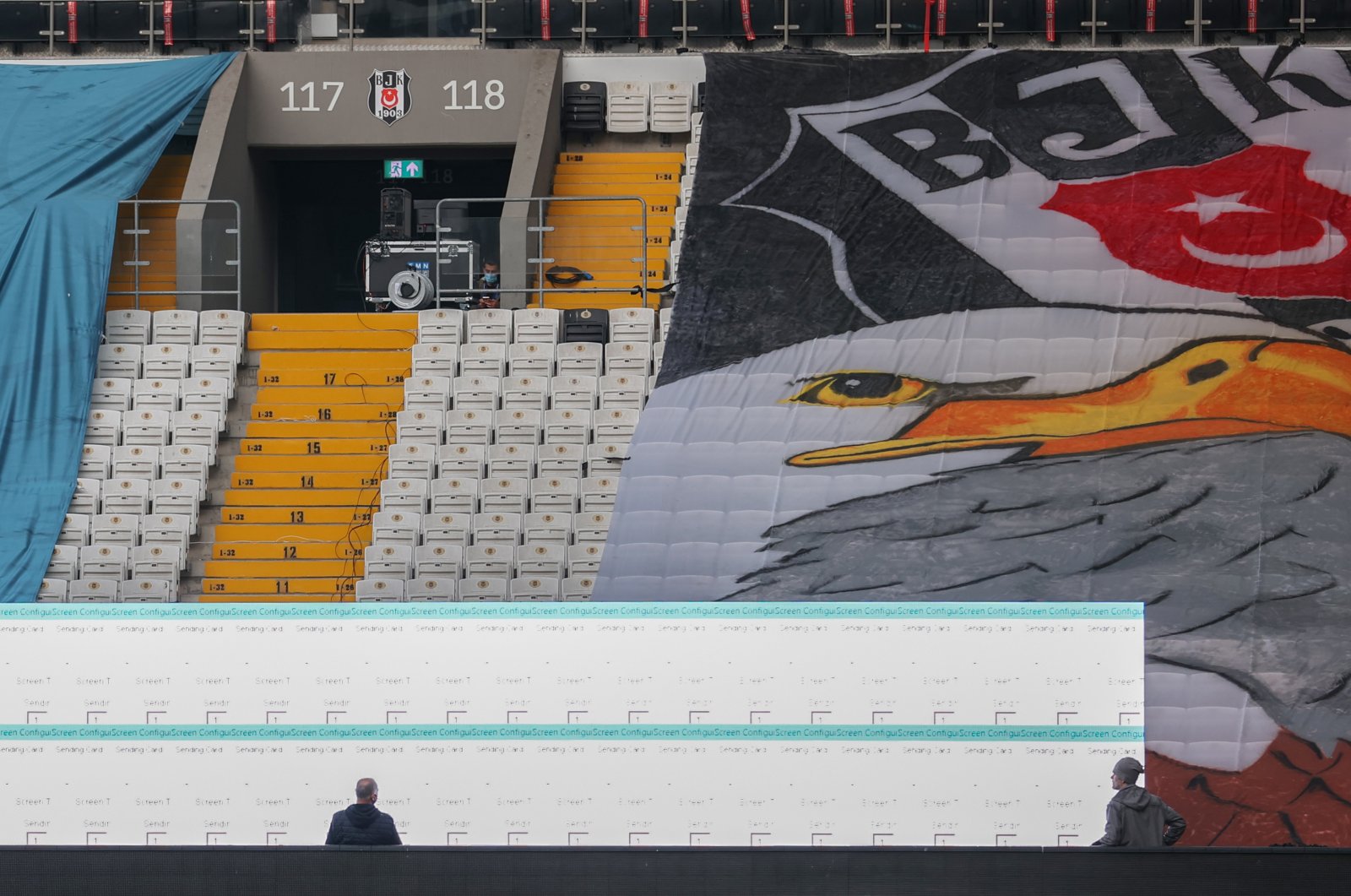 The coronavirus has kept fans at home, fans who are a key component for both excitement and revenue, and football clubs are looking for creative ways to involve them. Süper Lig powerhouse Beşiktaş has come up with a virtual project to compensate for the absence of fans at matches after Turkey recently announced a ban on spectators at sports events as a measure against the outbreak.

Fans will have the opportunity to have their face broadcast on a giant screen erected at the club's Vodafone Park stadium in Istanbul for a small fee that has yet to be announced. Introducing the project to the press at the stadium on Thursday, Beşiktaş executive Hakan Daltaban said the absence of the fans could be felt. "Football is only good when spectators are here. We want to give our fans an opportunity to create positive memories. This will also increase our team's motivation," he said.

A pilot broadcast will feature prominent fans who have passed away, the club's late executives and images of the police officers who were killed in a terror attack just outside the stadium in 2016.

“Fans can choose their spot on the screen just like they can pick their seat when purchasing a ticket," Daltaban said.