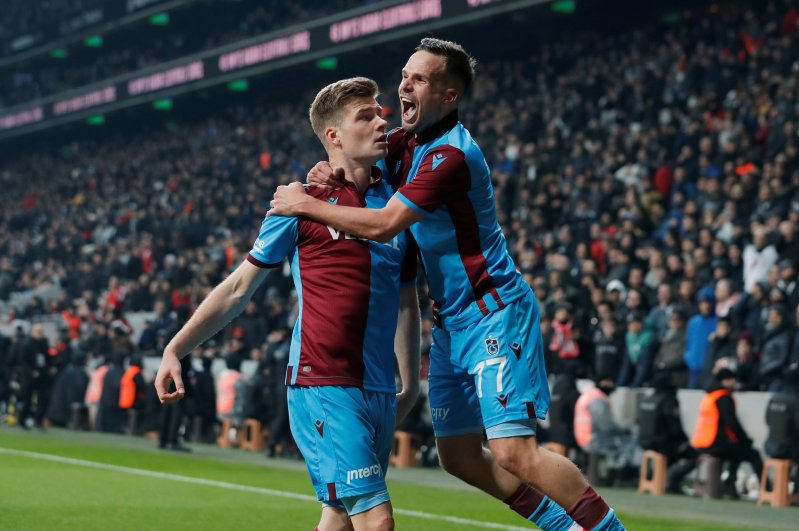 Week 24 of the Turkish Süper Lig will kick off Friday with Istanbul giant Beşiktaş facing Alanyaspor, while the league's top rankings could see a reshuffle as the top four clubs are only separated by a single point.

Not catching the lucky break it hoped to get with its new manager Sergen Yalçın, Beşiktaş will need a win over the club which dominated the top spot of the league for the first 10 weeks.

Settling for a draw with Trabzonspor after failing to prevent a last-minute goal, Yalçın and his men missed the chance to secure their claim on the title and to deal a crippling blow for Trabzonspor in its march to the top.

Trabzonspor, meanwhile, will face regional rival Rizespor in the Black Sea derby on Saturday. Losing its top spot to Başakşehir after drawing with Beşiktaş in Istanbul, Trabzonspor will seek a victory to prevent falling further in the rankings, while it will be a fight for Rizespor as the club will inch dangerously close to the relegation line with a possible defeat.

Later in the day, Fenerbahçe will visit Antalyaspor. With its hopes for the league title diminished after last week's shocking defeat, the Istanbul powerhouse is still reeling from suffering a crushing defeat against their archrival Galatasaray, which saw the latter end a 20-year winless streak at Şükrü Saraçoğlu Stadium.

With many fans expecting coach Ersun Yanal to announce his resignation any minute, the match in Antalya will be anyone's game.

Freshly reinvigorated Galatasaray, on the other hand, will be hosting Gençlerbirliği in Istanbul on Sunday. Basking in the glory of finally defeating its archrival and getting closer to the top spot to defend its championship title, Fatih Terim's side will likely send the Ankara club packing without any points to its name.

Sunday will also see Sivasspor, another contender for the title, traveling to the capital city to face Ankaragücü. Standing in fourth place only a single point behind leader Başakşehir, Sivasspor, along with Başakşehir, will need to keep bagging three points if both clubs want to hold out their dream of being the sixth team to claim the league title.

The matchday will end with leader Başakşehir hosting Gaziantep on Monday. Seizing upon last week's chaos at the top, Başakşehir sneaked its way to the top and will seek to solidify its position there.