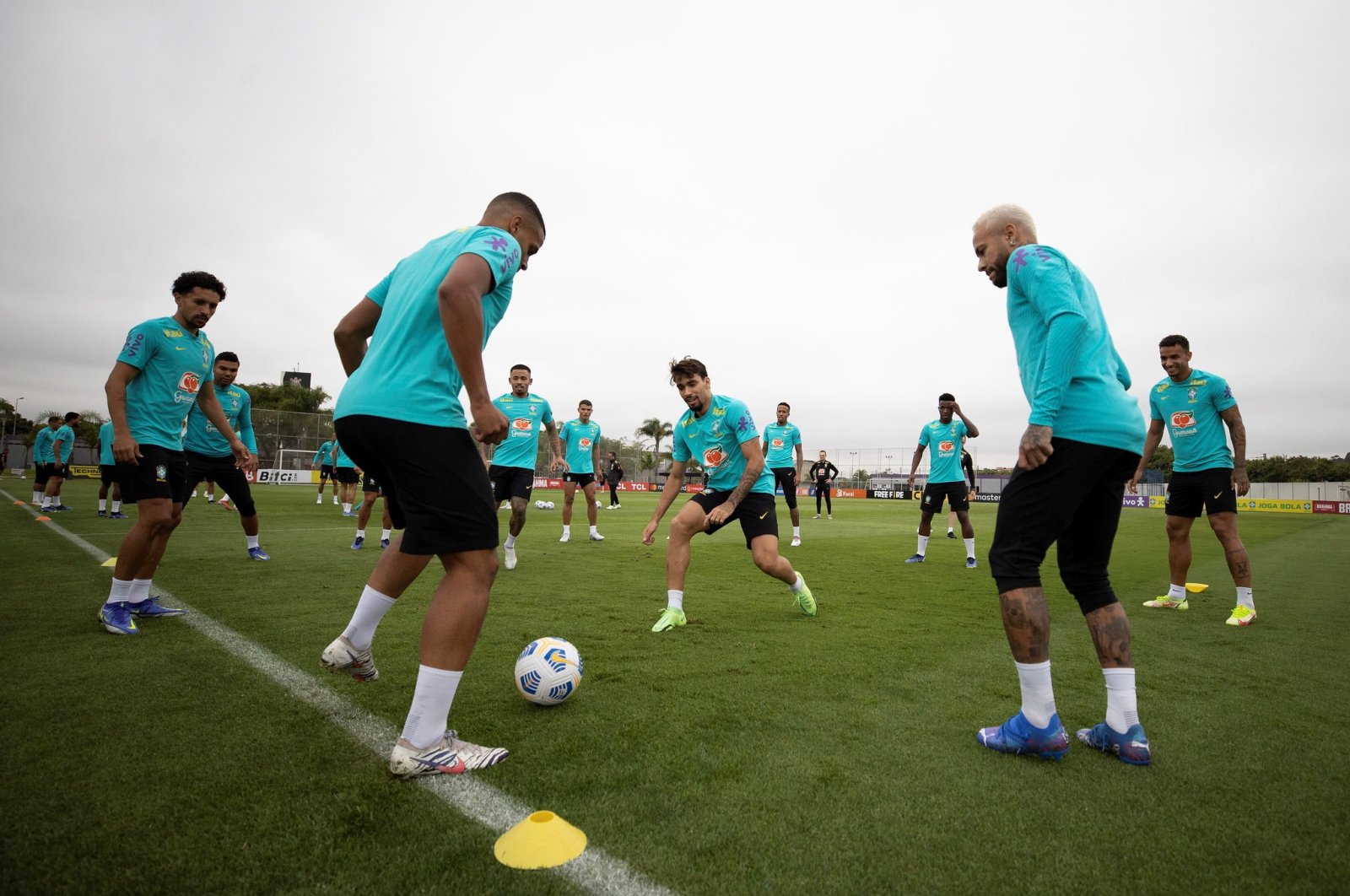 Latin American heavyweight Brazil is just one win away from qualifying for the Qatar 2022 World Cup as it hosts Colombia in Sao Paulo on Thursday.

A victory will book its ticket with six World Cup qualifiers to spare following a near-perfect record so far.

Even a draw for the Selecao would be enough if Uruguay loses at home to Argentina on Friday, and Brazilian media have reported that coach Tite is already planning to head to the Arab Cup in Qatar next month to check out World Cup venues and facilities.

Publically, though, Tite is not getting ahead of himself with a trip to face archrival Argentina in San Juan on the horizon next week.

"We have two important matches against two teams that, for me, are of the highest level," said Tite.

"A good performance and a good result against Colombia will provide us with a good preparation for Argentina."

Tite caused a surprise by recalling Barcelona's Philippe Coutinho to his squad after more than a year out, largely due to a nine-month absence with a knee injury that required three surgeries.

"It feels like it did the first time, that's how I see it every time I'm in the squad. It's an honor to wear this jersey," said Coutinho, who has struggled for playing time this season at his club.

Its only blemish was a 0-0 draw away to Colombia last month that brought to an end a nine-match winning run.

Another tight game is likely against a team on a run of three consecutive goalless draws.

Colombia welcomes back playmaker James Rodriguez for the first time in a year despite his ignominious start to life at Al-Rayyan, his new Qatari club.

Last month, in only his third league match since leaving Everton, the former Real Madrid and Bayern Munich player was bizarrely sent off after picking up two quickfire yellow cards for protesting after he was awarded a free kick.

James's inclusion is a welcome boost for Colombia, who will be without injured veteran striker Radamel Falcao.

Colombia is currently locked in a tight battle to qualify automatically for the World Cup alongside Ecuador and Uruguay.

The three sides are separated by a single point in the battle to finish in the top four places, with the fifth-placed finisher heading into an inter-confederation play-off.

Like Brazil, second-placed Argentina could also secure qualification this month, although it would need other results to go its way.

And it may have to do without star player Lionel Messi, who is suffering from knee and hamstring problems and has missed his club Paris Saint-Germain's last two matches.

After its trip to Uruguay, Argentina, unbeaten in 25 matches, hosts Brazil next week and victories in both could be enough to book its ticket to Qatar.

Uruguay, though, will be out for revenge after its 3-0 capitulation in Buenos Aires last month.

It will be without injured Manchester United forward Edinson Cavani, although Atletico Madrid's Luis Suarez has traveled back to South America.

Having also crumbled 4-1 away to Brazil last month, iconic Uruguay coach Oscar Tabarez finds himself under pressure, with many fans believing the 74-year-old's record-breaking 15-year tenure should come to an end.

He will also have to do without Real Madrid's Federico Valverde amongst eight absentees.

Free-scoring Ecuador, in third, will look to bolster its qualification hopes as it hosts rock-bottom Venezuela on Thursday, before a trip to Chile next week.

Only Venezuela appears out of the qualification picture, sitting nine points behind the top five, although Chile, Paraguay, Peru and Bolivia have some ground to make up with just six qualifiers left.