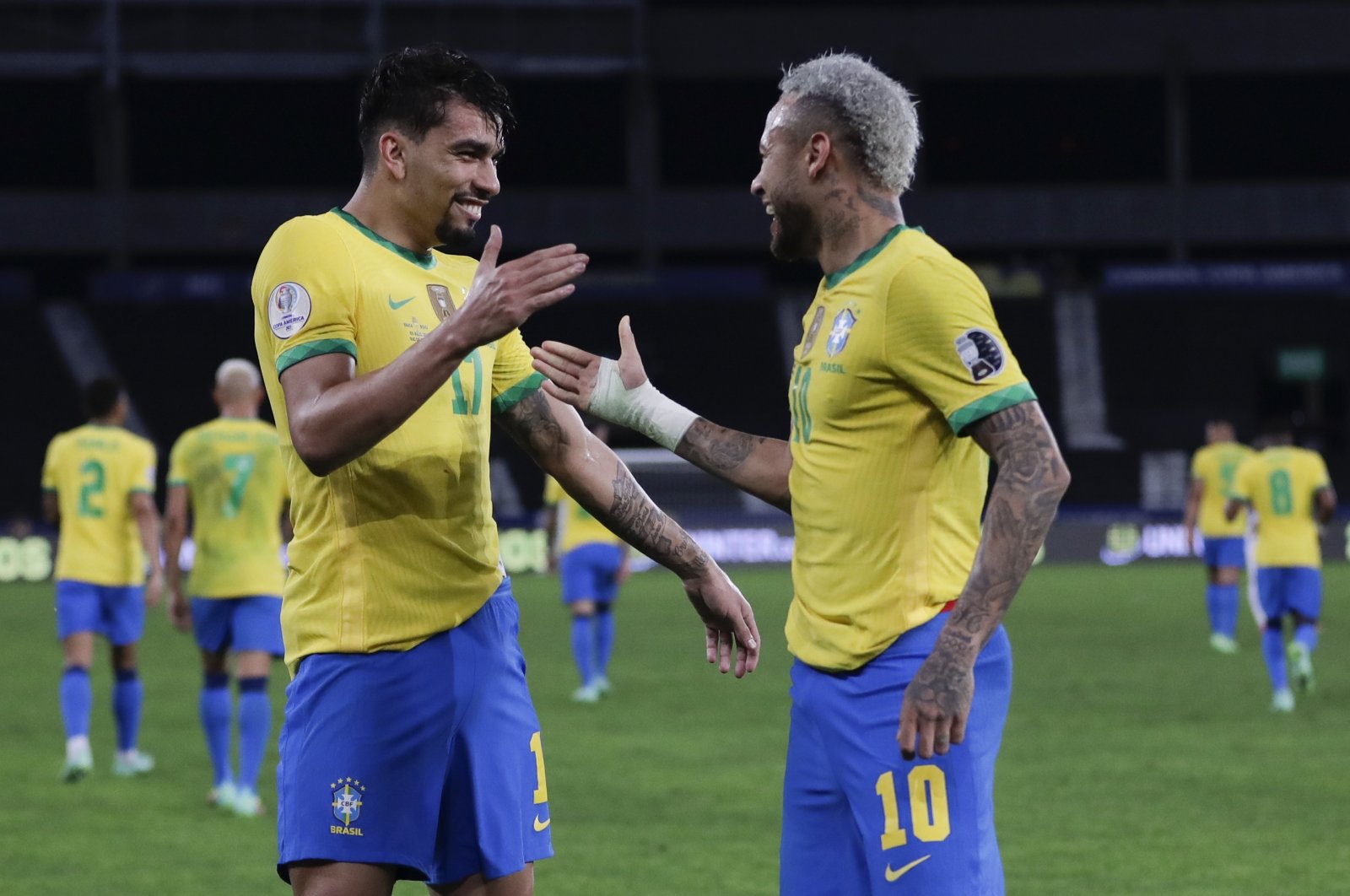 Favorites and current champion Brazil edged past a stubborn Peru 1-0 on Monday to reach the Copa America final.

Star forward Neymar set up Lucas Paqueta to score the only goal.

The semifinal was a repeat of the last final, two years ago, when a Brazil team shorn of the injured Neymar also triumphed on home soil.

The Selecao will play either Lionel Messi's Argentina or Colombia, who meet in Brasilia on Wednesday, in Saturday's final at Rio de Janeiro's iconic Maracana stadium.

"I want Argentina. I'm supporting Argentina because I have friends there and Brazil will win the final," said Neymar.

"Paqueta is a great player, he's getting better in every game and in every game with the national team," he said about the 23-year-old match-winner, who plays his club football for Lyon in France.

"He's just had a great season with his club and is showing that he can be a very important player for the Brazilian national team."

Brazil totally dominated the first half at the empty Nilton Santos stadium in Rio but had to survive some nervous moments after the break before securing a spot in the final.

They opened up Peru on eight minutes as Paqueta's pass sent Richarlison in behind the defense, but after beating goalkeeper Pedro Gallese to the ball, the forward tried to pull it back to Neymar who blazed high and wide under pressure.

Gallese spilled a fierce Casemiro free kick from distance but gathered the loose ball before winger Everton could turn in the rebound.

Brazil was turning the screw and Everton cut in off the right flank but shot straight at Gallese.

The Peruvian shot-stopper was the busiest player on the pitch in the first quarter and after saving another Casemiro piledriver from distance he made an incredible double point-blank save from Neymar and then Richarlison.

And when Gallese suffered a rush of blood to the head and charged out of his area only to be beaten to the ball by Richarlison, Brazil couldn't capitalize as Peru's defenders threw themselves in front of Everton's shot.

Peru was non-existent as an attacking force and when it did manage to win a corner just after the half-hour, it ended up playing the ball all the way back to Gallese.

Brazil deservedly took the lead 10 minutes before halftime after Peru gave the ball away in midfield for the umpteenth time.

Neymar's twinkling toes got him free of three defenders in the box and he teed up Paqueta to fire home from 12 yards.

Peru was now on top with Garcia at the heart of its attack and his shot on the hour mark was parried by Ederson.

Brazil started to wrestle back control and Everton shot straight at Gallese before Neymar blazed well over the bar.

Peru should have been level nine minutes from time when Yoshimar Yotun fired a free-kick into the box and Alexander Callens beat Ederson to the ball but headed wide from just six yards out.

It would prove its last chance and coach Ricardo Gareca rued the slow start.

"We paid for being slow to settle into the game," he said.

"The team reacted well in the second half and it was even."

But he admitted the 4-0 group stage thumping Brazil handed Peru earlier in the tournament, and a 4-2 home defeat in World Cup qualifying in October, had affected its approach.

"We have to admit that we wanted to protect ourselves a bit given we've conceded a lot of goals against Brazil."