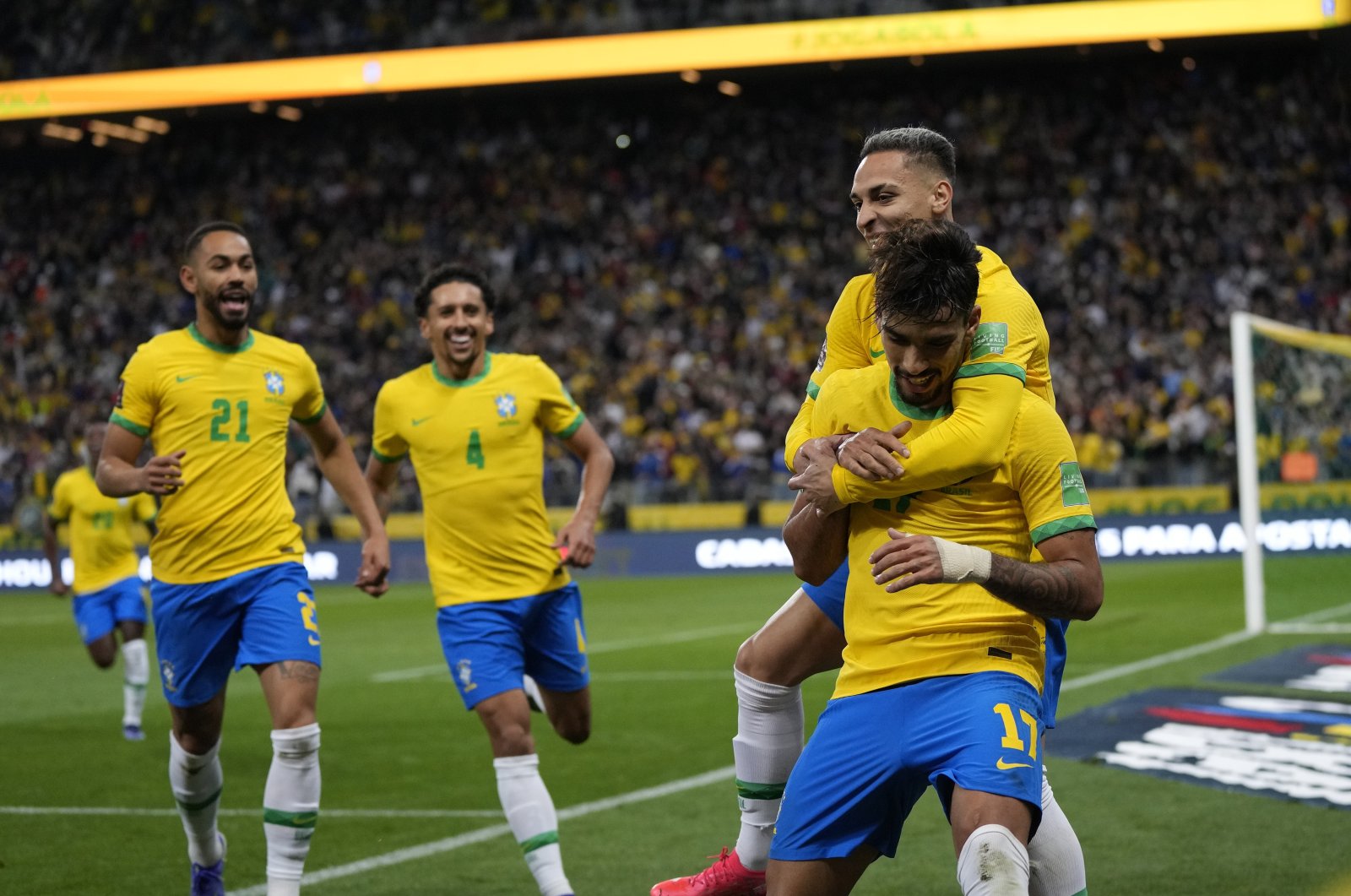 Brazil on Thursday became the first team from Latin America to qualify for the Qatar 2022 World Cup following a 1-0 win over Colombia in Sao Paulo.

Lucas Paqueta got the vital goal 72 minutes into the match with a shot that goalkeeper David Ospina got a hand to but could not stop.

The top four teams qualify automatically for Qatar 2022 and the fifth-placed side goes into an inter-regional playoff.

"Colombia sometimes plays it very tight so we needed to use all the tools we had at our disposal,” Brazilian defender Marquinhos said, highlighting the side's improvement in the second 45 minutes.

"Our team was intelligent and we were able to take advantage of spaces when they opened up in the second half and so create more chances.”

The win extended Brazil’s home run in the qualifiers to 11 consecutive victories, a record in the South American region. The game also marked its 10th consecutive home qualifier without conceding a goal, another record.

The match in Sao Paulo was a feisty one with neither side imposing themselves in a physical game on a rainy surface that produced 44 fouls and seven yellow cards.

In the first half, Wilmar Barrios and Duvan Zapata both saw shots flash over the bar for Colombia, while at the other end Danilo saw a deflected shot come off the side of the post and Marquinhos watched a header go inches wide.

Brazil made a series of attacking changes in the second half, introducing Matheus Cunha, Vinicus Jr. and Ajax winger Antony, but it took a moment of magic from Paqueta to decide the game when he took a pass from Neymar and fired home from just inside the box.

The result puts Brazil, who has won 11 of its 12 matches so far, in an unassailable position.

"We’re ready,” Marquinhos said. "We just need to keep working, we have some games to play and we will give it our usual commitment. We know there isn’t much time to think, the World Cup comes round quick and we want to keep improving so we are in the best possible form when we get there.”

3 places up for grabs

Who goes with Brazil to Qatar is still an open question after a night of fascinating results that left almost all the other teams believing they could still secure one of the places alongside Brazil.

Earlier in the evening, an own goal by goalkeeper Antony Silva got new Paraguayan manager Guillermo Barros Schelotto off to a losing start at home to Chile.

Silva fumbled a corner from Alexis Sanchez into his own net after 56 minutes.

After winning just one of its first 10 qualifiers, Chile has now won the last three and Thursday’s victory lifted it into equal fourth on 16 points, the same as Colombia and Uruguay, who play Argentina on Friday.

Ecuador remains in third place in the group thanks to a 1-0 home win over Venezuela.

Piero Hincapie scored the only goal of the game four minutes before halftime to lift the home side to 20 points, five behind Argentina.

Peru kept its qualification hopes alive with a 3-0 win over Bolivia in Lima.

Sergio Pena, Christian Cueva and Gianluca Lapadula scored in a crushing first-half performance to lift Peru on to 14 points.

Only two points now separate Peru and the three teams above them, Chile, Colombia and Ecuador.

Bolivia and Paraguay sit a further two points behind, with only Venezuela adrift at the bottom of the table with seven points.