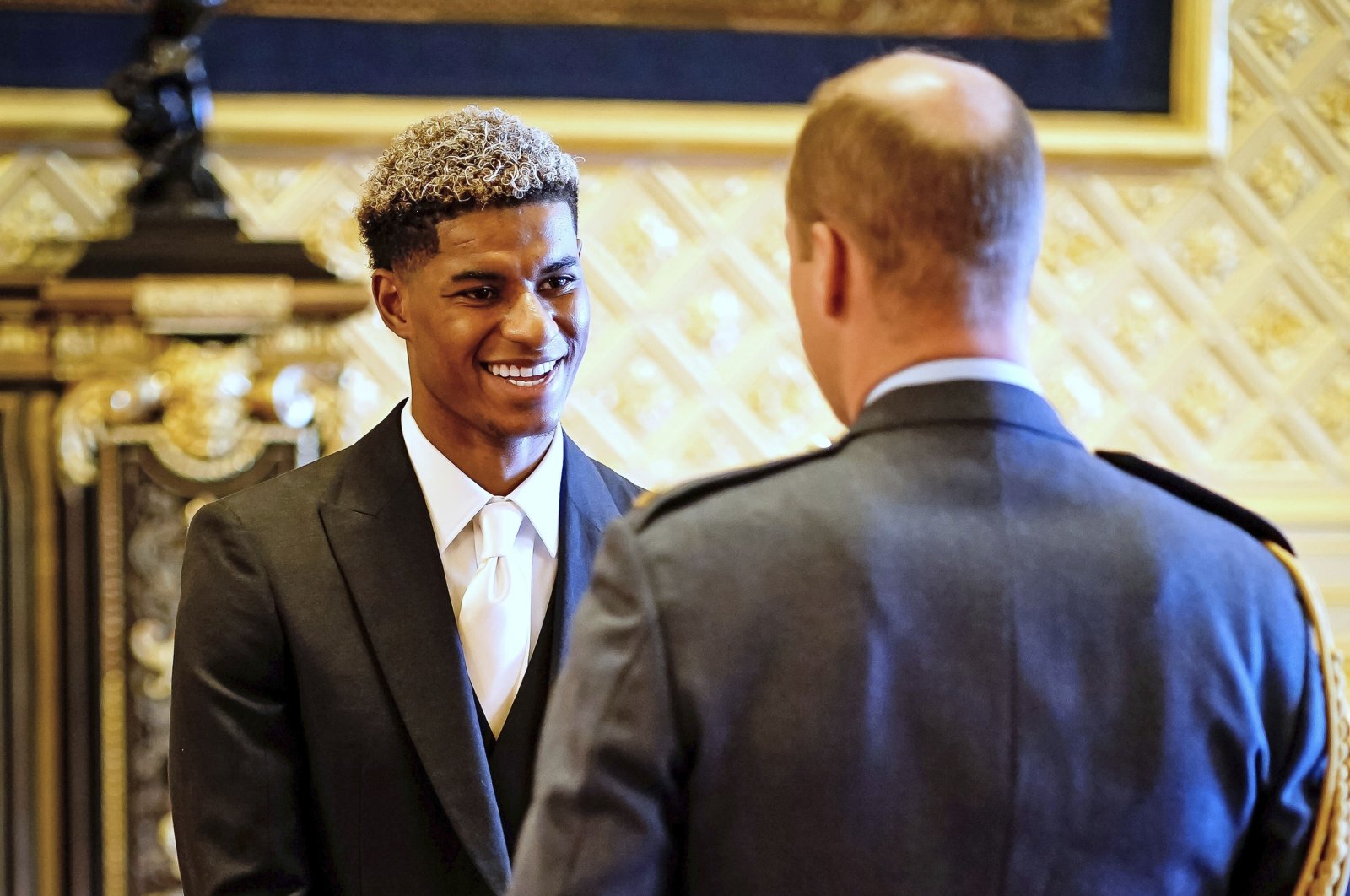 Footballer Marcus Rashford (L) is made an MBE (Member of the Order of the British Empire) by Britain's Prince William during an investiture ceremony at Windsor Castle, England, Nov. 9, 2021. (AP Photo)
by ASSOCIATED PRESS Nov 09, 2021 6:03 pm

The Manchester United footballer had successfully undertaken a campaign to get the British government to provide free meals to disadvantaged children during the pandemic.

Rashford, 24, was made an MBE, or Member of the Order of the British Empire, on Tuesday during a ceremony at Windsor Castle.

The England and Manchester United striker waged a high-profile campaign last year to persuade the Conservative government it should extend free meal vouchers to vulnerable young people throughout the summer school holidays.

Rashford's campaign drew on his own experiences with hunger as a Black child growing up in a low-income household in Britain.

In an open letter, he wrote that no matter how hard his mother worked, it was not enough and "the system was not built for families like mine to succeed.”

His efforts led to a U-turn on the meal vouchers debate from Prime Minister Boris Johnson and benefited more than 1 million children in England.

"For me to put it in the simplest way – I’m trying to give children the things I didn’t have when I was a kid,” Rashford said Tuesday after the ceremony.

The football star said he would dedicate the award to his mother, Melanie, who raised him and his four siblings.