Chaos at Brazil vs Argentina match as players walk off field 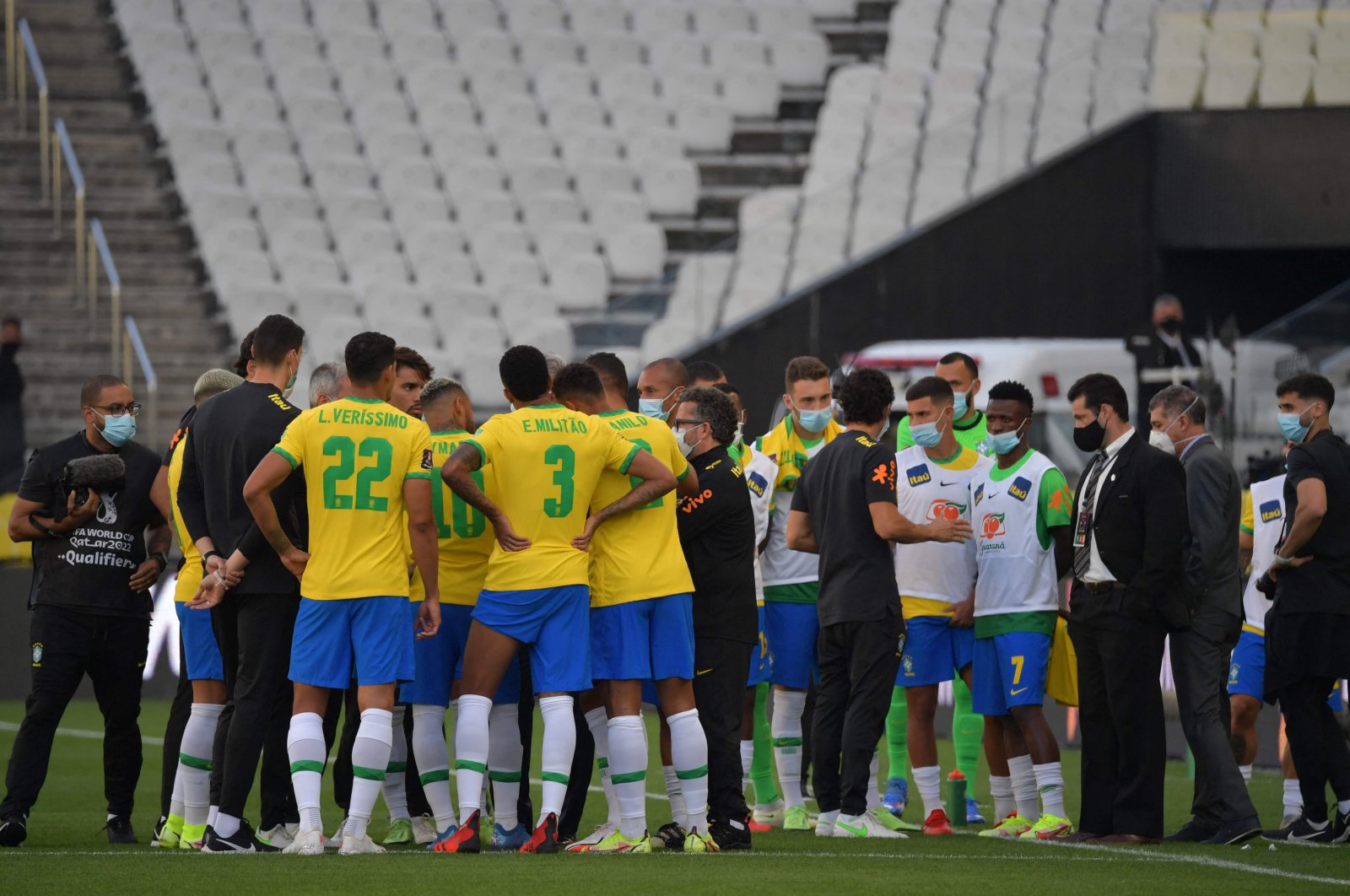 Brazil's players are seen after employees of the National Health Surveillance Agency (Anvisa) entered the field during the South American qualification football match for the FIFA World Cup Qatar 2022 between Brazil and Argentina at the Neo Quimica Arena, also known as Corinthians Arena, in Sao Paulo, Brazil, on Sept. 5, 2021. (AFP Photo)
by Agencies Sep 05, 2021 10:26 pm
RECOMMENDED

Brazil's World Cup qualifying clash against Argentina was halted shortly after kick-off on Sunday as controversy over COVID-19 protocols erupted.

The game in Sao Paulo was only a few minutes old when a group of unidentified officials came onto the pitch triggering a melee involving team staff and players.

The dramatic intervention came after Brazil's health authorities said four Argentina players based in England should be deported for breaching COVID-19 protocols.

However, the Argentinian football federation (AFA) and the Brazilian government reached an agreement and the players were allowed to take part in the game. All of them must leave Brazil immediately after the match.

The four athletes play in the English Premier League and travelers are not allowed to enter Brazil if they have been in the country in the 14 days prior to the trip.

Anvisa said it had asked the federal police to "take action immediately."

"Anvisa considers the situation a serious health risk, and therefore advised the local health authorities to order the immediate quarantine of the players, who are prevented from participating in any activity and should be prevented from remaining in Brazilian territory," the agency said in a statement.

Before traveling to Sao Paulo the players declared they were in Venezuela. But Anvisa said it was informed by non-official sources that this statement was not true.

"After meeting with health authorities, it was confirmed, following a passport check of the four players involved, that the athletes disrespected traveling rules," Anvisa said.