Chelsea down to 10 men, holds strong Liverpool to 1-1 draw 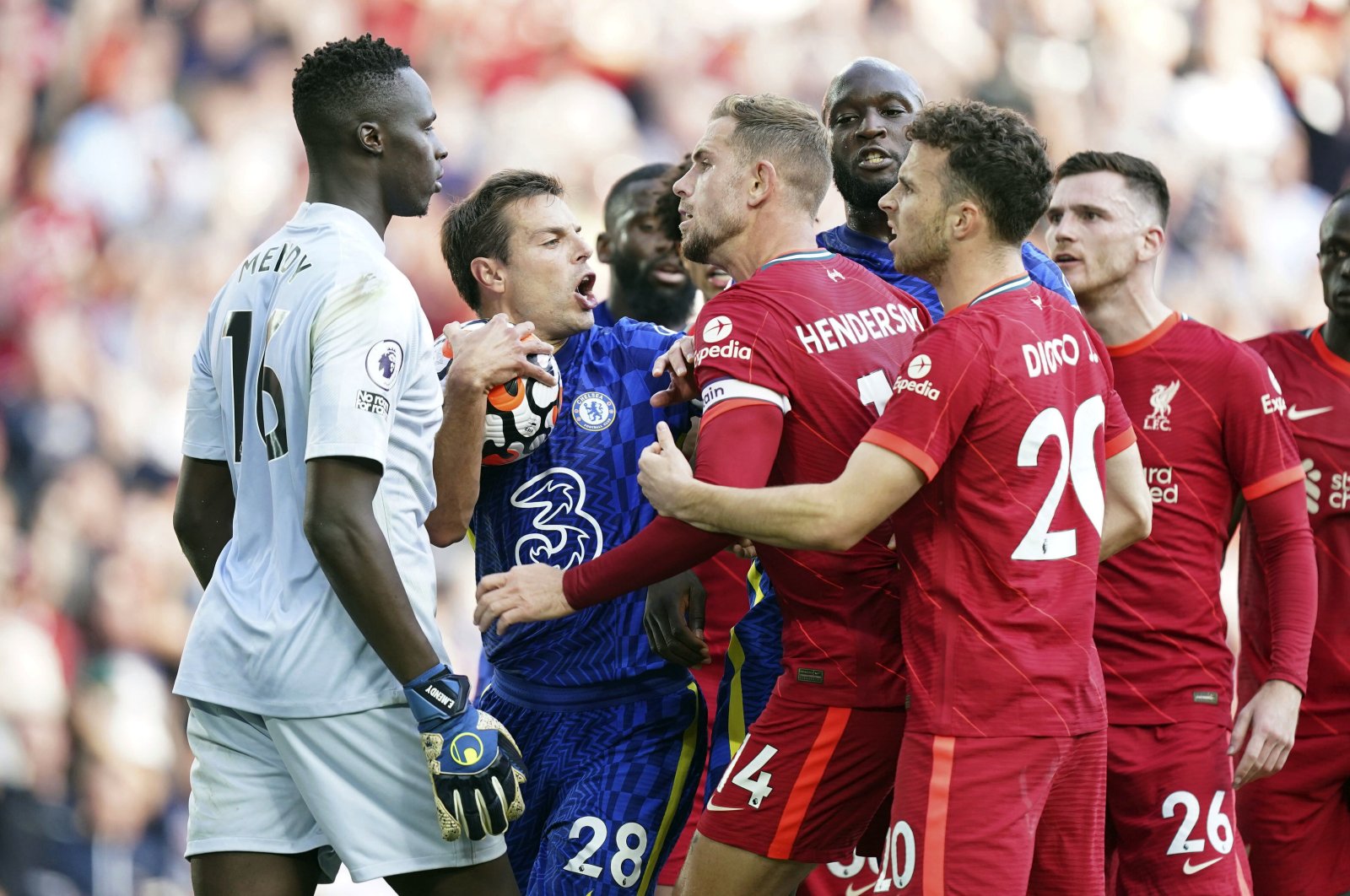 Chelsea managed to secure a point at Anfield on Saturday even after going down to 10 men with defender Reece James sent off and Liverpool scoring from the spot for the equalizer. The London side put a fine defensive display.

Having gone in at the break at 1-1 and down a man, European champions Chelsea was pleased at picking up a point against title-chasing rivals as it maintained its unbeaten start.

Second-placed Chelsea is level with Liverpool on seven points from three games, with both teams having identical goal differences.

The dismissal of James, after a handball on the goal line, turned what had been a high-tempo and entertaining game into a more tactical affair following Chelsea boss Thomas Tuchel's double substitutions at the interval.

The first clash of the season between two title contenders brought expectation and noise to Anfield, with the Kop back in full voice and with Jurgen Klopp's side starting off on the front foot, Chelsea struggled to contain them.

Liverpool skipper Jordan Henderson should have scored in the 10th minute when he was picked out by a wonderful Trent Alexander-Arnold cross but made a mess of his attempted side-foot volley which drifted harmlessly wide.

It was against the run of play, when Chelsea took the lead in the 22nd minute, Kai Havertz meeting a James corner at the near post and his glancing header looping into the far corner past the helpless Alisson Becker.

Chelsea, Champions League victors over Manchester City in May, was buzzing and Mason Mount should have doubled their lead when he was put in by Romelu Lukaku.

But then came the incident which transformed the game.

Joel Matip's header came out off the bar and Sadio Mane's attempt bounced in front of James who stopped it from crossing the line.

But referee Anthony Taylor was called over to the pitchside monitor where he saw images showing the ball had struck James' arm after it bounced up off his thigh.

Taylor not only awarded the penalty but sent off James – a harsh outcome for the right-back and one which was strongly protested by his teammates.

But despite the delay, Liverpool's Egyptian forward Mohamed Salah kept calm and beat Edouard Mendy with a textbook penalty kick to level the score.

Chelsea was anything but calm with Mendy clashing with Henderson in the aftermath of the penalty and the keeper and defender Antonio Rudiger both getting booked for their role in the resulting fracas.

German manager Tuchel not only calmed his team down at the interval but made two changes with Havertz and the injured N'Golo Kante making way for defender Thiago Silva and midfielder Mateo Kovacic.

That meant a switch to a five-man defense and while Lukaku was more isolated in attack, the Londoners coped well with the inevitable pressure from Liverpool.

There were long-range efforts from Virgil van Dijk and Henderson but the home side gradually ran out of ideas and energy against the resilient Chelsea defense.

Chelsea even threatened to sneak a winner when Kovacic burst in from the left, six minutes from the end, but was denied by Alisson.

"We got the double punishment, red card and a penalty - and two yellow cards in the same action. We were angry. But you have to calm down and find a way to fight together as a team," said Chelsea skipper Cesar Azpilicueta.