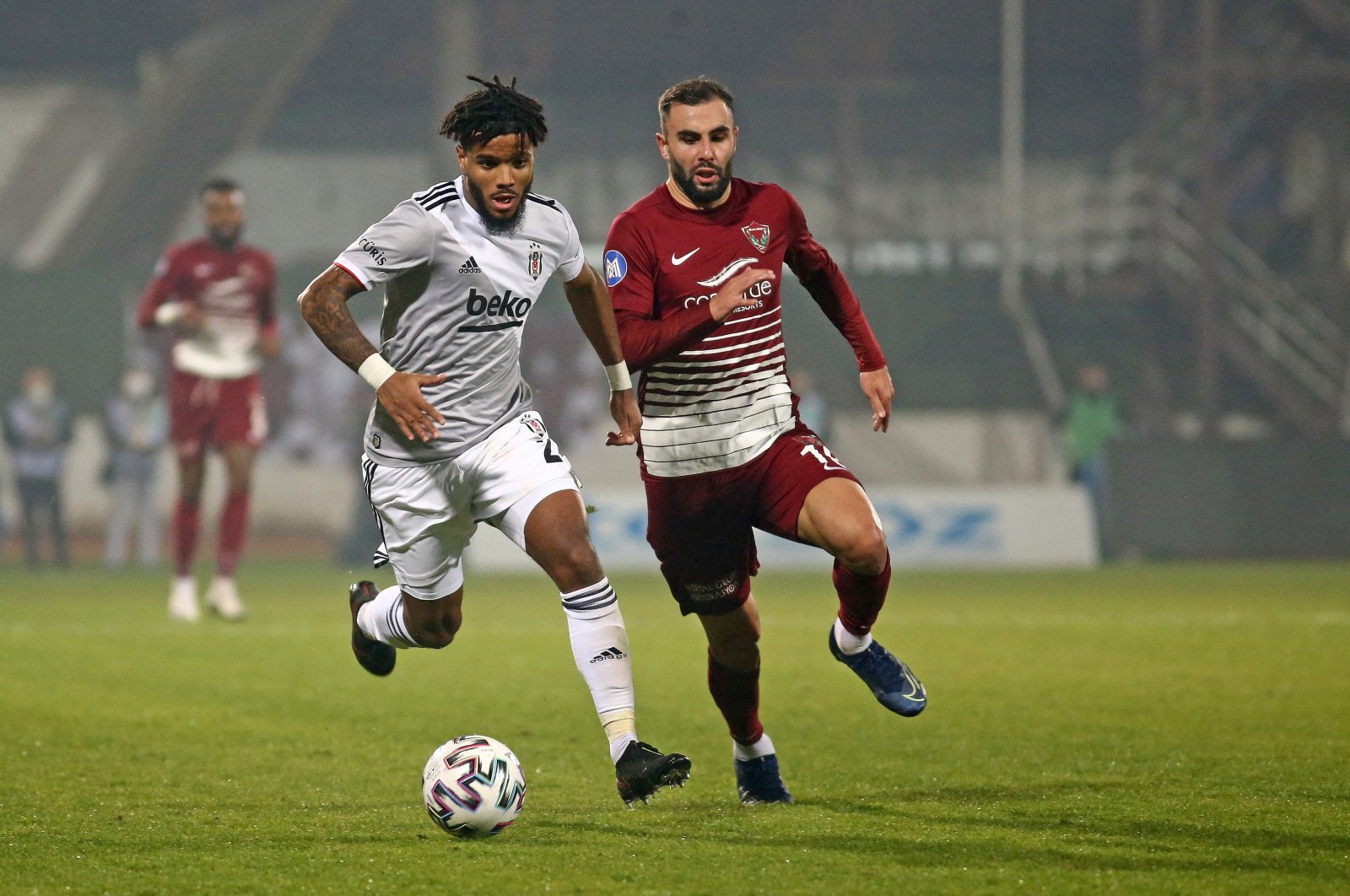 Coach Sergen Yalçın’s Beşiktaş lost two points against Hatayspor on Sunday after winning five consecutive games. Although the team’s performance has improved significantly since the beginning of the season, especially on defense, Hatayspor shone a light on a crucial flaw in Beşiktaş’s strategy on the surface.

Yalçın keeps changing his players in certain positions according to his opponent, namely the central midfielders. Six players are in constant circulation in the center of Beşiktaş’s game: Atiba Hutchinson, Josef de Souza, Bernard Mensah, Necip Uysal, Dorukhan Toköz and Oğuzhan Özyakup. This has allowed Beşiktaş to create individual solutions to many problems it has encountered so far, but as Hatayspor showed, it also prevented it from developing a collective solution.

Yalçın’s footballing philosophy is deeply individual. He apparently thinks that every game has its different needs and only the correct composition of players can offer solutions. True, evaluating each and every opponent as well as picking the right players are essential parts of being a coach. Nevertheless, creating repeatable set pieces and a sustainable starting 11 are other crucial duties, and for me, they are the most important ones.

When you look at the most successful teams in Europe, you see that they all have the same quality: consistency. Their strategy and starting 11s do not change radically against each opponent, and you only see minor changes.

This is because in football, the most important thing is speed. Your success depends on how fast you attack and defend in comparison to your opponent, and what makes you faster than ever is knowing what you are going to do beforehand.

If a player already knows what to do, then he would not spend time thinking about what to do and the execution would be much faster. That is the chief reason why consistent teams are more successful than the others.

Now, it is not impossible to achieve consistency with an individualistic approach. Your players might somehow improvise a game plan among themselves. It would most probably be a basic plan due to the nature of improvisation, but it can still work to some extent.

But you cannot expect consistency while changing both the game and the players all the time. Either you have a solid game where you can change the parts or solid players who create a bond between themselves.

So far in Beşiktaş’s case, Josef and Hutchinson’s bond in the midfield and their strong cooperation with central defenders Domagoj Vida and Welinton have offered the individual solution Yalçın wanted. To give the devil his due, Beşiktaş’s defense, especially when joined with Fabrice N’Skala, becomes one of the toughest in the league.

However, Yalçın’s plans keep changing all the time, and against Hatayspor, he decided to push Josef more in front for an attacking role. This left Uysal, a one-sided defensive midfielder, alone in the center of the game.

Hatayspor’s dynamic striker Aaron Boupendza quickly punished this mistake and scored two goals in quick succession in the first half. Yalçın understood his mistake and pulled Josef back, but it was only enough to balance the game, which was already 2-1 in Hatayspor’s favor.

Cyle Larin’s header from a corner kick saved Yalçın from defeat, but Beşiktaş’s inability to open up Hatayspor’s defense should be a crucial warning for Yalçın.

He needs to come up with a more sophisticated plan and should not disrupt his team’s settled formation. I am a patient writer when evaluating a manager’s performance, but an Istanbul giant like Beşiktaş is not. He would be better off playing it safer with his moves than experimenting after this stage of the season.