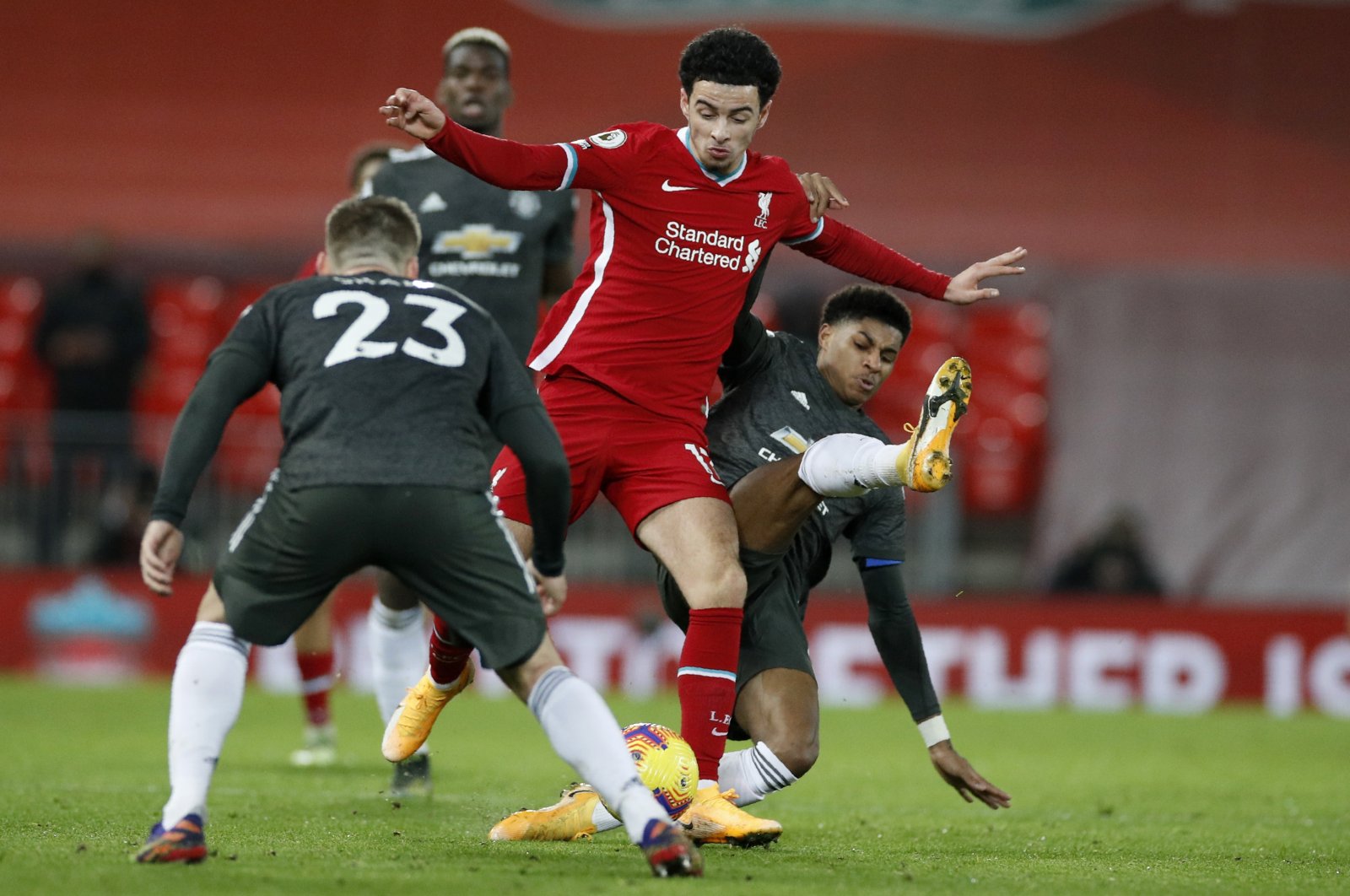 United has used a white-and-black change kit this season but switched to what supplier Adidas described as a "legend earth green" strip against Liverpool, who wore their traditional red outfit.

"It happens all the time," Albany-Ward told ESPN. "We have had Southampton vs. Sheffield United and recently Liverpool vs. Man United.

"But Sunday was the most kit clash complaints we have ever had. We had hundreds and spent all morning trying to collate them all.

"It is a really common problem, and it is a big problem because of the number of people affected. It affects 1 in 12 people."

In 2015, the U.S. National Football League pledged to address color blindness for televised games after complaints from fans.

Albany-Ward wants domestic broadcasters to back a similar approach in English football.

"The Premier League does act, and they do notify the clubs, as they know when these clashes will happen. I know because I was in touch with them," Albany-Ward said.

"They told United of this issue, and United suggested a solution, but what they decided was not sufficient."