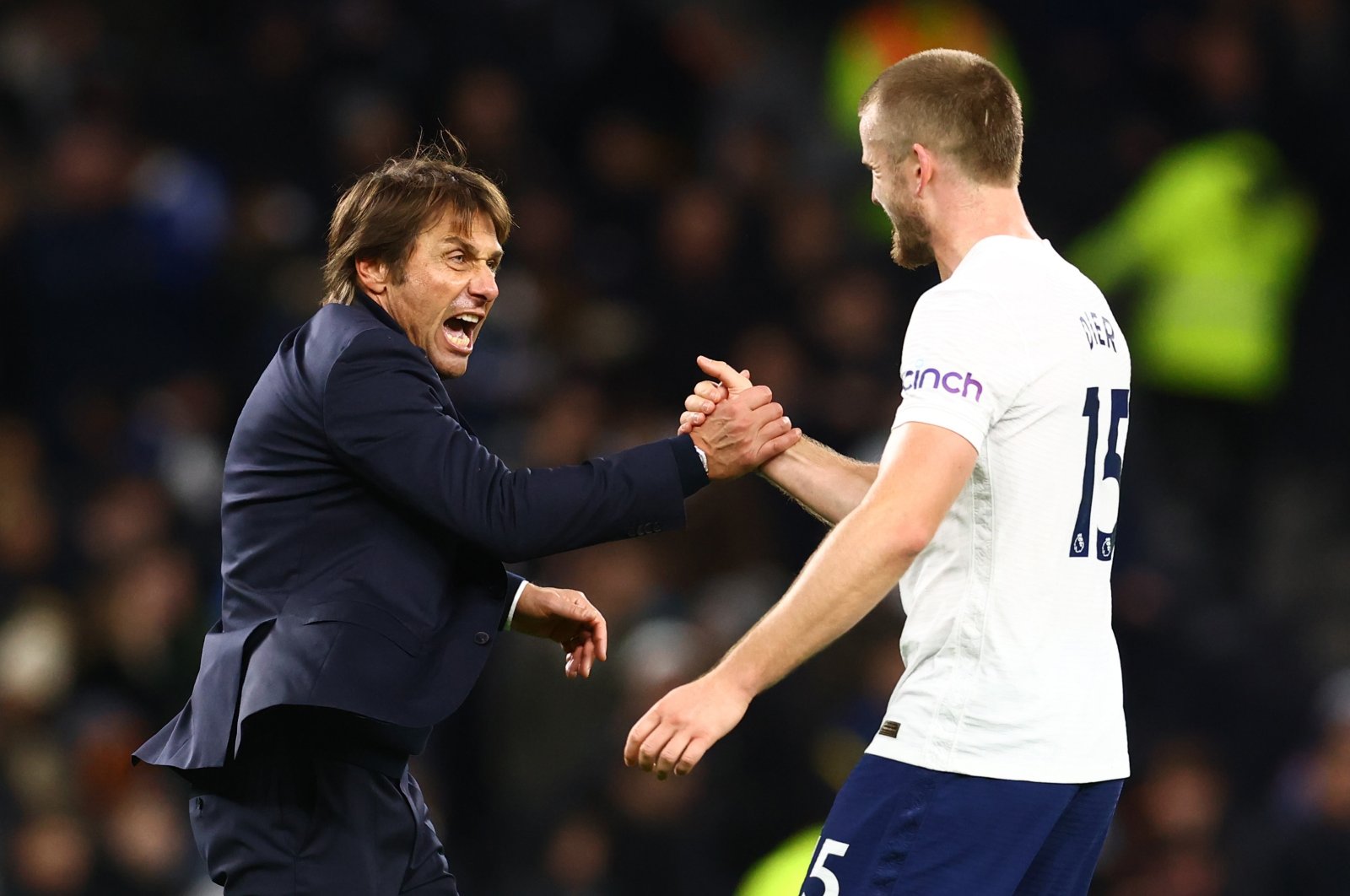 Manager Antonio Conte's reign at Tottenham took off Sunday with a 2-1 second-half fightback win over Leeds, while champion Manchester City humbled Everton 3-0 to go second in the Premier League.

Tottenham had not even managed a shot on target in its previous two league matches and there was little change for the first 45 minutes.

Even without key men Raphinha and Patrick Bamford, a youthful Leeds was well worth its 1-0 halftime lead thanks to Daniel James' first goal for the club.

Harry Kane scored back-to-back hat tricks for England during the international break but has still netted just once in the Premier League this season.

Kane was denied in a one-on-one with Illan Meslier and Son Heung-min's deflected shot came off the bar as Spurs improved after the break.

But the goals came from unfamiliar sources as Pierre-Emile Hojbjerg's scuffed shot found the bottom corner to draw level just before the hour-mark.

Sergio Reguilon then grabbed the winner with his first Spurs goal after Eric Dier's deflected free kick came back off the post.

A first win in four league games takes Tottenham above Manchester United, who sacked Ole Gunnar Solskjaer on Sunday, up to seventh in the table and within four points of the top four.

"This is a point to start. I say this to my players, they need to understand if we want it, we can do it," said Conte, who highlighted the change in his side's intensity after half-time.

"In the second half we changed something tactically and also we wanted to play with the same intensity as Leeds, higher up the pitch."

City was far more convincing winners as goals from Raheem Sterling, Rodri and Bernardo Silva saw off Everton at the Etihad to cut Chelsea's lead at the top of the table to three points.

"In general we controlled the game," said City boss Pep Guardiola. "We played the game we should play to beat teams like Everton."

Sterling netted on his 300th Premier League appearance as he turned home Joao Cancelo's sensational pass with the outside of his right foot for his 98th goal in the English top flight.

Without the presence of Dominic Calvert-Lewin up front, Everton rarely threatened.

Rafael Benitez's men have now taken just two points from the last 18 on offer in the Premier League to drop into the bottom half of the table and just six points clear of the relegation zone.

Rodri's stunning long-range drive into the top corner 10 minutes after the break ended the game as a contest.

City was then content to cruise for the final half-hour with one eye on Wednesday's Champions League clash with Paris Saint-Germain.

Sterling should have slotted home his second of the afternoon from Riyad Mahrez's inviting cross but was instead denied by international teammate Jordan Pickford as he tried to round the goalkeeper.

City did get a deserved third five minutes from time when Silva followed up after Cole Palmer's shot was blocked.