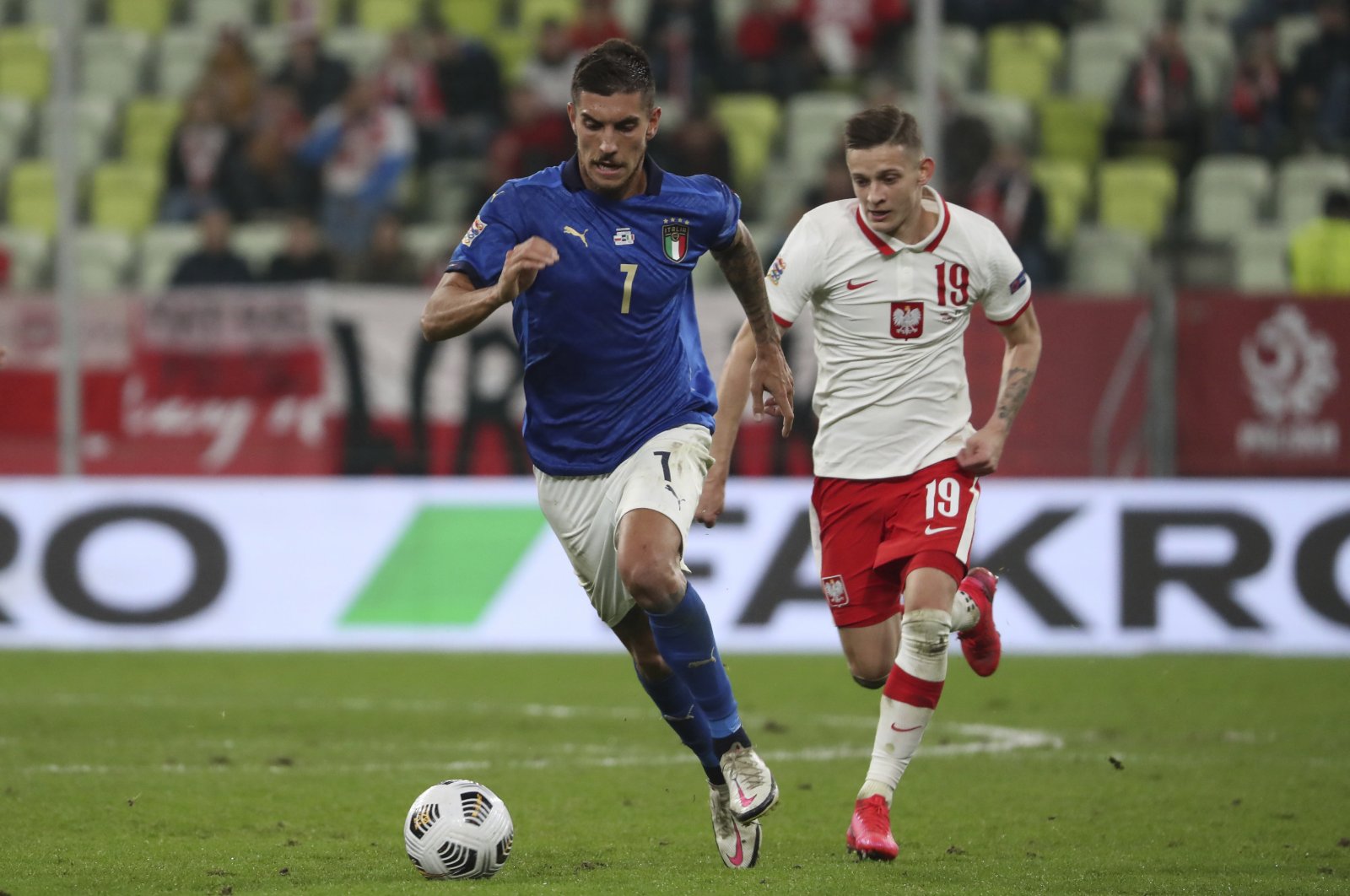 Players called up for international duty in Nations League matches, along with Euro 2020 and World Cup qualifiers, face increasing difficulty joining their national teams due to the coronavirus pandemic

The coronavirus pandemic continues disrupting international football with at least a dozen players from the Italian league blocked from joining their national teams.

Roma and Fiorentina said their clubs remain in controlled isolation after Edin Dzeko at Roma and Jose Callejon at Fiorentina tested positive for the coronavirus.

Genoa, Inter Milan, Lazio and Sassuolo are also having to isolate apart from when playing domestic matches or training.

The order to prevent players on quarantined teams joining their national squads for the two-week international window was imposed by local health authorities in Italy.

Preparations for fixtures, including in the UEFA Nations League, are also being hampered by new travel restrictions being imposed in response to concerns about the mutated variation of the coronavirus among minks in northern Denmark.

While elite athletes have not had to abide by Britain's pandemic quarantine-on-arrival requirements, that exemption is being stopped for anyone who has been in Denmark.

That puts at risk England's game on Nov. 18 at Wembley against Iceland, which is due to play Denmark in Copenhagen three days earlier.

Unless the British government changes its policy, Danish players with Premier League clubs are at risk too, and they won't be returning home to play for their country to avoid having to self-isolate for 14 days upon their return to England.

So Denmark coach Kasper Hjulmand has initially called up nine new players for an upcoming friendly against Sweden on Wednesday.

"It is obviously politics, I don’t think it has a lot to do with science,” Schmeichel told Sky Sports. “The politics of it is the government has made a decision for now. I hope they come to their senses and see we are very protected and in a bubble. We get tested all the time and I hope to be able to participate in at least one, if not two, of the games.”

Danish federation CEO Jakob Jensen said he is working to resolve the situation so they can field their strongest side.

But many countries will be impacted by withdrawals for the upcoming games.

The players will be allowed to join their national teams once the isolation period ends.

The Italian Football Federation (FIGC) said that Domenico Berardi, Francesco Caputo and Manuel Locatelli should be able to join the Italian national team on Tuesday when Sassuolo’s isolation period ends. That would still leave 10 of the 41 Italy players that coach Roberto Mancini – who also tested positive for COVID-19 – called up unavailable.