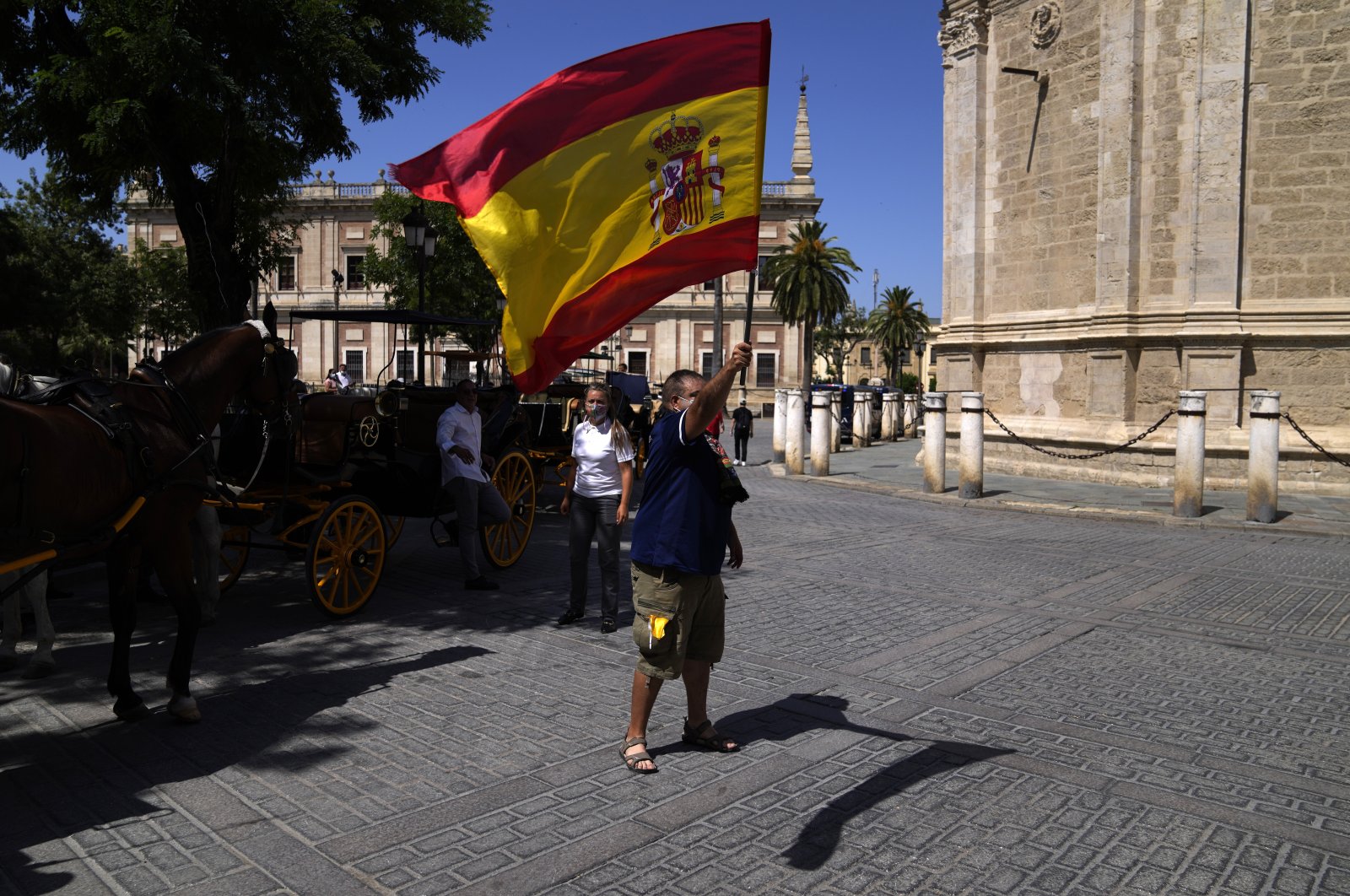 After a week without training following a COVID-19 outbreak, and three years of upheaval, Spain heads into its Euro 2020 Group E opener against Sweden on Monday.

Luis Enrique’s side will be determined to leave the past behind but unsure about what comes next.

Enrique was appointed to ring the changes in the aftermath of the 2018 World Cup, when going out on penalties to Russia had made it three consecutive failures to reach the quarterfinals of a major tournament.

The conclusion in the wake of defeat in Moscow was clear – the historic crop of 2008 to 2012 had grown old and the style that placed Barcelona and Spain at the vanguard of football was painfully out of date.

At La Cartuja in Seville on Monday, only Jordi Alba will remain from the Euro success nine years ago, with Sergio Ramos cut and Sergio Busquet is self-isolating after testing positive for COVID-19 last weekend.

And yet while the names bear almost no resemblance to what went before, Spain's fresh mix of promising youngsters and high-end performers arrive without any real sense of what now fills the void.

Since the last World Cup, 61 players have played for Spain's senior team as the desire for a clean slate under Luis Enrique and, briefly, Robert Moreno, meant opportunities were spread far and wide.

But a crystallization of those ideas never really materialized, meaning even the most forensic observers are struggling to predict who will start Monday.

Some of the biggest question marks hang over the most important positions, with Luis Enrique refusing to confirm if Athletic Bilbao's Unai Simon will play in goal, ahead of David de Gea and Brighton's Robert Sanchez.

Ramos' omission means Pau Torres is expected to be partnered by Aymeric Laporte, the former France defender who declared for Spain last month and would be earning only his second cap against Sweden.

Koke, Rodri or Thiago Alcantara could all form the base of the midfield trio while the central striker might be either Villarreal's in-form Gerard Moreno or Alvaro Morata, who was mocked by his own fans in the last friendly against Portugal.

Sweden also had to deal with setbacks because of the coronavirus. Dejan Kulusevski and Mattias Svanberg tested positive last week and had to go into isolation and won’t be available Monday.

Sweden will also be without veteran star, Zlatan Ibrahimovic, who ended his five-year international retirement in March but had to rule himself out of Euro 2020 because of a knee injury.

The Swedish attack will likely be led by 21-year-old Alexander Isak, who plays for Real Sociedad in the Spanish league.

"It will be my first final tournament. That’s what I’m most anxious about,” Isak told UEFA.com. "The fact that we start out against Spain is a lot of fun, since that’s where I play my day-to-day football.”

Scotland's first match at a major tournament for 23 years is laced with acrimony for the Czech Republic, who travel to Hampden Monday, having been forced into a last-minute change of training camp and without suspended defender Ondrej Kudela.

Kudela was hit with a 10-match ban for racially abusing Rangers midfielder Glen Kamara when Slavia Prague visited Scotland in the Europa League last 16 in March.

The widespread condemnation of Kudela in Britain has not been reflected in his homeland, where Slavia and many of his club and international teammates have stood by the 34-year-old and claimed there was a lack of evidence against him.

On the field, Kudela's presence will be missed. Without him, Slavia was swept aside by Arsenal in the Europa League quarterfinals and the Czechs are not blessed with strength in depth at center back.

But his ban has not been the only bump in the Czechs' preparations. Thanks to qualifying automatically, months before Scotland did so via the Nations League playoffs, Jaroslav Silhavy's men had snapped up the Scottish national team's normal base in Edinburgh with the first two of their Group D matches in Glasgow before facing England at Wembley.

However, those plans had to be changed just over two weeks before the start of Euro 2020 as the Scottish government refused to ease its strict coronavirus rules for close contacts of a positive case.

Scotland's own bid to qualify was nearly derailed by those rules when key players Kieran Tierney and Ryan Christie missed a playoff semifinal against Israel due to a positive test for Southampton's Stuart Armstrong.

Under those rules, one positive case in camp could force a host of players into isolation.

As a result, the Czechs will be based in Prague and fly into the U.K. for all three of their group games.

To stir the pot even further, the Czech FA even failed in a late attempt to get the match switched from Hampden due to the strict travel rules that prevent traveling fans from attending without spending 10 days in quarantine.

By contrast, Scotland will be roared on by home fans for the first time since November 2019, with 12,000 in attendance.

The Scots have never qualified from a group stage at a major tournament, but will arguably never get a better chance with another home game to come against Croatia and just eight of the 24 teams being eliminated before the knockout phase.

In the other match of the day, Robert Lewandowski’s Poland will take on Slovakia in a Group E battle at St. Petersburg’s Gazprom Arena.