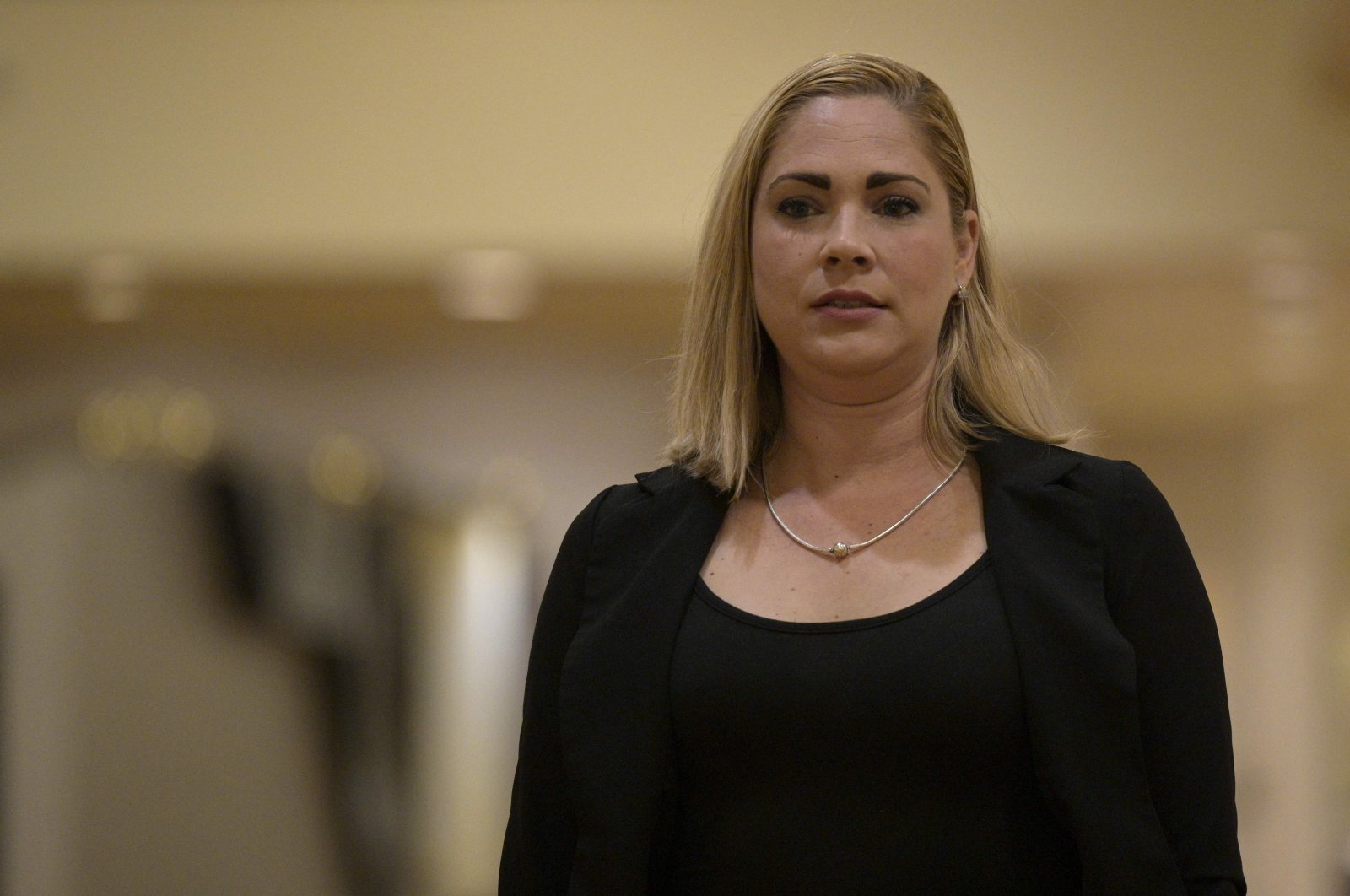 Cuban Mavys Alvarez, who had a sentimental relationship with late Argentine football star Diego Maradona (1960 - 2020) when she was a minor, arrives at a press conference in Buenos Aires, Argentina, Nov. 22, 2021. (AFP Photo)
by French Press Agency - AFP Nov 23, 2021 4:29 pm
RECOMMENDED

Mavys Alvarez, a 37-year-old Cuban woman, has accused Diego Maradona of abuse and rape during an affair with the late football icon as a minor 20 years ago.

The victim, who now lives in Miami, told the press in Buenos Aires how she met Maradona at 16, when the star, then in his forties, lived in Cuba, where he was undergoing drug treatment.

"I was dazzled, he won me over ... But after two months everything started to change," she said, claiming that Maradona, who died from a heart attack a year ago at the age of 60, had pushed her into trying cocaine, in turn making her dependent.

"I loved him but I hated him too, I even thought about suicide," she said.

Maradona is widely considered to be one of the greatest footballers in history and inspired Argentina to the 1986 World Cup.

He died last year after undergoing brain surgery on a blood clot and after decades of battles with cocaine and alcohol addictions.

Alvarez Rego, a mother of two children aged 15 and four, said her relationship with Maradona lasted "between four and five years," but that she was subjected to abuse.

She claimed that during a trip to Buenos Aires with Maradona in 2001, she had been held against her will for several weeks in a hotel by Maradona's entourage, banned from going out alone, and forced into a breast augmentation operation.

She also claimed that Maradona had "raped" her on one occasion at their home in Havana and mentioned several other episodes of physical violence.

Alvarez Rego has not filed a complaint herself but is giving evidence this week in Buenos Aires to an Argentine prosecutor in connection with a complaint brought by an Argentine nongovernmental organization (NGO).

The organization, called "Foundation for Peace," filed the complaint after seeing her confessions in the American media in recent weeks.

The complaint relates in particular to human trafficking, deprivation of liberty, forced servitude, assault and battery.

Alvarez Rego said she was speaking out after so many years of silence in order to balance some of the stories that were being told in a TV series about Maradona in the run-up to the first anniversary of his death on Nov. 25.

She suggested that she would not be initiating further proceedings.

"I have done what I had to do, the rest I leave to the courts," she said.

"I achieved my goal: to say what happened to me, to prevent it from happening to others, or at least so that other girls feel the strength, the courage to speak up."

Five members of Maradona's entourage, who have been implicated, have all denied the allegations via their lawyers. One has filed a countercomplaint against the NGO for slander.