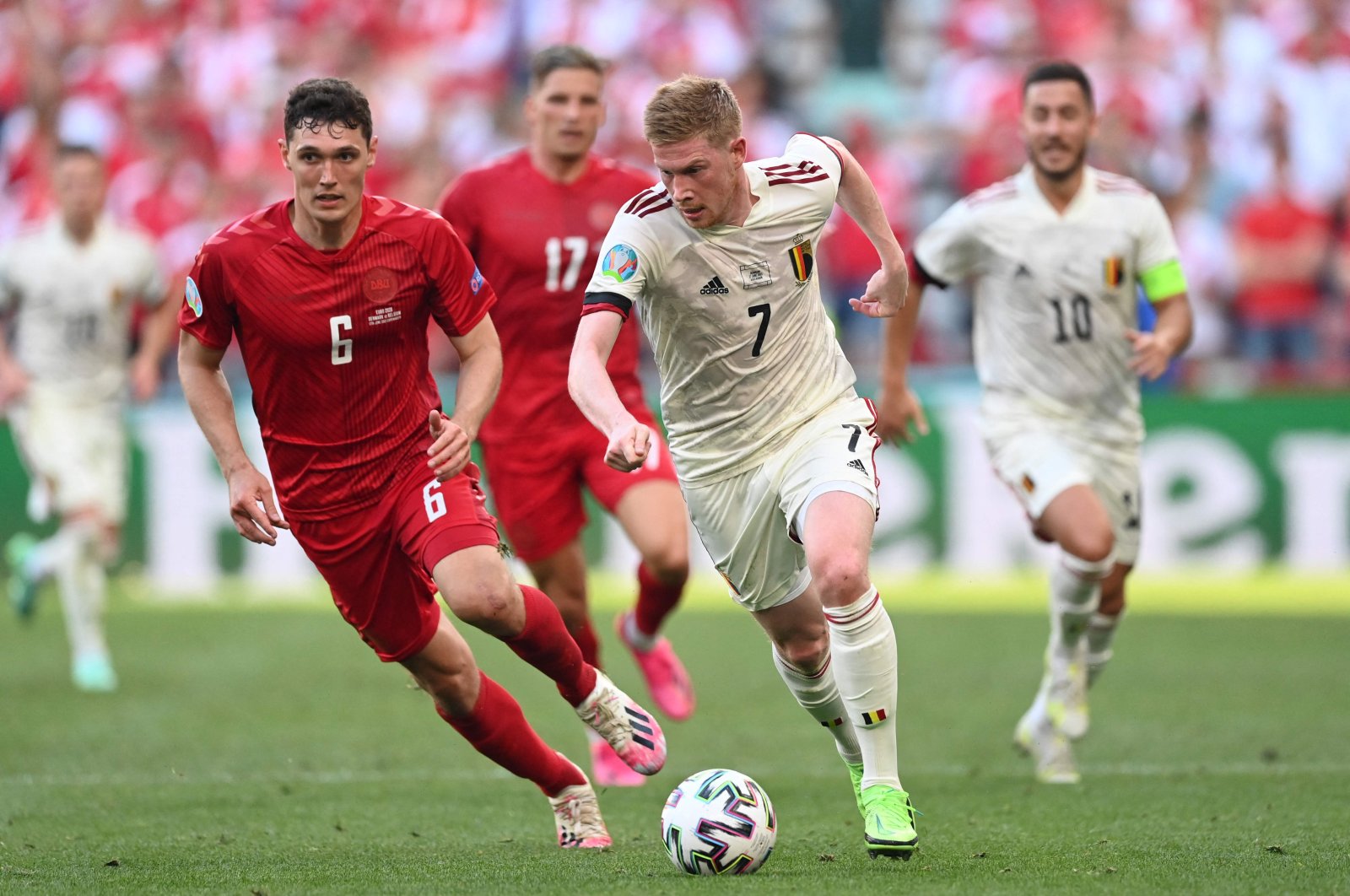 Kevin De Bruyne came off the bench to assist Belgium's equalizer then score the winner himself as they defeated an emotional Denmark 2-1 to reach the last 16 of Euro 2020 on Thursday.

Denmark was playing at their Parken Stadium in Copenhagen just a few hundred meters from where its player Christian Eriksen is recovering in hospital after suffering a cardiac arrest in its previous match with Finland on Saturday.

And they played with tremendous energy as Yussuf Poulsen's second-minute goal inspired them to a furious first half in which world number one Belgium was made to look second rate.

But Belgium bided their time to level when De Bruyne set up Thorgan Hazard 10 minutes after the restart. The Manchester City midfielder, who came on at the interval in his return from facial injuries picked up in the Champions League final, then drilled the winner 20 minutes from time.

Belgium is through to the knock-outs with six points while Denmark, on zero, must beat Russia in their final game on Monday to have a chance. Russia has three points, as do debutants Finland who conclude against Belgium in St. Petersburg.