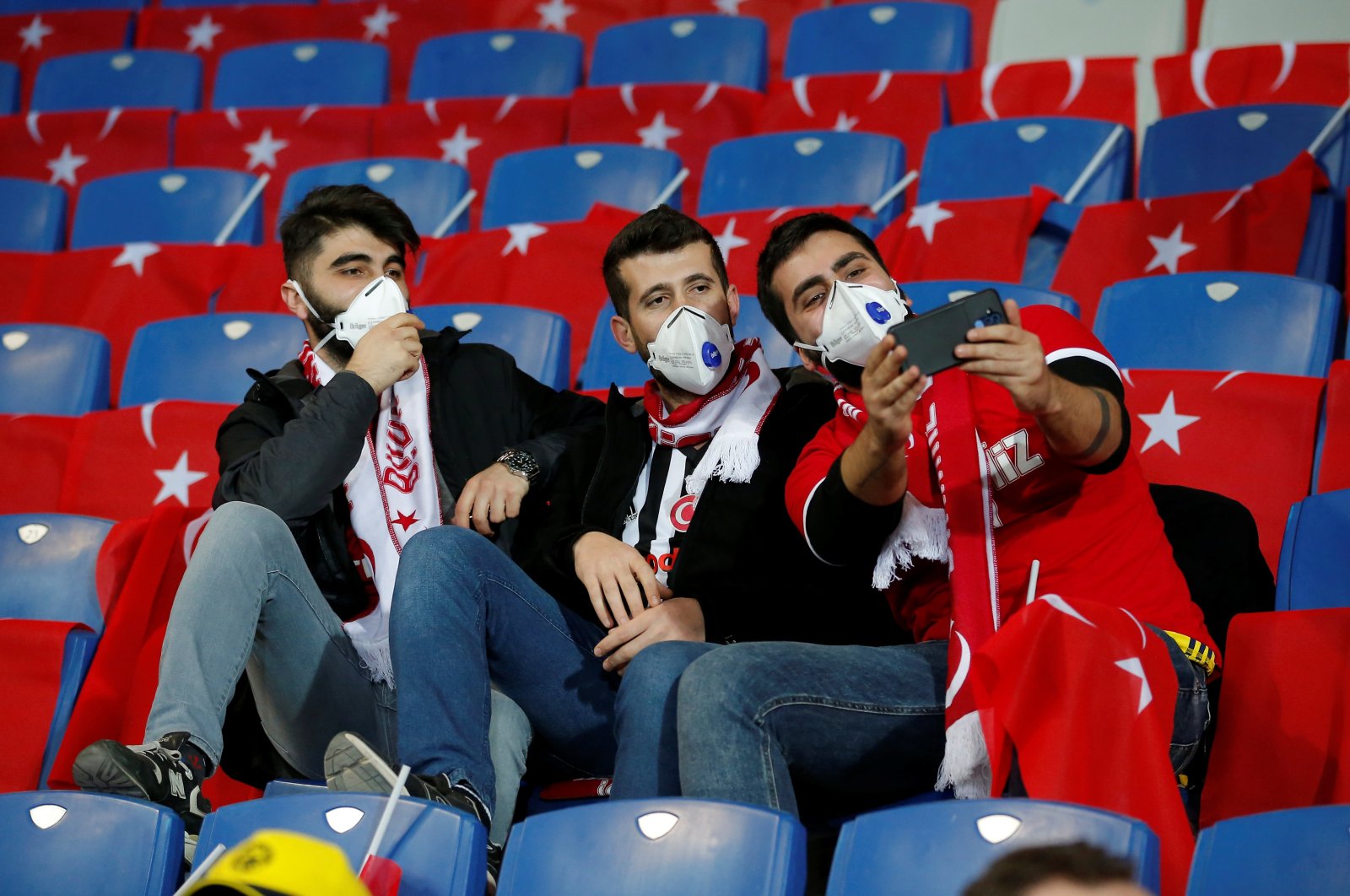 Istanbul Başakşehir fans wearing face masks inside the stadium before the Europa League Round of 16 First Leg game between Istanbul Başakşehir F.K. and FC Copenhagen in Başakşehir Fatih Terim Stadium, Istanbul, Turkey, March 12, 2020, as the number of coronavirus cases grow around the world. (Reuters Photo)
by Daily Sabah with DHA Apr 27, 2020 2:00 pm

The restart date of the last eight weeks of Turkish Süper Lig will be taken in seven to 10 days, a member of the Health Ministry's Coronavirus Science Board said Monday.

Speaking to daily Fanatik, professor Ateş Kara noted that decisions over the correct protocol for relief procedures will be made in light of information gained this week.

“Everything will be recovered slowly and progressively after the epidemic. It is like a fire; it needs to be taken under control initially, which we have done right now. Now, we must be sure that all the flames are completely extinguished,” he said.

Speaking about the reopening of football leagues, Kara said the remaining games would likely be played in one or two designated stadiums.

"If the stadium has the right infrastructure – for example, if entrance and exit doors are suitable for taking individuals in one by one and can maybe hold 1,000 to 3,000. But if there is even the chance of a small mistake, all measures we take would be wasted,” he said.

Speaking about the Champions League final game scheduled to take place in Istanbul, Kara said it would difficult for this to be played with fans present.

“It is not just a final between the two countries involved. People from all around the world come to see this match.

The 2020 Champions League final was set to be played at the Atatürk Olympic Stadium on May 30. However, it was postponed by UEFA in March.