Doha to reinstall Zidane-Materazzi statue ahead of Qatar World Cup 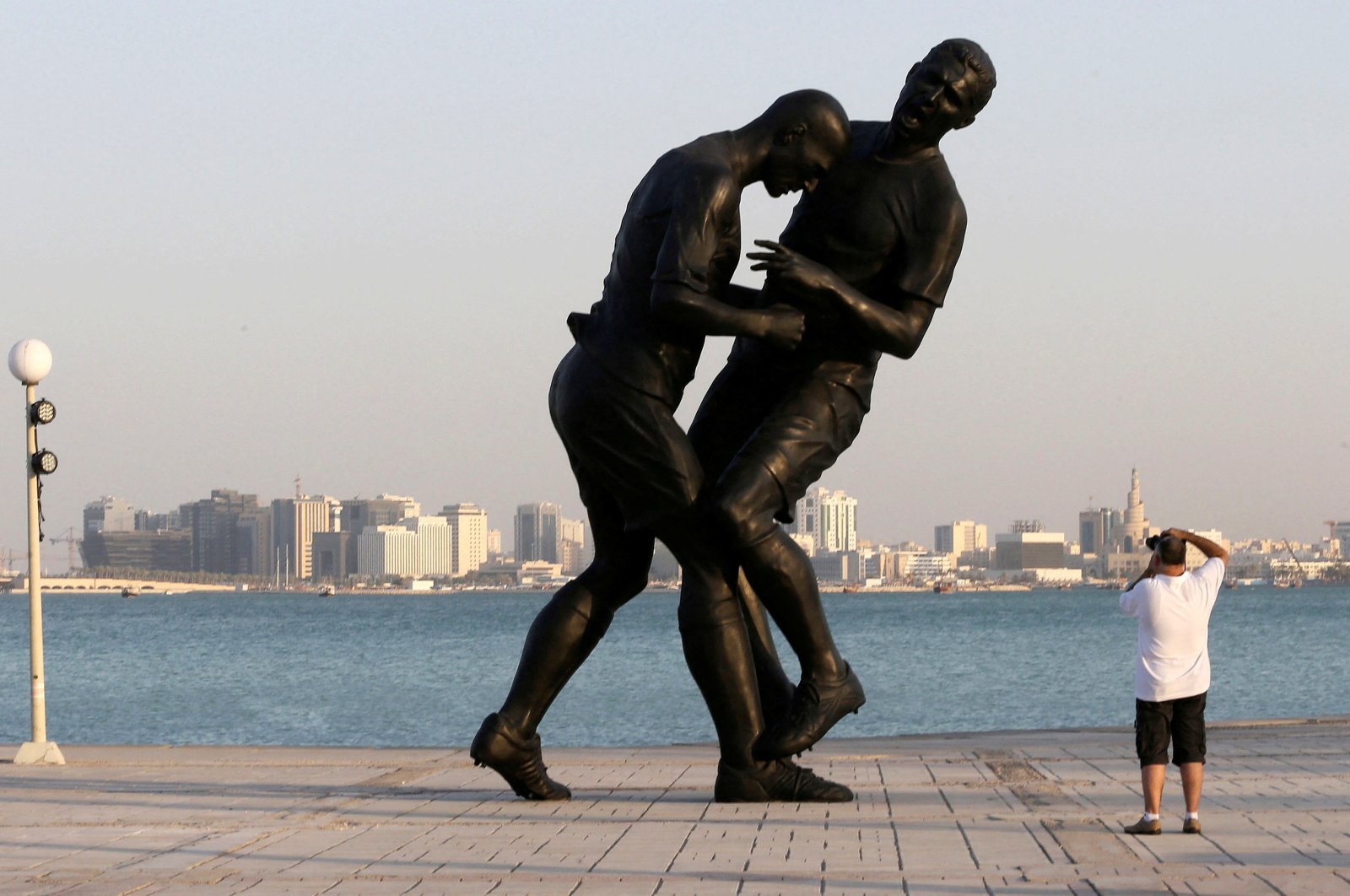 A sculpture immortalizing French-Algerian footballer Zinedine Zidane's head butt during the 2006 World Cup final will return to Doha for the upcoming 2022 World Cup, the head of Qatar Museums confirmed Monday.

The sculpture was installed and later removed in 2013 amid a domestic backlash.

The 5-meter bronze work called "Coup de tête" was removed days after its unveiling after people criticized it for promoting idolatry, while others said it encouraged violence.

"Evolution happens in societies. It takes time and people may criticize something to begin with, but then understand it and get used to it," said Qatar Museums Chairperson Sheikha Al-Mayassa Al-Thani, who is the sister of Qatar's ruling emir.

She said the original site on the capital's seafront corniche was "not right" and that the sculpture would be remounted at a new sports museum in Doha, which is hosting the football World Cup later this year.

Some Muslims believe artistic depictions of human forms should be forbidden to avoid idolatry. While statues are on public display in many Muslim countries, they are less common in the Arab Gulf.

The sculpture by Algerian-born French artist Adel Abdessemed depicts the moment during extra time in the 2006 World Cup final when Zidane head-butted Italy's Marco Materazzi. Zidane was sent off and Italy went on to beat France on penalties.

Al-Mayassa told reporters the aim of displaying the work was to promote conversations about "stress on athletes ... and the importance of dealing with issues of mental health."

"Zidane is a great friend of Qatar. And he's a great role model for the Arab world," she said. "Art, like anything else, is a matter of taste. Our goal is to empower people."