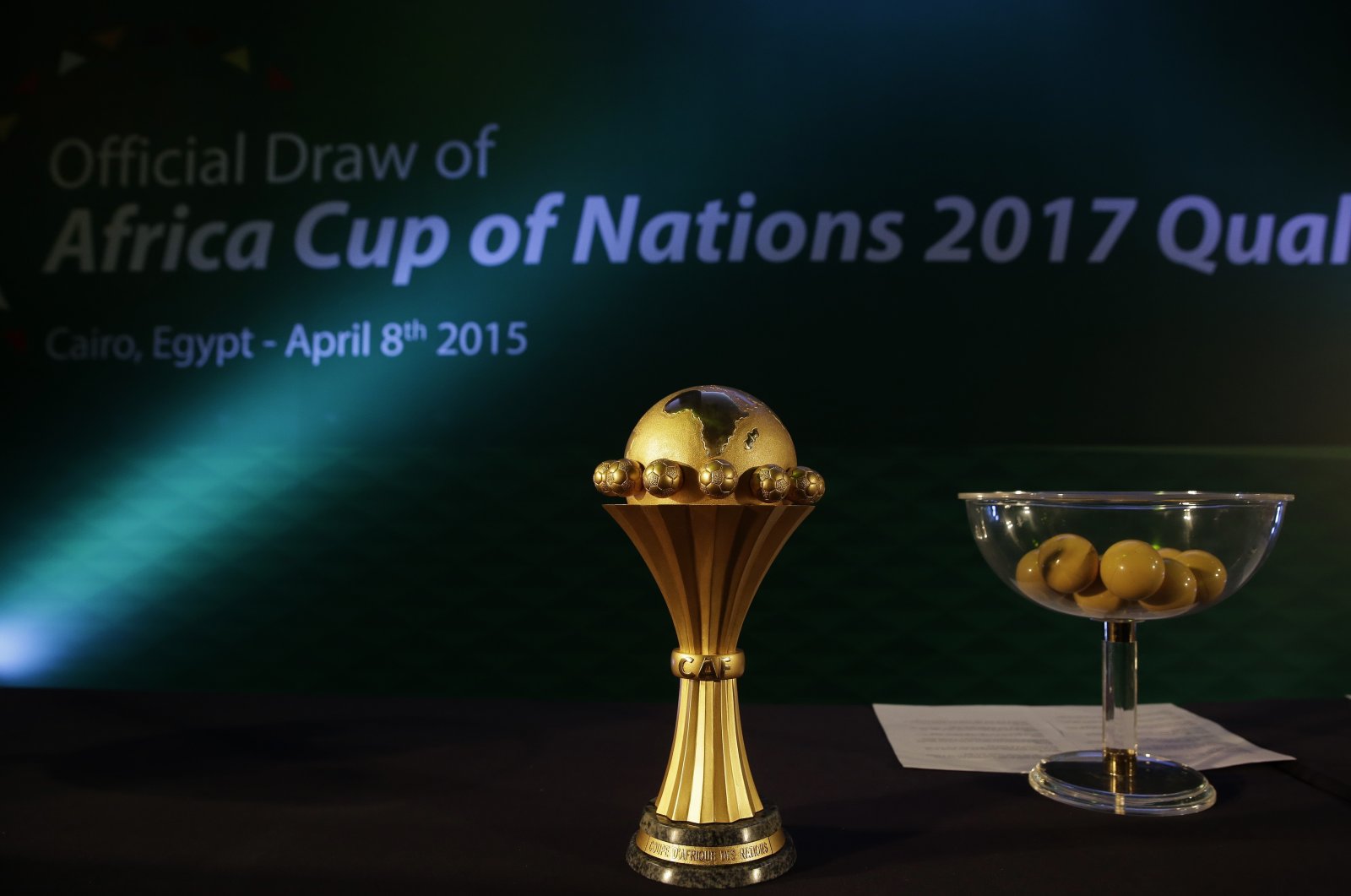 The African Cup of Nations trophy is on display during a meeting of the Confederation of African Football's executive committee in Cairo, Egypt, April 8, 2015. (AP Photo)
by German Press Agency - DPA Sep 09, 2020 6:20 pm

Egypt's Public Prosecution said on Wednesday it will investigate the disappearance of the Africa Cup of Nations trophy, awarded to Egypt's national football team Pharaohs in 2010, from the headquarters of the Egyptian Football Association (EFA).

Chief prosecutor Hamada al-Sawi ordered the incident to be referred to the Public Funds Prosecution for a judicial investigation.

It added that Egypt's Ministry of Youth and Sports had asked the prosecution to launch a probe after EFA officials gave conflicting accounts about the reason for the loss of the trophy.

Egyptian media recently reported that the original trophy of the African Cup of Nations, which the Pharaohs won three consecutive times in 2006, 2008 and 2010, disappeared from the building of the EFA in Cairo.

The EFA confirmed on Friday that it was investigating if the trophies disappeared during a 2013 attack by the hardcore fans of Ultras, in which its headquarters was looted and set on fire.

It said that it was preparing to display the trophies in a small museum being set up at the entrance of its headquarters, but its board was "shocked" to find that a number of trophies were missing, it added.