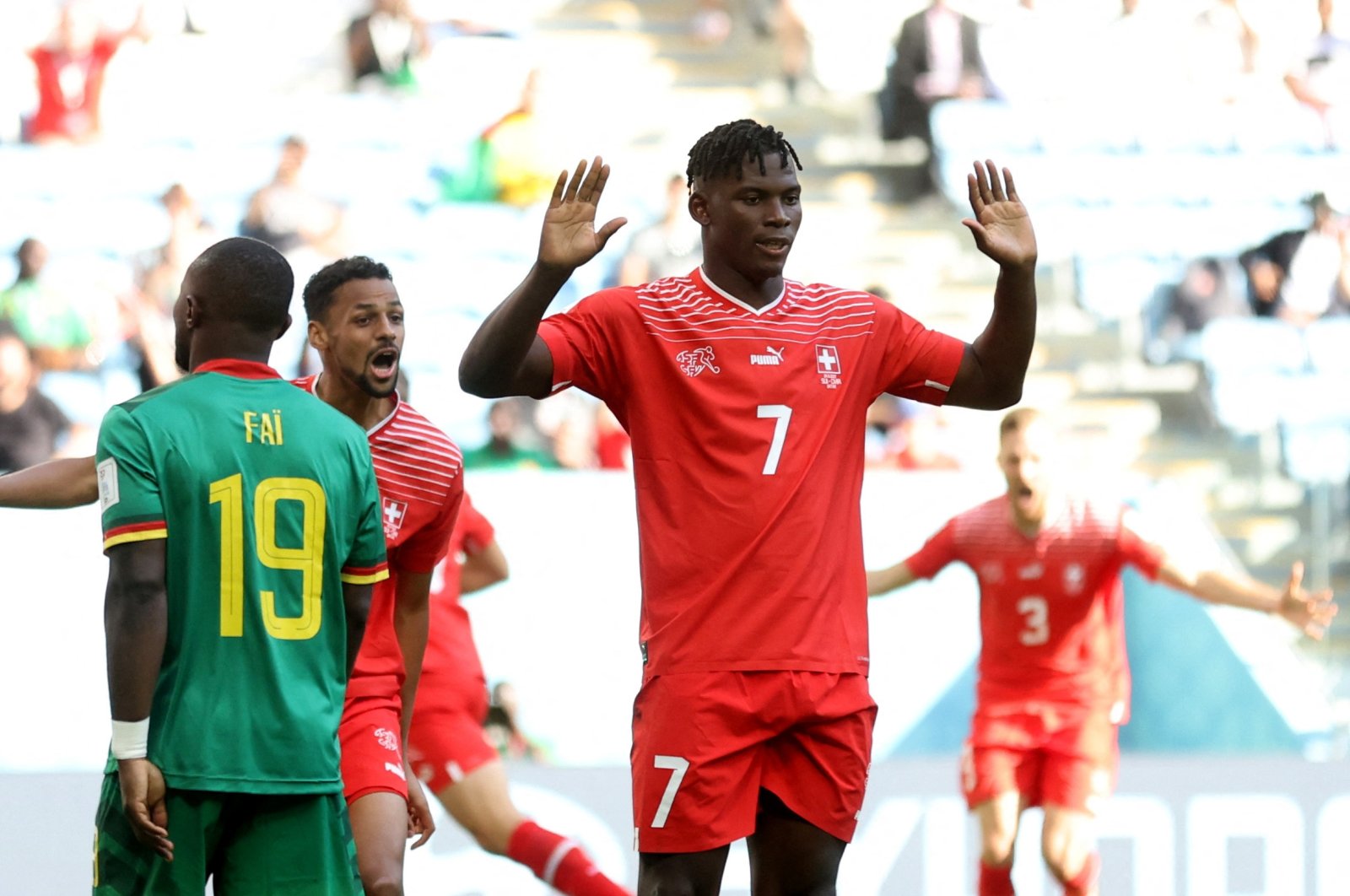 Breel Embolo showed humility and sportsmanship as he refused to celebrate after scoring against the country of his birth as Switzerland defeated Cameroon 1-0 to make a winning start to their World Cup campaign on Thursday.

Embolo struck three minutes into the second half at Al Janoub Stadium as Switzerland secured a vital three points in a group that includes tournament favorites Brazil and Serbia.

Cameroon has now lost its last eight World Cup matches going back to 2002.

Roger Milla was presented with an award before kickoff as the oldest goalscorer in World Cup history, a reminder of past glories for Cameroon, who has won just one game since reaching the quarter-finals 32 years ago.

Cameroon coach Rigobert Song, who played at four World Cups including with a 42-year-old Milla in 1994, opted for the in-form Eric Maxim Choupo-Moting to lead the attack in place of usual captain Vincent Aboubakar.

African teams had made an encouraging start in Qatar after all five failed to get past the group stage in 2018, but Cameroon will regret not making more of a first half they controlled.

Bryan Mbeumo fired at Yann Sommer after a superb ball through from Martin Hongla before Karl Toko Ekambi lashed over the rebound.

Sommer then got down low to save from Choupo-Moting after he pinched the ball away from Manuel Akanji, although a questionable foul was given against the Bayern Munich striker.

Silvan Widmer made a vital challenge to stop Toko Ekambi from turning in a cross from Collins Fai and Sommer pushed away a weak effort by Hongla.

Akanji glanced wide at a corner as Cameroon switched off on the stroke of half-time but there was no such escape when they were again caught napping at the start of the second half.

Granit Xhaka and Remo Freuler worked the ball out wide on the right to Xherdan Shaqiri whose low cross into the area was swept home by an unmarked Embolo, who chose not to celebrate against his birth country.

Choupo-Moting neatly weaved his way past a couple of defenders in the box but couldn't beat Sommer from a tight angle.

Andre Onana kept Cameroon in the game with a brilliant stop to deny Ruben Vargas, who found himself completely free in an almost carbon copy of Embolo's goal.

Only a desperate block prevented Haris Seferovic from adding a late second.

Song said the rankings meant nothing coming into the tournament, but Cameroon's eighth World Cup appearance risks being brief with games to come against Serbia and Brazil.