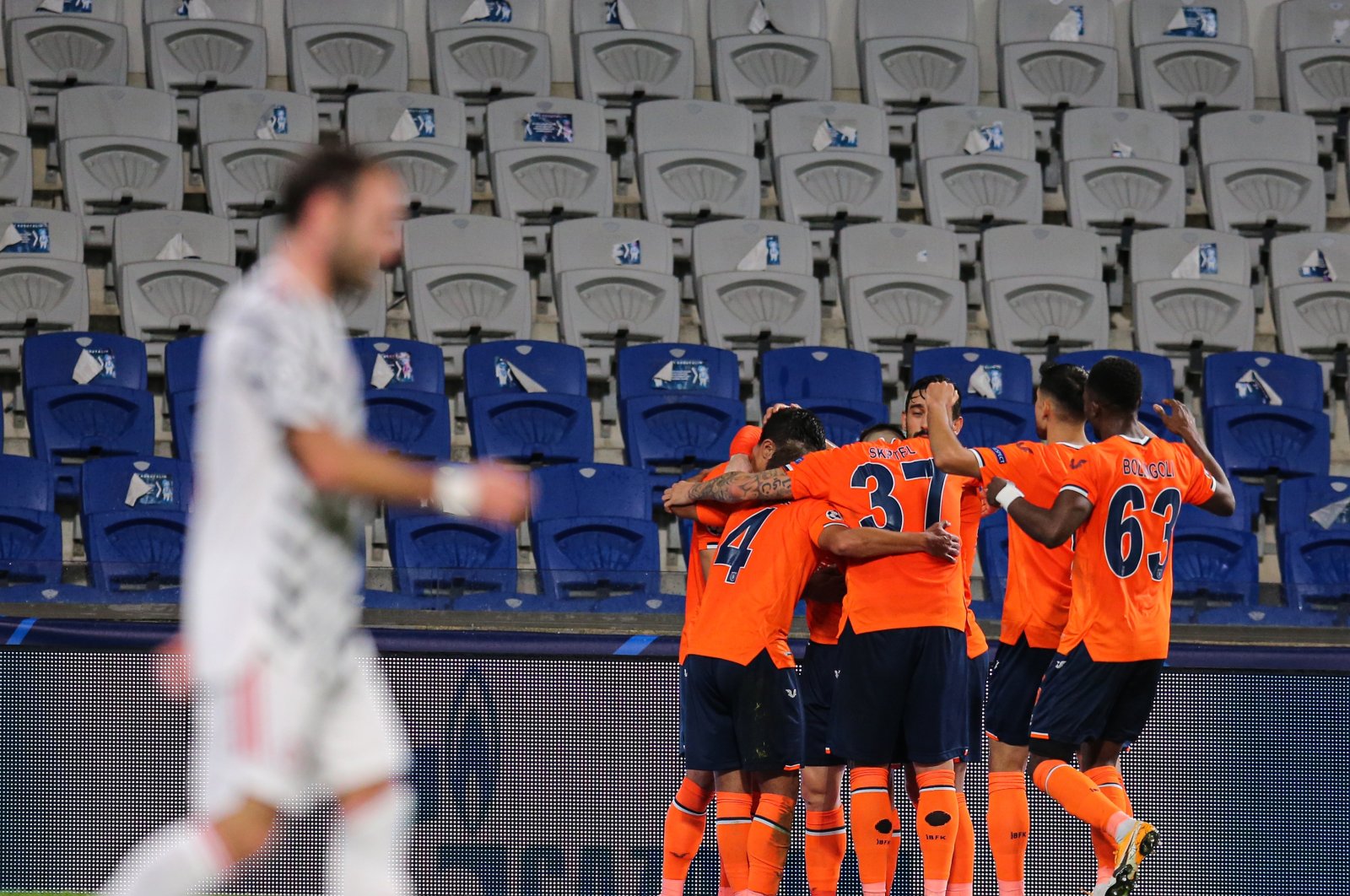 Istanbul Başakşehir picked up its first-ever Champions League victory with a 2-1 win over Manchester United on Wednesday, sending the three-time European champion back to England in disbelief.

United, floundering in the lower reaches of the Premier League, started the game as firm favorites after an impressive win against Paris Saint-Germain and a 5-0 humbling of RB Leipzig.

But the defeat in Istanbul badly exposed a short of inspiration and basic defensive errors at the Premier League powerhouse.

United started the game in the comfort zone, appearing to underestimate its opponent due to its newcomer status and a general lack of experience in European competitions.

The mood at United, however, changed quickly after Başakşehir went ahead in the 12th minute after inexplicably poor awareness and organization allowed unmarshalled ex-Chelsea forward Demba Ba to collect a long ball and race from the halfway line to score, trailed helplessly by Nemanja Matic.

Axel Tuanzebe, who impressed in Paris, had a heart-stopping moment after he pulled Ba back but escaped with a yellow card.

Başakşehir remained threatening on the break, with United worryingly open at the back, and the visitors were caught napping again five minutes before half time.

Deniz Türüç robbed Juan Mata of possession down the left and raced forward, sending over a cross that Ba stepped over and Visca smashed past Dean Henderson, making it 2-0.

United crucially reduced the deficit in the 43rd minute when Martial steered a Shaw cross home with his head.

Solskjaer hooked off Tuanzebe at the interval, with Scott McTominay coming on and Matic dropping back to play at center back alongside Harry Maguire.

United once more enjoyed the territorial advantage at the start of the second half and Bruno Fernandes had a free-kick pushed away.

Solskjaer threw on Edinson Cavani and Paul Pogba in place of Mata and Donny van de Beek to add impetus to the attack but ponderous United struggled to create clear chances.

Mason Greenwood came on for Rashford as United continued to search for a way through.

United went agonizingly close to an equalizer in stoppage time when Alexandru Epureanu hacked off the line but it was not enough to rescue a point in the Group H meeting.

As the final whistle blew, Başakşehir players were visibly euphoric after witnessing their hard work finally paying off.

From being crowned Turkey's sixth-ever champions last summer to competing among Europe's top clubs, they notched another success in their sheet by downing a Champions League giant.

Speaking after the match, Başakşehir coach Okan Buruk said he was overjoyed to finally get a result they deserved.

"As I have said before, we couldn't get the results in our past two matches, even when we played our best. Looking at tonight, we scored two goals and got three points. We played just like we had played and took control of the game," Buruk said.

"It was a very important win. We are really happy to defeat such a strong opponent," he said and congratulated his players for the result.

Speaking about Ba's first goal, Buruk said it was "unbelievable" how United players allowed the chance.

"When Visca passed the ball, Ba was completely unmarked. He was unmarked for quite a while, it was a really unbelievable position. I don't know how they allowed it to happen," he said.

United's defensive errors were on everybody’s error on Wednesday night.

Solskjaer said the performance against the hardworking Turkish side was not good enough.

"They scored two goals like you do in Europe when you do not defend well enough," he told BT Sport.

"The first one is that we play a short corner and forget about the man up top. That is unforgivable. The second one as well, we are not very well organized to counter the press."

"You don't turn up and get three points in the Champions League," he added. "They are a team well organized and we were not good enough. That is it."